Simon and Paola Visit From Brussels

Last weekend we received a visit from my internet friends, Simon and Paola, whom I visited in Brussels last October. They've been long time readers of this blog and I was excited to get to show them all that I love about my little corner of the world, from the sea to the wine, to the mountains, to the wine, to the food, to the wine. Oh and introduce my family to them. It wasn't easy, but I took a day off work and showed them what we have to offer. 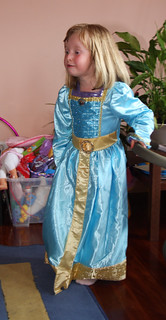 On the day they arrived, it was drizzling for most of the afternoon, so we stayed at home and chatted for a couple hours. They immediately ingratiated themselves with Nora by giving her a perfectly-fitting princess dress that she absolutely loved, and also by being willing to get down on the floor and play with her. Paola had clearly been looking forward to holding our infant son, and he very much enjoyed her practiced technique, falling quickly into peaceful slumber on her shoulder.

Marga only knew a little bit about Simon and Paola from bits and pieces I've shared with them over the years and from visiting Simon's blog occasionally, so they had a lot to catch up on. Our stories of romance, finding a country in which to live together, and learning each others' languages share many commonalities. There were many questions about our respective school systems and multilingual parenting. It's easy to talk to interesting people. 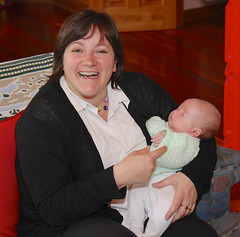 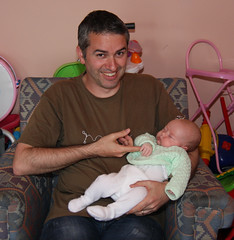 Their youngest child is six months younger than Nora. Holding someone else's baby can be a lot of fun, since you can hand it off when a problem arises. 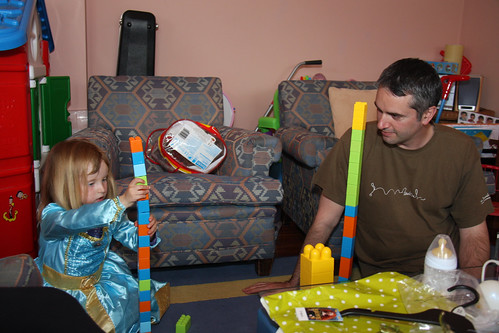 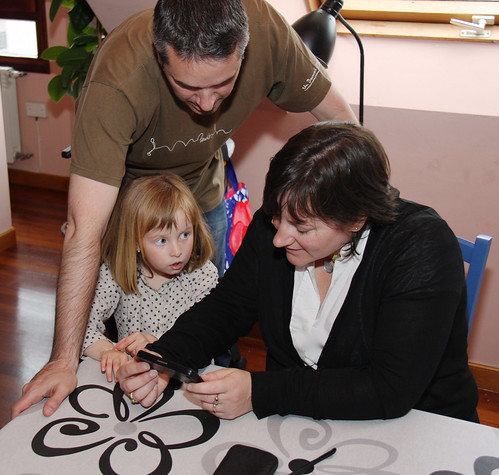 Nora was curious about the Skype call to their kids back home. That she would be this close to strangers after only a few hours shows how much she liked them.

After a walk around town to show off our landscape, we came home for a homemade tortilla de patatas, a specialty of mine, and then it was time for bed. Because we planned to go out, the four adults, on Friday night, my in-laws were going to come to babysit, which meant that we didn't have space to sleep everyone, so Simon and Paola stayed in a nearby hotel.

On Friday morning, we went to Laredo. Since our car only seats four people, it was a bit of a missionaries and cannibals problem to get us all there. I ended up dropping Simon and Paola off in Laredo before returning to get my wife and baby. We had a pleasant walk around Laredo, but soon it was time for me to go back to Colindres to get Nora from school and bring her to Laredo as well. Then we set off for tapas and wine, a mission that lasted several delicious hours. 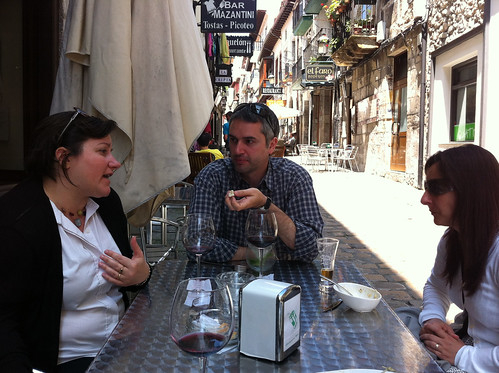 We know how to relax in Spain.

After lunch, we returned to Colindres in two trips, and rested for a few hours. My in-laws showed up, and just before we were ready to leave for the restaurant, my father-in-law suggested we go down and fix the burned out tail light on our car. He motioned for Simon to come, as he, with his Y-chromosome, must clearly be knowledgable about fixing cars. Simon and I shrugged and followed him down to the car. Strangely enough, the task actually required all three of us, my father-in-law to figure out how to get to the light from inside the trunk, my brawn to unscrew the plastic nut holding the compartment closed, and Simon's observation on how to screw the lightbulb in properly so it made good contact with the electricity. 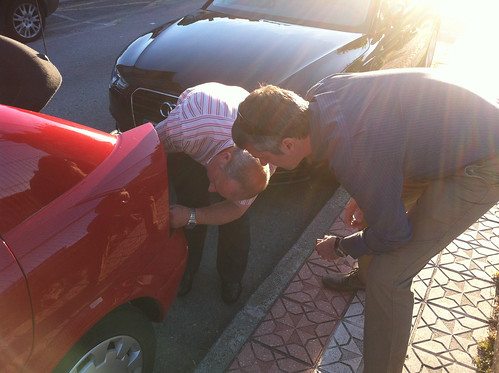 The joke just writes itself!

Soon we left for dinner at Restaurante Solana, but that's a story for another post.

On Saturday morning, we decided to take Simon and Paola up to the Pico de las Nieves, a nearby mountain that has pretty easy access to the peak. It turned out to be just the right amount of exercise, fresh air, and photographic opportunities. 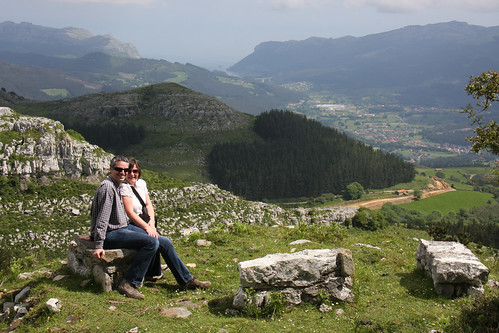 My photo of this "heart shaped forest" is one of my most popular photos on Flickr. It was perfect for this photo to celebrate their tenth wedding anniversary. 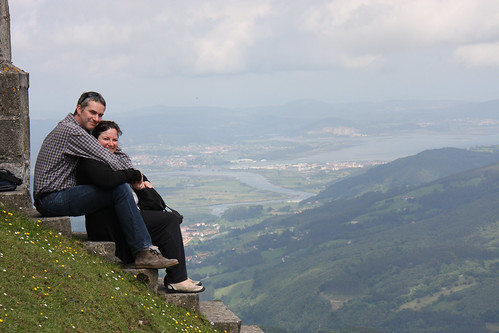 Simon and Paola and Colindres far below. 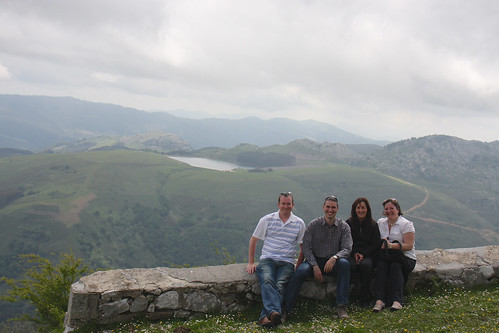 The four of us on the mountain. Visibility was not perfect, but good enough. 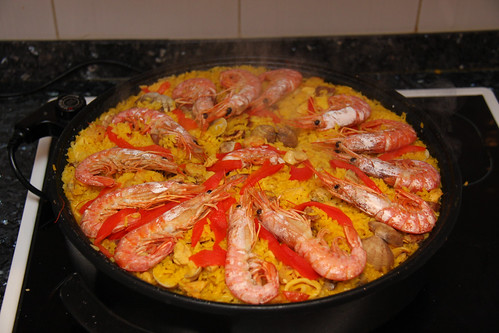 Upon returning home, we found that my mother-in-law had been busy making one of her delicious paellas for lunch. Since we were a little early, we had time to dart out for a wine or two before lunch. After lunch, I drove Simon and Paola to Bilbao, where they checked into their hotel and then I drove them to the casco viejo, the old part of the city and left them to do some shopping.

It was a positively delightful visit with lovely people, all made possible by meeting people on the internet via blogging and social networking. Pretty amazing. I very much look forward to our next encounter, be it in Brussels or Spain.