Ian is One Month Old

Today Ian turns one month old. It's been both a long and a quick month. He's grown quite a bit. While he weighed less than his sister at birth, she was only 3.6 kg at the one month mark, and he's already up to 4 kg. His size difference is already noticeable, as he's much larger, especially his head, than he was at birth. Probably because he never stops eating. All the parenting pamphlets say that newborns need to eat roughly every three hours, but apparently Ian can't read the pamphlets, because he's hungry pretty much every hour. We had a pretty good tradition of celebrating Nora's first eleven cumplemeses, month birthdays, with a meal of homemade hamburgers and fries and it looks like we're on track to continue with Ian. 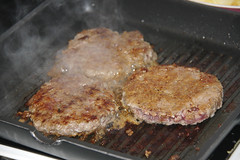 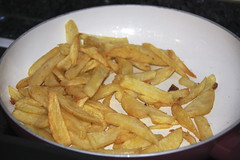 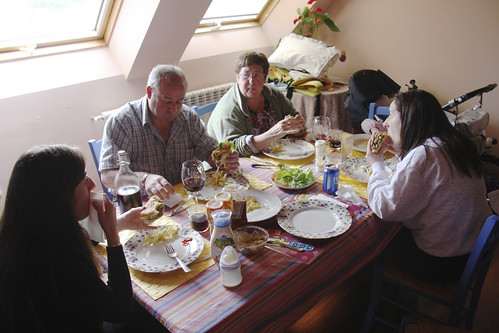 My wife's parents have only ever eaten hamburgers at my house, I think. 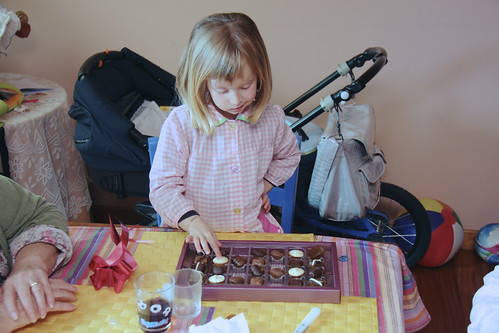 Big Sister gets first dibs on the bonbons. 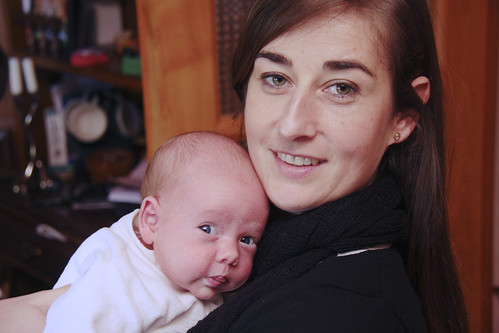 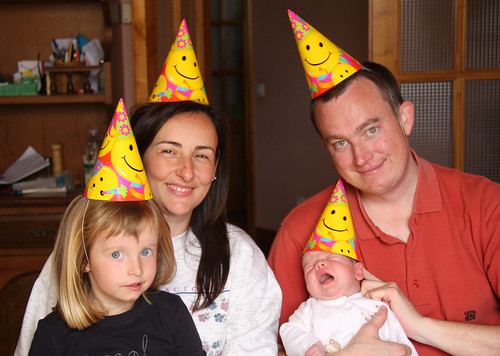 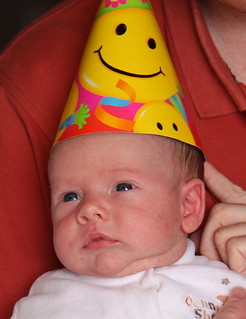 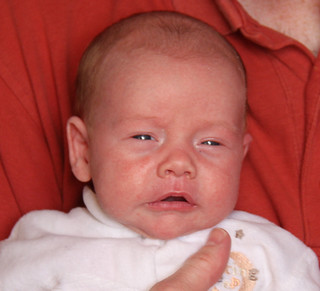 The birthday boy. Much more awake than his sister was. 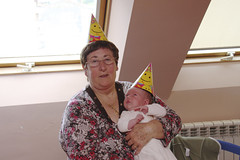 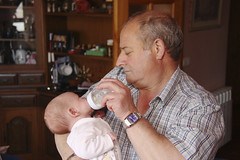 With his abuela, and a snack with abuelo. 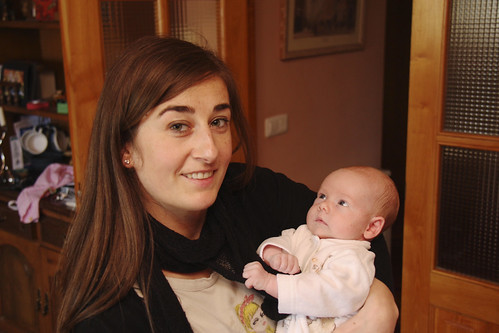 He seems to be a pretty photogenic lad so far. 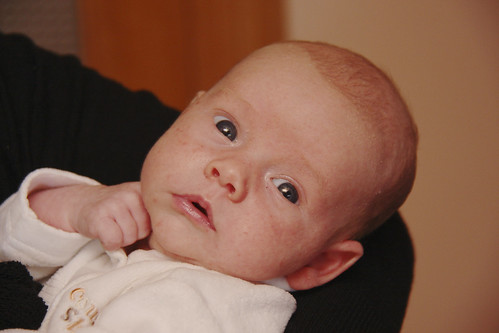 Happy birthday, son! May you live many, many, many more months.