Well, we finally had our first incidence of one of my children making the other cry with pain. To be honest, I was surprised that it was the little guy that initiated what every prognosticator of sibling relationships assures me will be at least a dozen year conflict. Let the record forever show that "He started it!" Although it wouldn't take much of a baby lawyer to throw charges of premeditation into doubt. He was only 16 days old.

My infant son was looking so adorable on his changing mat, which his sister got plenty of use out of, and I had the idea of having her lie down with her head next to his, for a cute sibling photo shoot. I only got one good photo before things turned ugly. 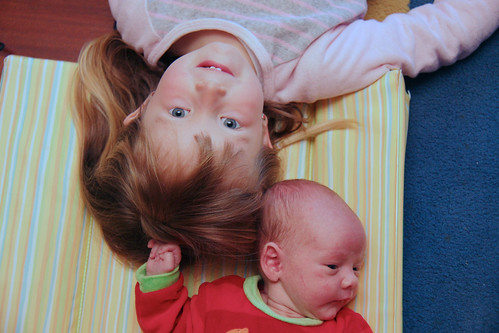 This is the one good picture I got. Clever idea, don't you think?

Now on to the carnage… 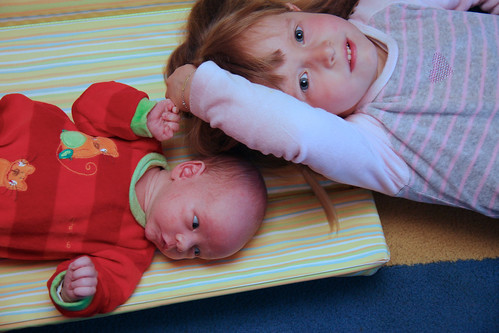 Fistful of hair, and concern passing over his sister's face. And… 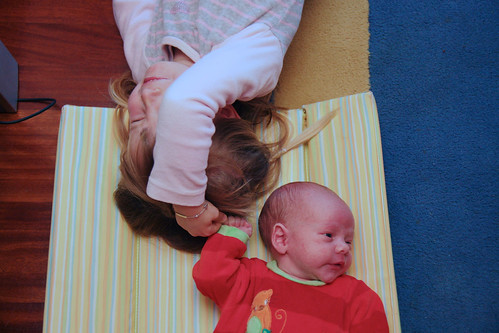 The job of a war photojournalist is a tough one. RIP, Chris Hondros. When do you put down the camera and try to intervene, and when do you let the conflict play out and document it for the world to see. At this point, I chose to put down the camera and dip my toe in the immense lake of sibling dispute parenting for the first time. I managed to pry his surprisingly strong fist open, and his victim scurried away to safety. 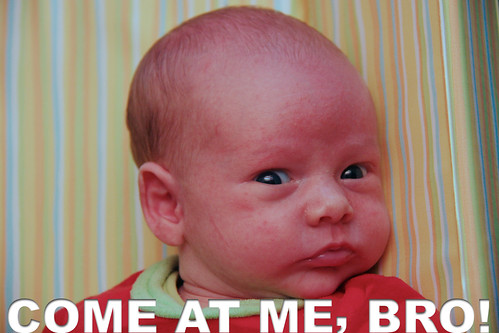 About fifteen minutes after the incident, my wife noticed something glistening in Ian's hand. 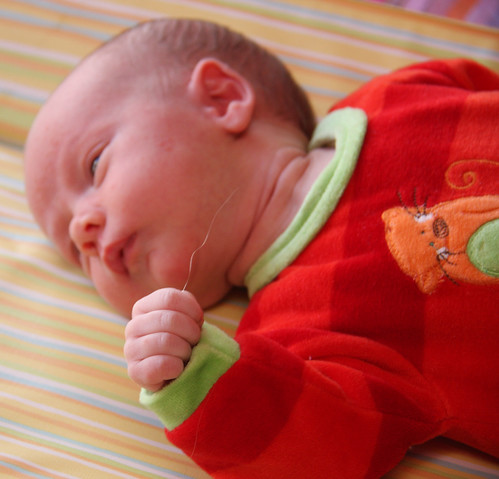 He kept a souvenir! That's cold.