Visit from Jeanie and Kit

We had a lovely visit this weekend from my second cousin, once removed, and her husband. My parents and I visited their house, in Cupertino, California, once twenty years ago, and the last time I saw them was about twelve years ago at a family reunion at my grandparents' house in Ann Arbor, Michigan. But for all intents and purposes, they were strangers to me. So much so that when we visited San Francisco 2.5 years ago, they never occurred to me when thinking of people I knew in the Bay Area to visit. Although we share some genes (and a Jean, as her namesake and Aunt Jean was my maternal grandmother), what they really were to me were internet friends. I got to know Jeanie after she friended me on Facebook shortly after we dissed her on our San Francisco trip, and we've grown to quite like each other over the past couple of years. Their visit was going to be another data point my "meeting people you only know over the internet" experiment… Jeanie and Kit have been doing a whirlwind Spanish vacation, visiting Madrid, Barcelona, Sevilla, Toledo, Granada, San Sebastian, and Bilbao in just three weeks. Their itinerary had them passing through humble little Colindres on April 20, my mother-in-law's birthday and not-unlikely birthday of my in-utero son. At first it seemed like bad timing that we wouldn't get to celebrate my mother-in-law's birthday with her, but then, at sort of the last minute, we decided my wife's family should come too, that it would be even more awesome for Jeanie and Kit, weary from hotels and tourist attractions, to attend a real Spanish family party; it would make their visit even more authentic. 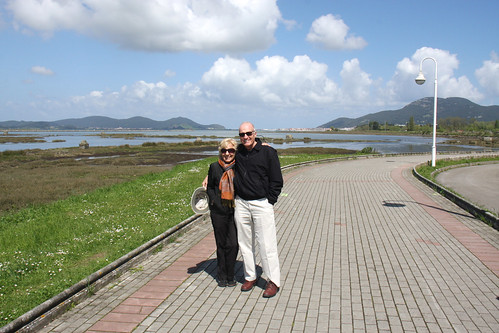 The Colindres "maritime walk" is always pleasurable, but especially with good weather.

Neither I, nor my wife's family has ever seen Nora warm up to anyone as fast as she did to Jeanie. After the obligatory walk around town and stop for wines, we came home to cook the rice for the paella my mother-in-law prepared. As I was setting the table, I heard voices from somewhere in the living room, but 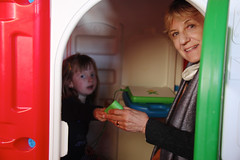 I couldn't see anyone. Soon I discovered that Jeanie and Nora were inside Nora's playhouse talking. Jeanie mentioned something about, "No boys allowed", and she was immediately inducted into Nora's circle of confidants. After that, as my mother knows all too well, the two were inseparable. Throughout the meal, Nora's Spanish grandmother kept making comments like, "And she lets her touch her hair!" in mostly-but-not-entirely feigned jealousy. The rest of us were equally agape at the power of the bond. 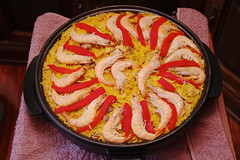 After our lovely paella, we went to the nearby must-see attraction of Laredo, to show off our spectacular beach. Then we walked through a tunnel that's worth the time to see, and up into the old time to stop for a beverage before heading back home. My parents-in-law and sister-in-law said their adióses and drove back to their town, and we headed home to make dinner. Several times during the gathering, my wife's family commented privately to me about what nice people Jeanie and Kit seemed to be (asking for seconds is how I got them to fall in love with me) and I could only agree with them. 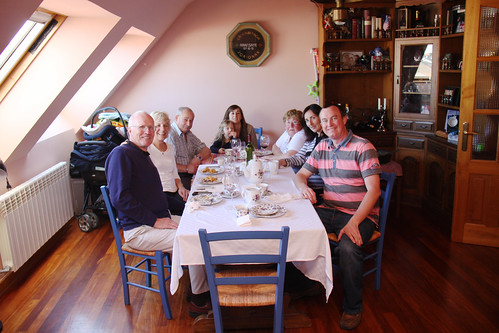 One curious thing about our visit was that every time we would tell them something about Nora, they would say, "Our daughter, Katie, was just like that at Nora's age," and every time they would tell us something about their daughter when she was young, we would think, "Whoa! That sounds just like Nora." She doesn't like loud noises; she doesn't like riding in the car; she likes performing in front of an audience of trusted people; she likes telling adults what to do; she sleeps well at night, but doesn't nap; she takes a while to warm to new people…the list went on and on. It was quite eerie. 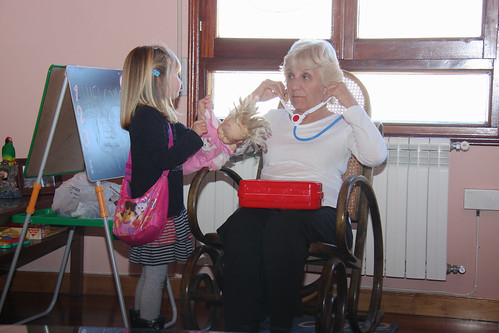 "Doctor, my baby has a cough."

This morning Jeanie and Kit left for one of Cantabria's premier tourist destinations that we've never seen, the village of Santillana del Mar, which they joke is neither "santi" (holy), "llana" (flat), or near the "mar" (sea), before heading back to California later this week. 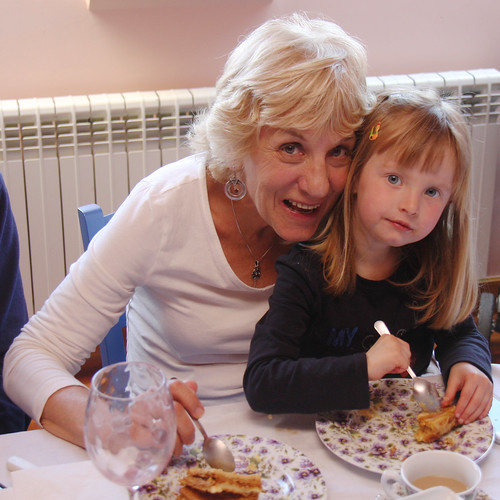 Jeanie and Nora having too much fun together.

So once again, we've got another data point in the Very Positive column for meeting internet friends. It turns out that a year or two of Facebook friendship really is enough to know if you're going to enjoy spending time with someone. And again, I'm disappointed by the fact that they live so far away and that getting together for another visit is going to require a lot of effort, but I'm so very pleased that they stopped by and got to know me and my family a little better. 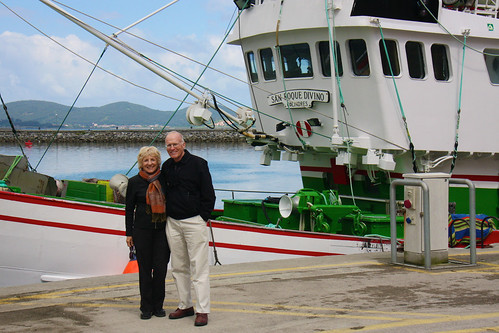 Come back any time, Jeannie and Kit!