This weekend we finally got around to inviting our friends Agustí­n and Ana over so they could teach us how they make their Rice With Lobster dish that we had one time at their house. The day before, Ana and Marga went shopping to buy the lobster. The first fishmonger they visited had only one living lobster and some dead ones, so they went to another where they purchased two beautiful living lobsters. When they arrived on the day of the meal, they brought their paellera, a big dish for making paella, and their gas stove on which to heat the paellera evenly. These paelleras and stoves are sold at any Spanish hardware store and any self respecting Spanish household owns one. They also brought a lovely bottle of Riesling. Before I get to the recipe, let me discuss vocabulary. I was always taught the word "langosta" for "lobster", but, apart from also meaning "grasshopper", the word langosta primarily refers to the species of lobster caught on the coast of North America, Homarus americanus. The word "bogavante", on the other hand, refers to their European cousin, caught on the other side of the Atlantic, the European lobster, Homarus gammarus.

A delightful Spanish seafood dish with calamari, lobster and rice. 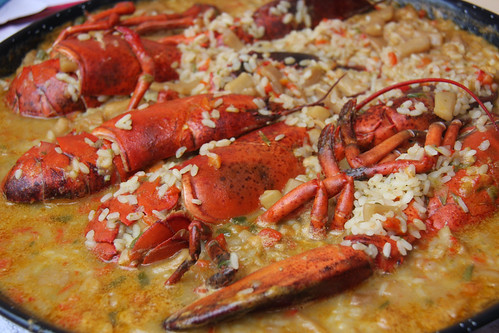 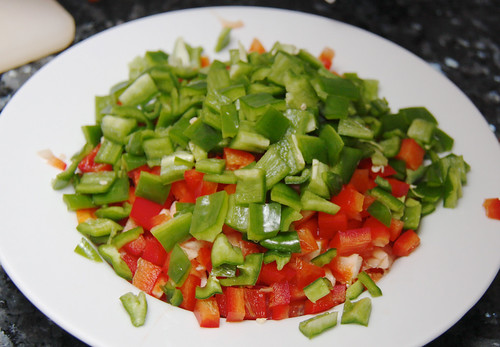 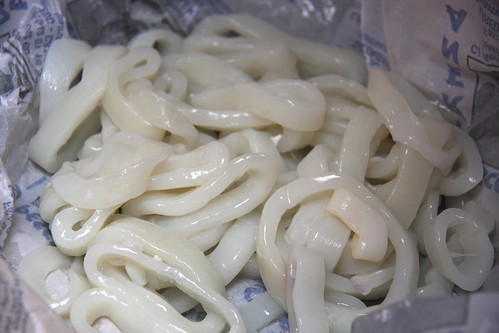 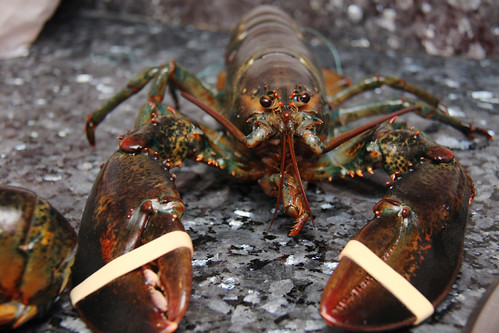 Don't look directly into its eyes. 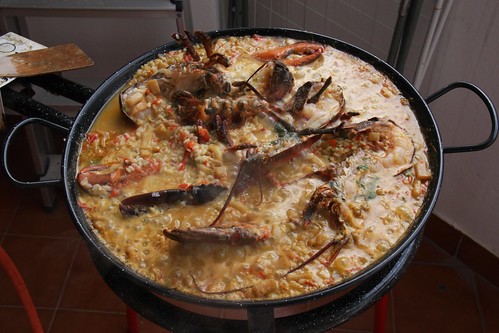 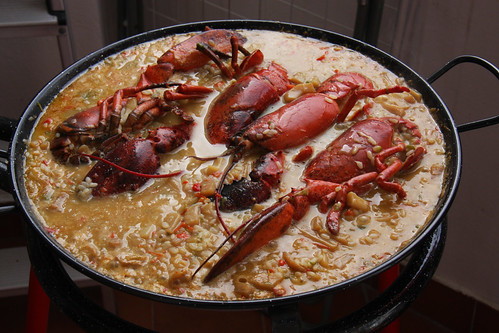 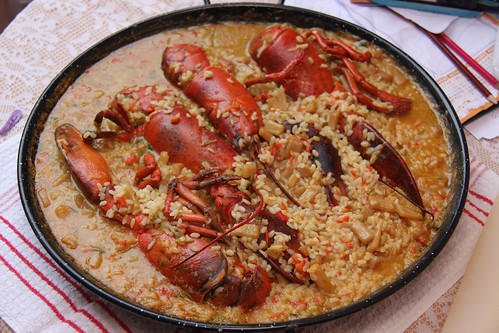 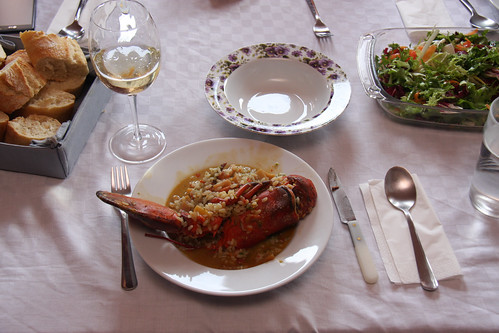 This dish is very delicious, and easy to make if you have the right equipment and strength to chop a live lobster in half. There are few foods as delicious as fresh lobster tail, and the rice really fills in the plate to make this a complete meal. We will definitely be making this again. 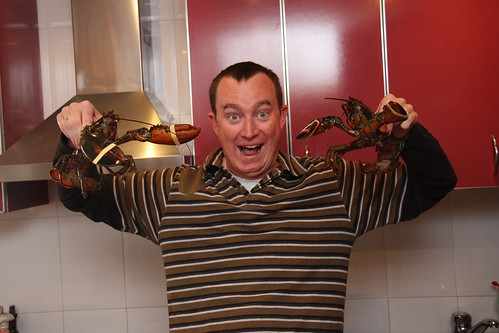