I don't think I'll ever buy a red car again, at least not until I'm a multimillionaire with a six-car garage. My first car was a red Honda Civic, which I loved dearly and can still see and smell if I close my eyes. Our current car is a red Opel Astra, which is very similar to my Civic. We bought it eight years ago when we moved to Spain. Apparently the problem with red cars is that their paint fades much more quickly than other colored cars. Presumably it has to do with reflecting the longest wavelength (red), which has the least amount of energy, and absorbing all the high energy sunlight. For the past few years, our car has been more orange than red. 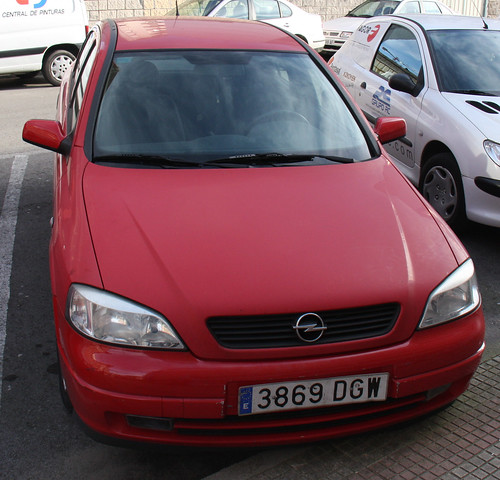 It doesn't really show up very well in a photograph, but the red that is left is extremely faded and quite matte. 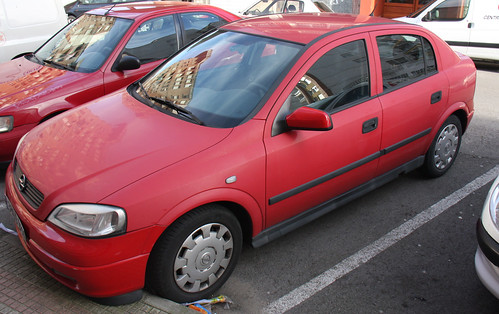 This week we had our car painted. It was expensive as hell, well over 10% of the original sticker price, but our insurance, which we've been paying diligently for years and never claiming a dime from, paid for the whole thing. 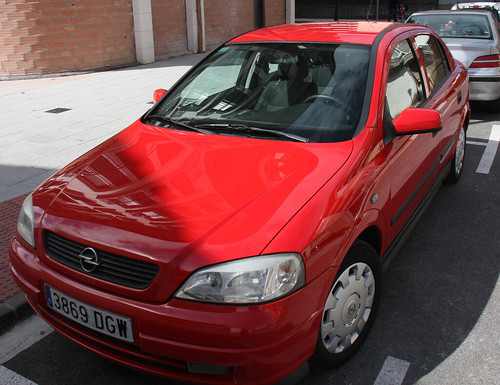 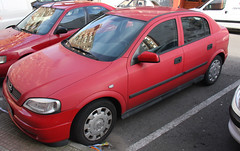 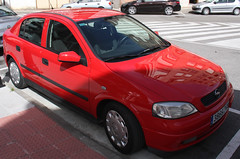 Here are the before and after shots for comparison. The lighting is different, but the difference is still very noticeable.

Of course it'll turn dull and ugly in a few short years parked in the sunshine, but for now we can hold our head up high when we use our vehicle.