Due to Easter falling early this year, the annual local children's Carnival celebration fell during my annual February golf trip. I was quite disappointed, since I have very much enjoyed photographing the festival in past years. However, it has been raining pretty much nonstop for all of 2013, and the weather got particularly bad last Friday when they were scheduled to have their parade, so all the activity was kept indoors. There is some talk that they might try to do the parade later this week. Much to my delight, Nora's teacher emailed me some photographs. I assumed she'd just email all the parents the same group photos, so I'll be honest and admit that when I saw the first one, I thought, "Hmm, I wonder who that little boy is. He must be from another class." I'm so used to her bangs and long blond hair that, when it was hidden underneath the hat, it took me a couple seconds to recognize my own beautiful daughter. 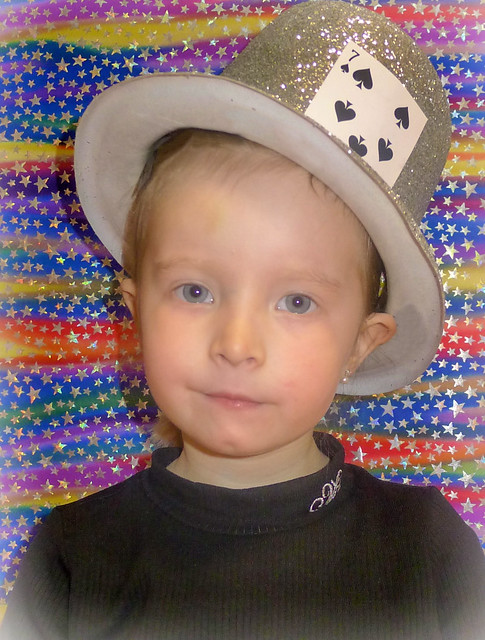 My little seven of spades. 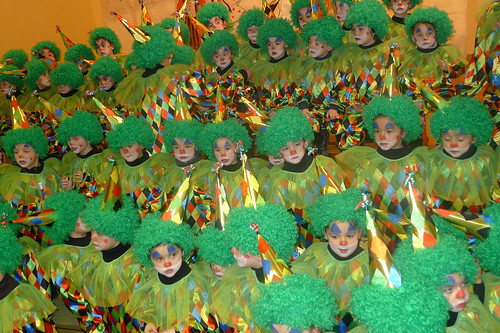 I bet they could all fit in one car. 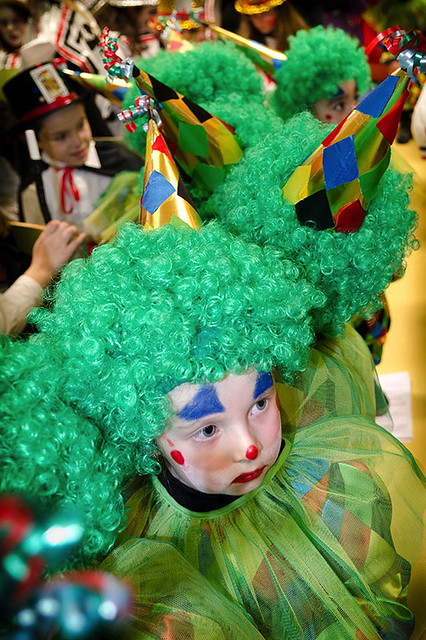 My little clown. It must have been pretty dark in there, judging by the dilation of her pupils. 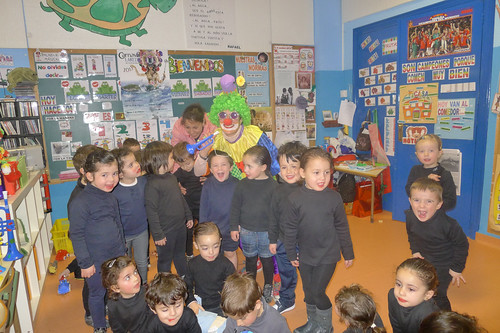 Nora and her classmates. 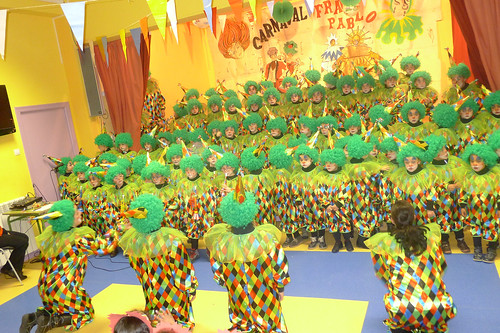 All the three, four and five year olds together, singing. 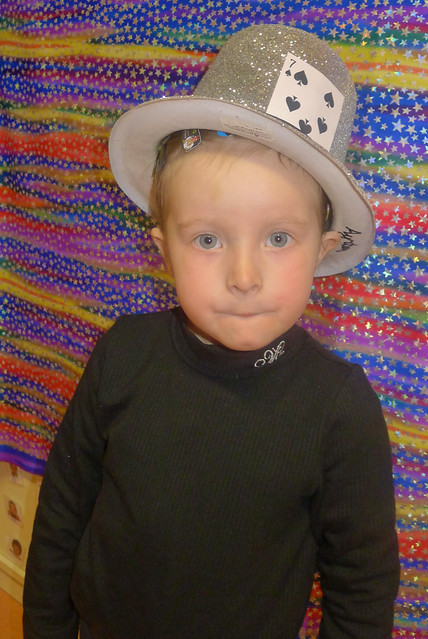