State of the Offspring Address - January 2013

The biggest offspring event this month was Kings Day, the day the traditional Three Wise Men break into the homes of Spanish children and leave presents. This Christmas was the first one where Nora really got into the spirit of anticipation and consumerist lust. The item she most wanted was a maletí­n de médico, a doctor's bag. Even after multiple interrogation sessions, I've still been unable to find out where she got that idea from. Luckily I was able to find one in the local toy store. 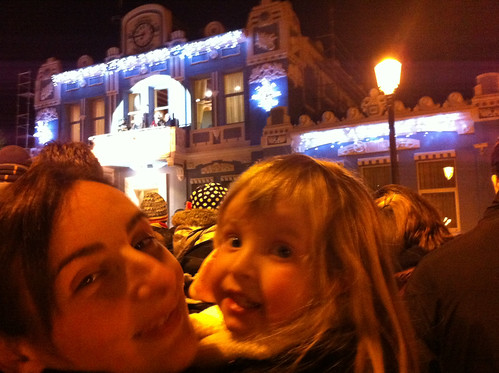 Seeing the kings on the town hall balcony before their parade around town. Before the parade ended, we went to a big tent to begin standing in line for well over an hour to meet one of them. I realized how convenient it is to have three gift givers, instead of just a single Santa, because the line of children can be consumed in parallel. 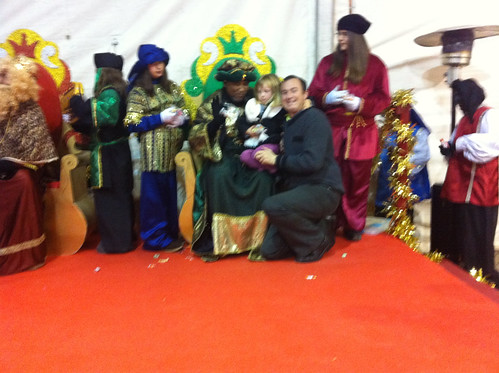 When it was time to meet the king – Nora had been hoping to meet Balthazar, the black one – we went up on stage, and Nora actually sat on his lap, although she was holding onto me very tightly as well. She managed to get out that she wanted a doctor's bag and a computer (this was news to me). He then gave a little bag of candy to the both of us and we went on our way. I was glad to see Balthazar played by an actual african, and not a white Spaniard in blackface, as is so disturbingly often the custom. 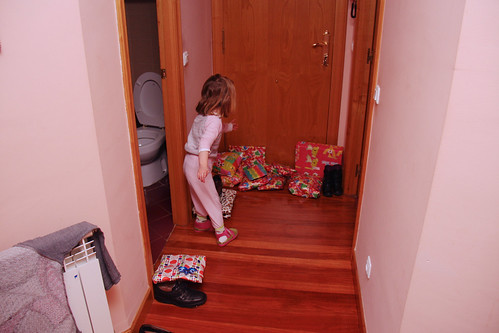 When she got up on Kings Day and saw that the wise men had left presents by everyone's shoes the night before, she was beside herself. A lot of her presents were desperately needed clothing, which she set aside as quickly as any child. 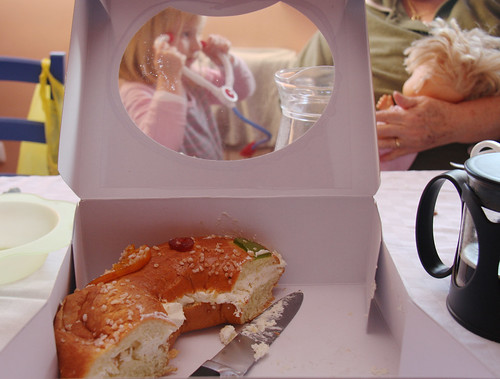 The traditional kings cake in the foreground, and an important medical examination in the background. 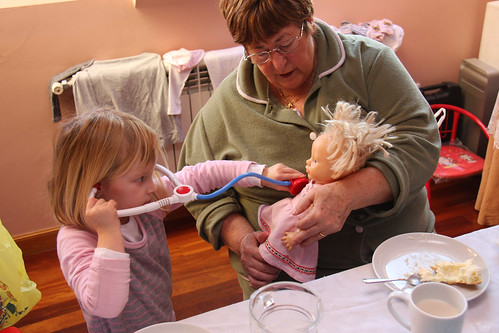 Ever since Nora got the doctor's bag, her doll, Patty, has been chronically ill. Her medical history usually includes having eaten "too much tortilla".

Although it has rained for nearly 20 hours in every day of January, we have had a few occasions to try out Nora's bicycle that she got for Christmas. 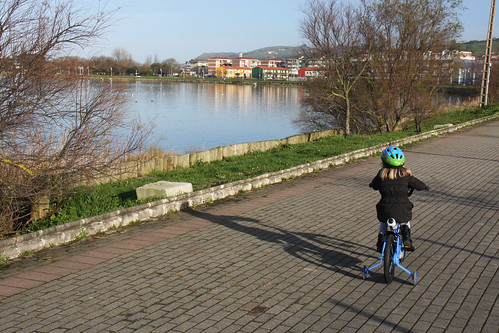 She complains quite a bit that she wants someone to push her, but usually I can coax her into motion verbally. Sometimes, however, due to the configuration of the training wheels, she gets the back wheel caught in a dip on the pavement so it just spins in thin air. I'm going to have to raise the training wheels a little bit. That should aid in her learning to balance as well.

I don't know if it's the stress of the holiday or of her impending sisterhood, but Nora has experienced quite a disappointing regression in potty training. She had one week where I think she wet herself ten times. Usually it's just a matter of being too occupied with whatever she's doing to notice Nature's call. She understands that it's not good, and she really doesn't like waiting in wet pants while new ones are fetched, so I'm not really sure what else to do besides wait for her to gain more control.

At school, they are getting prepared for Carnival. Unfortunately, I will be out of town for this year's annual children-in-the-streets Carnival parade. Nora and her classmates will be dressed up as clowns. All this week they are having more workshops, like they had for Christmas, to make clown paraphernalia. She seems pretty excited about it, which makes me happy. 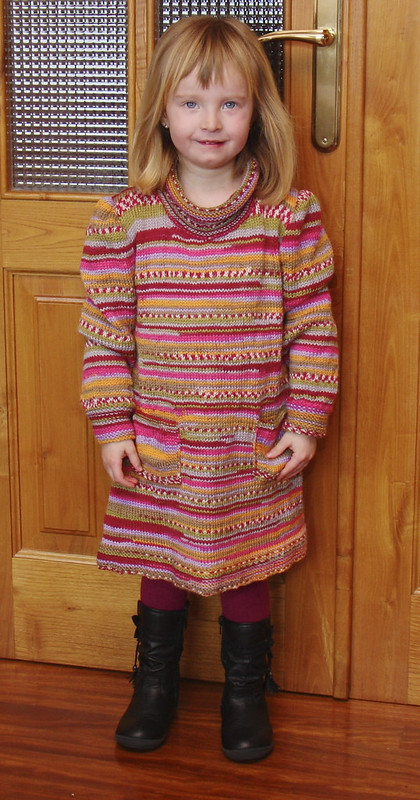