It's a bit of a slow news day today…

Usually when Nora and her mother come home from their after-daycare walk and playground romp, Nora comes into my office to give me a "Hello", a hug and a kiss. When I ask her how daycare was or what she did after daycare, she's normally pretty evasive, sometimes even coming right out and stating, "I don't want to tell you." So it was quite a change one evening when she came home shouting, "Poppy! Poppy! I have something to show you!" There, stuck to the top of her stroller bag, was a snail. Nora was extremely pleased with herself for finding him all by herself and bringing him home. To my disbelief, our little gastropodean friend wasn't all hunkered down in his shell, but was climbing around the stroller bag, presumably looking for some way off of the swinging gray island. Nora was touching him, picking him up and putting him back down, and the terrified mollusk seemed to be putting up with her attention admirably.

I grabbed the camera and took some photos. 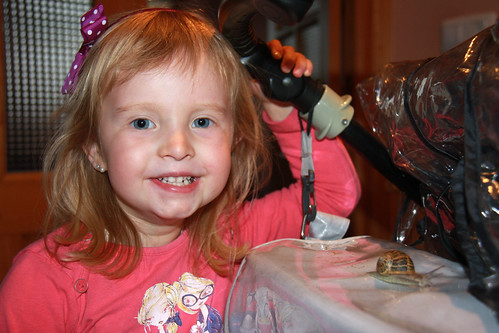 Leaving slimy trails, as snails do. 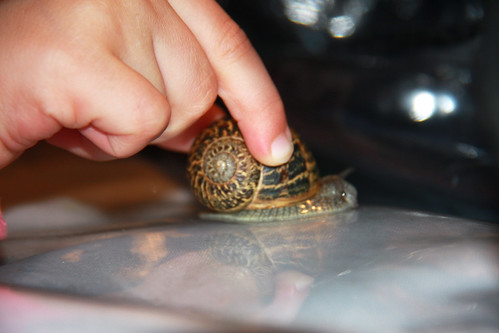 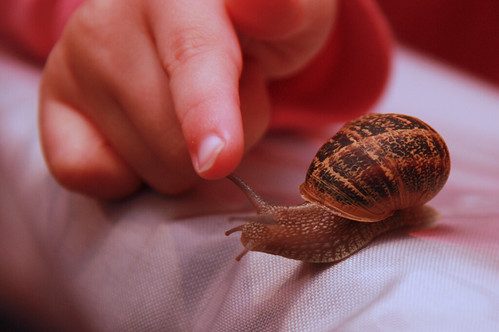 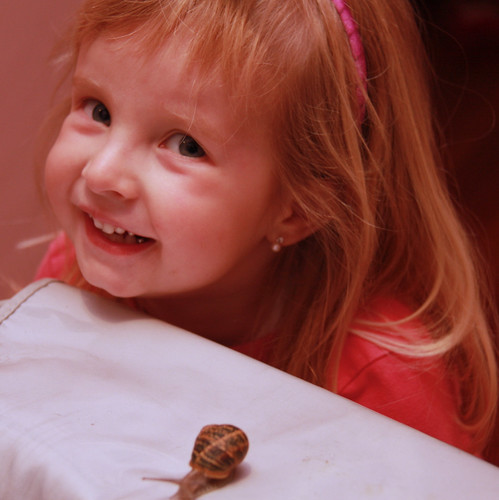 Yes, both of you are cute. 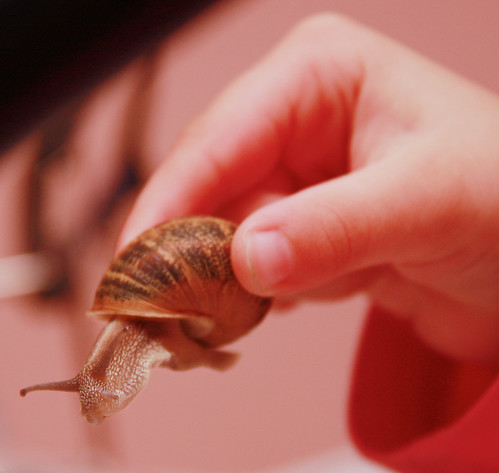 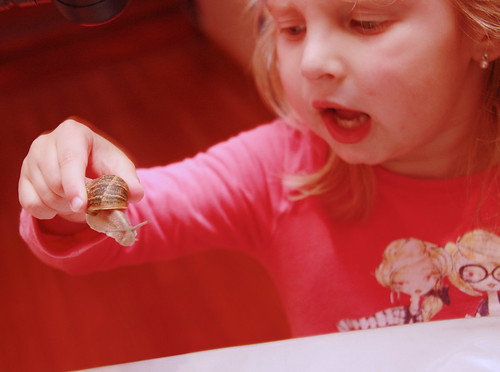 I was certain she was going to drop him, but she never did, always gently (for a three-year-old) putting him back down on the stroller bag.

Satisfied with my photos, my wife and I convinced Nora that "snails like to be outside", and suggested that we put him in a plant on the balcony, accepting some leaf gnawing in exchange for not having it crawling around the house. I was pretty sure he'd crawl away that night.

When we finally put him in the plant, I was entertaining this idea of having a pet snail for the evening, and I asked Nora what name we should give him. To narrow the range, I asked Nora what sex the snail was; she was confident it was a boy snail. I suggested we call him Fred or Bob or Charlie, and Nora shot down all those ideas. Then I tried some Spanish names, like Javier or Mario or José, but they were all rejected. A little annoyed, I said, "Okay, then what do you think his name should be?"

I could see the gears spinning in her pensive pause, and then she astounded me. She chose two syllables from her phonetic database that she had never heard used together, but that sound okay together and are pronounced the same in both English and Spanish – just like we did to name her! – and put them together to come up with a name.

She declared, "His name is Pando." 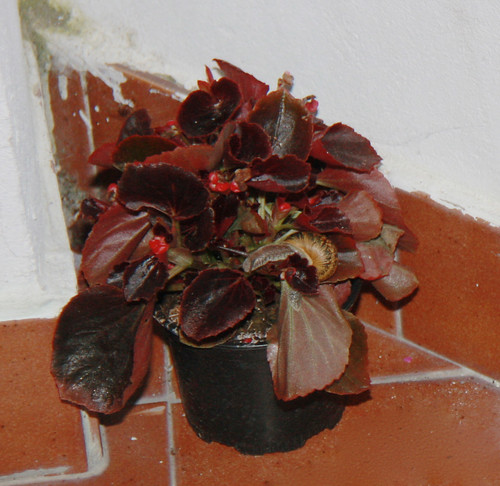 Pando, in his new home. 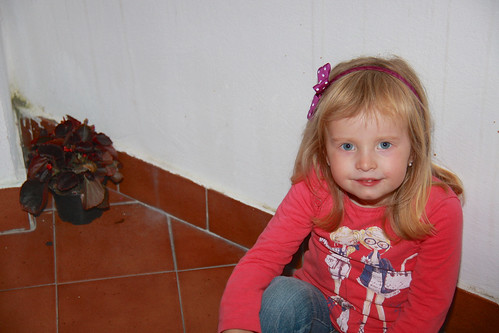 Nora sat out there talking to him for another fifteen minutes before deciding that, unlike snails, little girls like to be inside.

Much to my surprise, Pando was still there the next morning…and the next…and the next. I thought we might have mortally wounded him in his capture, but one rainy day almost a fortnight after he "became a part of our family" (Nora remembered and checked on him maybe twice over those two weeks, and he never ate any of the plant), he left without leaving a snail mail address or even a stalk wave of salutation.