For all the same reasons I outlined two years ago, I have had a very fun time watching the UEFA Euro Cup 2012 this year. The Spanish are never as patriotic as they are when their national fíºtbol team, La Roja, are doing battle in a tournament, and since I moved to Spain in 2005, they have been doing very, very well. People have started calling the never-before-accomplished winning of back-to-back Euro Cup, World Cup, and Euro Cup championships the "Triple Crown". When they won the Euro Cup in 2008, four years ago, I found myself in a bar with a big red-yellow-red cloth banner hung on the wall, and people were writing on it. 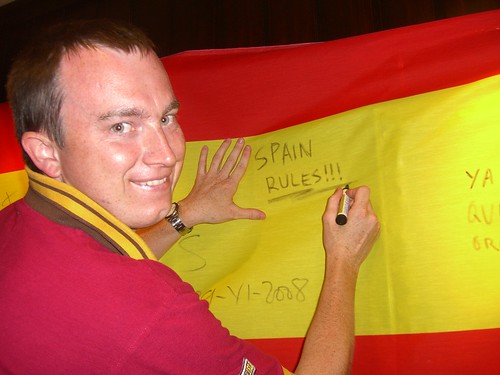 Last week, we were in the same bar, and they had hung the same cloth on the wall, and there, sure enough, was my message! 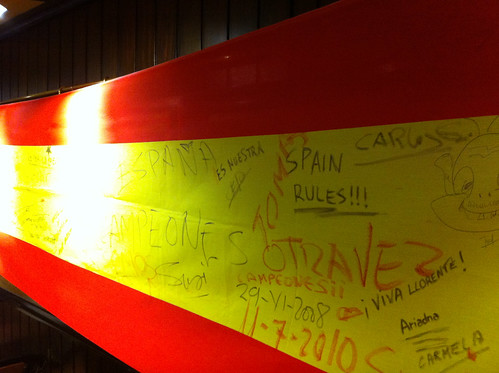 This is the same banner that I use at the top of this blog's Facebook page, too… 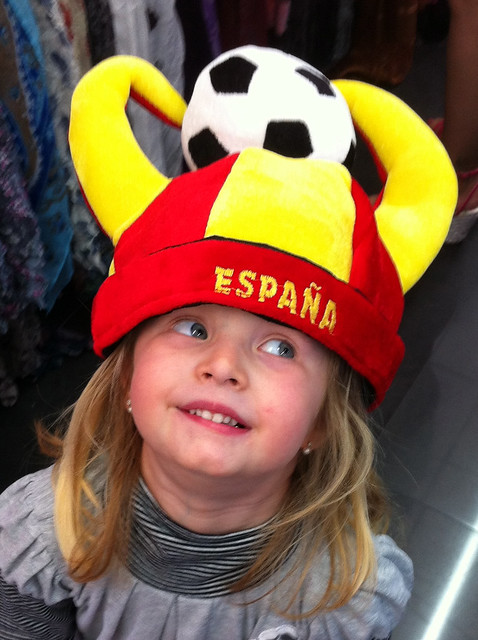 Nora was fine watching the game in a bar, right up until Spain scored the first goal and everybody screamed, and then she cried hysterically and begged to go home. She went outside with her grandmother until the first half was over, and then we all went home, but my wife and I snuck back out to watch the second half in the same bar.

It was a lot of fun seeing people dancing in the streets with such jubilation. 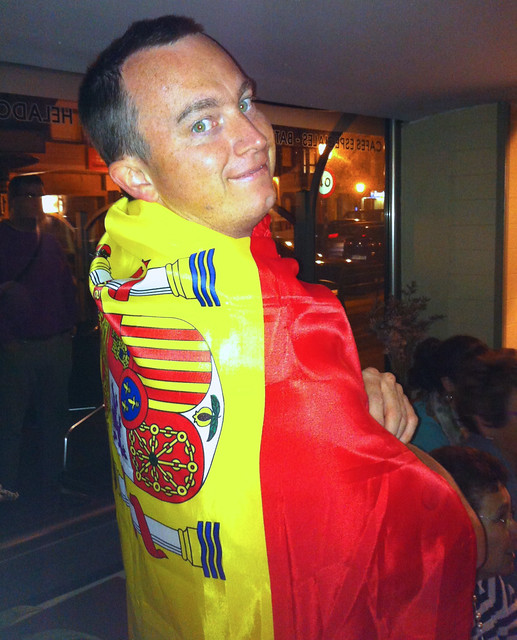 This morning, the Spaniards definitely had that morning-after-the-super-bowl look on their faces, a mixture of exhaustion and elation…and realization that their lives haven\'t really gotten any better.