Back To The Future Day Hoax Generator

If you even remotely dabble in or read news about social networking, you may have heard of a recent hoax in which a graphic was passed around by millions of internet users depicting the digital readout from the time machine in the Back To The Future trilogy, with the date being June 27, 2012, the date the hoax image went viral. The creator of the image, a social medial manager by the name of Steve Berry, created the image to promote the Blu-ray box set release of the trilogy. This is not the first time such a hoax image was passed around the internet. I remember my reaction to the first hoax image. It progressed from "Whoa! Really?" to "Wow, I feel old," to reflection on just what I, personally, and we, as a society, have and have not accomplished in the past thirty years. Thirty years…yes, that was the the temporal distance traveled that I remembered from the movie…it didn't quite add up. Sure enough, I googled it and the original date they travelled to in the movie was October 21, 2015. Although incorrect, it was still fun to imagine, and the thoughts it provoked are good ones.

With the most recent hoax, I began to ponder just how easy it would be to photoshop any new date onto the image. Then I realized that it would be relatively trivial to write a program to generate images for any date…and why hadn't anyone done this yet?

The whole project, from conception, to buying the domain, to photoshopping the individual digits, to coding the java to generate the image files, to the javascript to set the time to the visitor's current time, to placing the social medial sharing buttons took about seven hours. The photoshopping was the most tedious and boring, by far.

The end result is a one page web site designed for people to trick their gullible friends over the next three years. It would be nice if it went viral and actually generated some revenue from the single AdSense ad on the page, but even if I don't see a dime, I had a lot of fun building it, even if it meant barely getting any sleep last night. 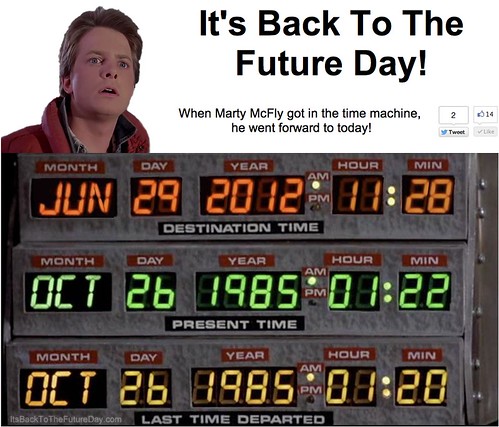