Nora and the Red Mercedes

On Saturday we went to a birthday party at a friend's house. Remember that, in Spain, it's the birthday boy that hosts the party and/or buys the drinks. Nora was quite well behaved, although when the group of fifteen or so friends got too excited, laughing loudly, she cowered from the noise. Several of the men at the party did a "BOO!" trick to surprise Nora, which Nora absolutely despised, running terrified in the opposite direction. Since the host was one of the guilty booers, he gave her a model car to play with. She and I played with it for quite a bit, away from the other guests. Knowing that my iPhone's camera was particularly good at short range close-ups, I took some photos of the gorgeous car before Nora dropped it and broke off a piece. Oops. The piece fell down between the boards in their porch, too. That's what you get for giving an object to a three year old. The owners assured us that it was a model assembled by one of their sons long ago (oh, jeez!) but that it really meant nothing to the family (oh, whew!) so it was of no concern. 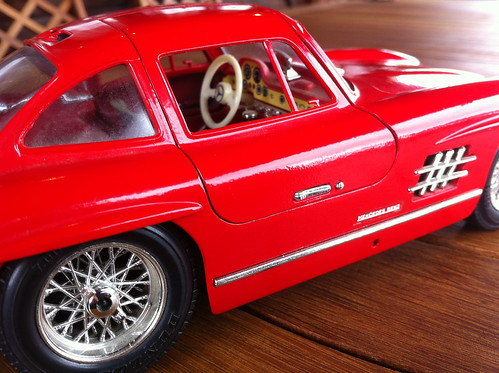 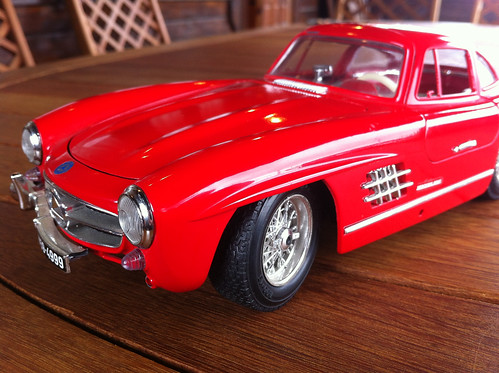 The vehicle really was gorgeous. When we were choosing virtual seats, Nora was initially confused that it didn't have any backseats, where she normally sits in our car. 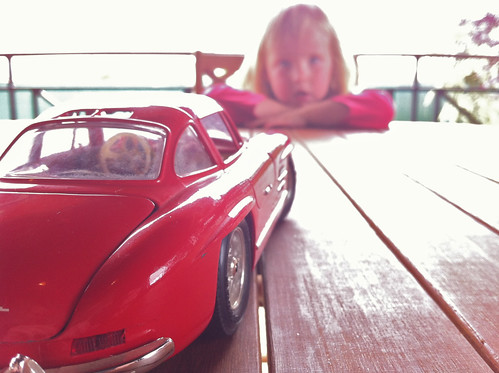 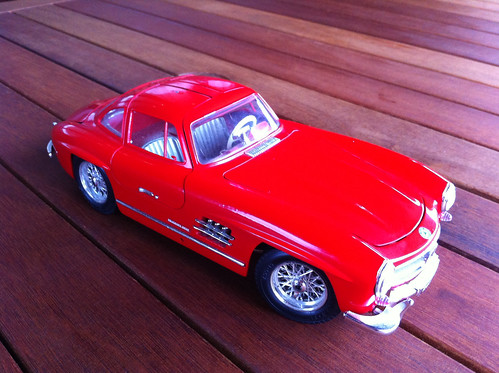 I'm sure some car savvy reader can tell me the model of Mercedes? 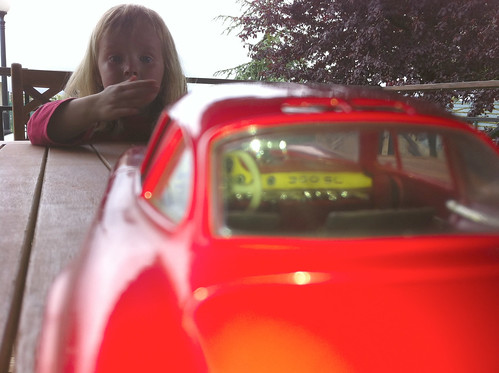 Every time we rolled it across the table to each other it felt a little bit like that famous scene from Thelma & Louise. 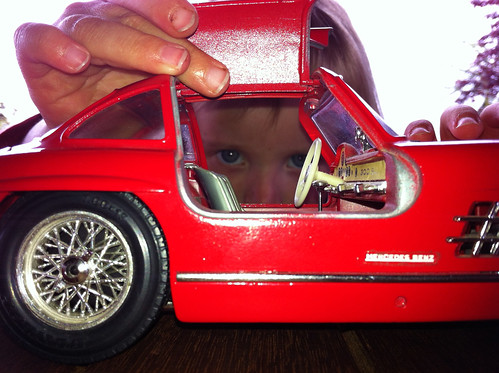 Just what every car doesn't need: a giant toddler. 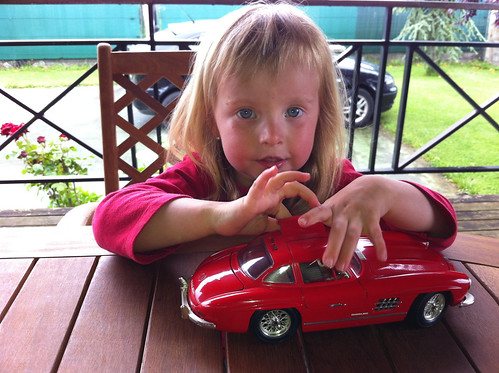 We had a great time with the vehicle.