It was December 15, 2001, when I first got on a plane with my suitcase and guitar and the plan of no longer being a resident of my native land. I flew into Birmingham, England, and my future wife picked me up and drove – amazingly, to me – effortlessly on the wrong side of the road to the flat she was renting with a friend and coworker, a tall Basque girl by the name of Aitziber (pronounced eye-CHEE-bear). The three of us would be flatmates for nine or ten months. Aitziber moved back to Spain a couple years before we did, and we fell out of contact as happens in life. Aitziber, however, is one of those thoughtful people that, without fail, calls on my wife's birthday to chat and describe what happened since they talked the previous year. We were pleased to be invited to her wedding this past weekend, especially since it was so close, in Getxo, a suburb of Bilbao. 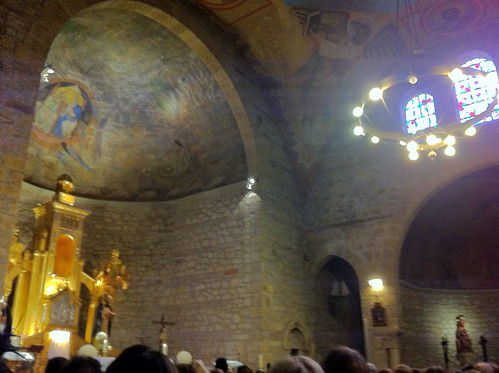 It took us a while to find the church because Google tried to send us down several pedestrian cobblestone streets that were either too narrow to drive down or had stairs. The church was lovely, and the mass was a standard hour-long Spanish wedding. They had brought the priest with them from where they live in Murcia. 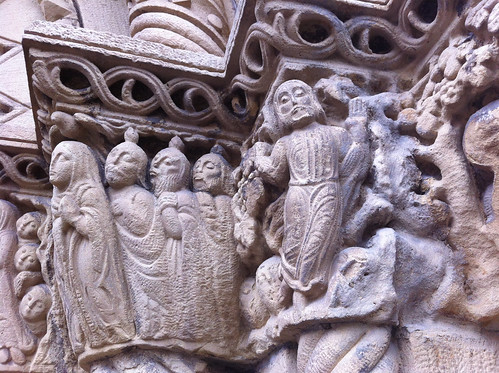 I could've taken a hundred photos of the church's facade if I'd had my DSLR and it weren't raining. It was gorgeous. 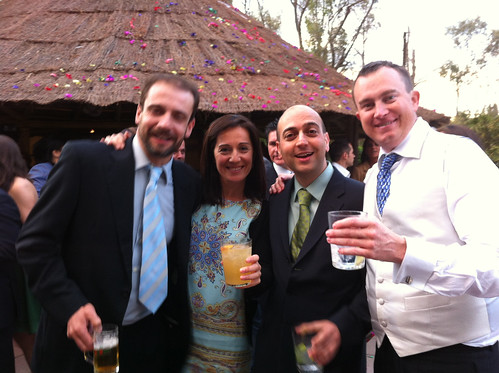 The best part of the wedding was getting to chat and drink with some of the friends I made in my four years in England. No one seems to have aged much in the six or seven years since I've seen them, which is good. 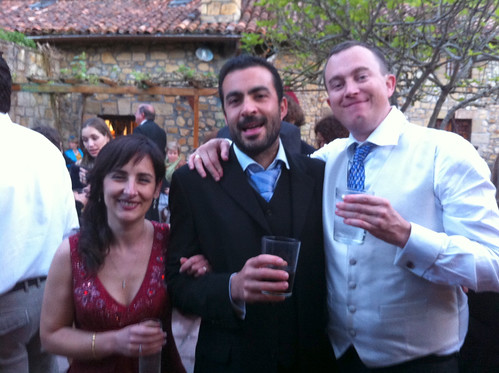 And then there's this guy, Carlos, who looked very vaguely familiar, who we eventually figured out that we knew from one night out with friends back in August 2001, which happens to be the only such night I've blogged photos of. 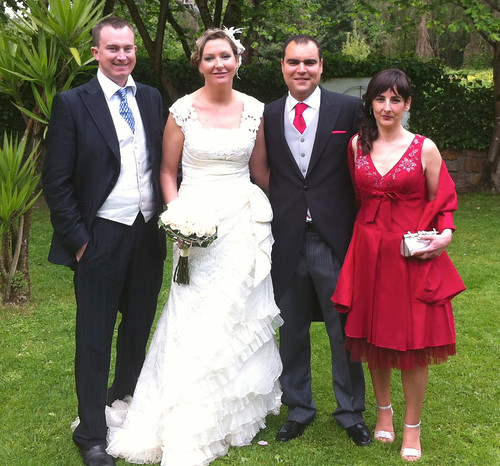 Here we are with the bride and groom. I wish them all the best.