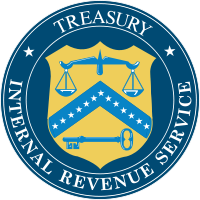 Yesterday, April 17, 2012, was Tax Day in the United States, they day when all citizens tax filings and payment was due. It was on a particularly odd date this year because the regular date, April 15, fell on a Sunday, and the Monday afterwards was Emancipation Day in the District of Columbia, meaning that federal employees at the IRS were off work. Thus, it fell on April 17, the 108th day of the year. I have always heard that the reason that Tax Day is usually on April 15 is that it is a fairly close estimate that the amount earned by taxpayers in those first 105 days of the year is roughly equivalent to the tax burden, the amount of total annual income paid in taxes to the government. Every year, the Tax Foundation, a non-partisan public policy think tank in Washington, D.C., calculates the exact date upon which the taxes paid equal the amount earned so far that year. They call it Tax Freedom Day. This year, it just so happened that Tax Freedom Day fell exactly on April 17, 2012! So, if you're an American, all your gross income so far earned this year is for the government, and the income you make for the rest of 2012 is all yours!

By complete chance, April 17, 2012 was also Equal Pay Day, which sounds like a glorious day of liberal celebration, but is actually very sad indeed. Equal Pay Day is the day upon which a working woman has earned enough to fill the wage gap between her and her male colleagues for the previous year. Let me state that more concretely. The income American woman earned, on average, from January 1, 2011 to April 17, 2012 is equivalent to how much an American man in her same position made from January 1, 2011 to December 31, 2011. From the Equal Pay Day website:

Wow! I knew that women's salaries were lower across the board, but I didn't realize it was quite so much.

I love the coincidence that both these methods of representing a percentage of income by calendar dates fell on the same day. The fact that a man's tax burden is equivalent to a woman's inequality gender burden is quite striking. To my male readers, imagine working side by side with equals in your organization, but that you were the only one that had to pay taxes, and your coworkers kept all their gross salary. How would that make you feel?

There aren't a lot of options on the What You Can Do page if you're not an employer, other than raise awareness and complain to legislators. Perhaps all we can hope to do is instill a value of fairness and gender financial equality in our kids and hope some of them grow up to be CEOs.

If you're going to talk to someone about this topic – and I hope you are – there's one arithmetical error you should be aware of that is very easy to fall victim to. This coincidence of Equal Pay Day falling on Tax Freedom Day does not mean that the tax rate and the female salary deficit are the same percentage! If a man earns 4 apples a year, and a woman earns 3 apples, she is earning 75% of the man's salary, or 25% less. But to make it to Equal Pay Day the next year, she needs to work 33% of the year (not 25%!), since the 1 apple she needs to make it to the male annual income is 33% of her annual 3 apples. If Equal Pay Day were to fall on Tax Freedom Day in this fruity hypothetical example, the average tax rate would be 33% and the female pay deficit would be 25%.

The real numbers are that, on average, American women make 77.5% (22.5% less) of an equivalent male salary, and the average American pays 29% of their income in taxes.