Paper or Plastic: Cash Is Dead

I just got back from a ten day trip to the USA in which I ran a bit of an experiment: I never carried a single dollar or cent of US currency on my person. All my transactions were electronic using a debit card, even the extremely cheap ones like buying a $0.99 bottle of water from a convenience store. None of the cashiers even batted an eye when I pulled out the plastic for such a tiny purchase. In Spain, I suspect they would refuse your business if you tried to pull a stunt like that. As with many other things involving technological infrastructure, Spain is about 20 years behind the US on credit card usage. When someone in line with me at the grocery store has a purchase of over 50€, they pay with a credit card about 30% of the time. And the credit card companies charge the vendor a significant fee for the transaction, which is why vendors discourage card usage when they can. Almost everything is still done with cash in Spain. No one would ever, ever, ever pay for a drink at a bar with a credit card. A whole meal for four, perhaps, but never a drink. Yet paying for a drink at a bar with plastic is quite common in the US. Of course Spaniards rarely drink more than one drink in the same bar, so the "starting a tab" concept would never occur to anyone. 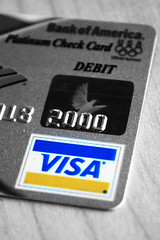 One thing I love about going plastic-only in the US is that it gets around that horrible sales tax that causes purchases to be higher than the price listed on the items in the store. I hate that! In Spain, the VAT (or IVA, in Spanish) is included on all the prices, so if you've got one item that's 0.95€ and another that's 2.25€, you can go ahead and count out your 3.20€ while you're waiting in the checkout line and hand over the exact amount to the cashier. That sort of calculation is all but impossible in the States.

The second thing I love about using only a debit or credit card in the US is that it allows for more accurate tipping. Several times I've noticed items priced on bar and restaurant menus such that, if you don't want to deal with coins (who does?), you've got to give a 30% tip. For instance, say your bar bill comes to $3.05. If you drop four $1 bills on the bar and walk out, you've left a 31% tip. But when you are given the blank space to write in any value you choose, and you won't have to deal with change in return, exact percentages are more accessible. 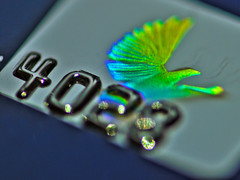 The third thing I love about using plastic rather than cash is that you automatically get a record of your purchases. Sometimes, in Spain, I'll take a couple hundred euros out of the ATM and then, after what seems like a few short days, I'm out of cash again and I have to rack my brains to remember where it all went. Sure, it's possible to keep a diary of each transaction, but it's such a bother that I would never do it. Knowing where you've done business before can help the next time you have to search for car hire USA or other repeating transactions. 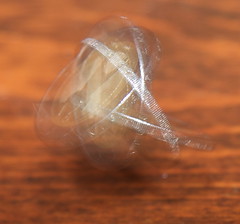 I've lived so long abroad now that when I go back to the States, the green money looks funny and fake to me, not like the colorful Euro notes and coins that are valuable enough to take the time to bend over and pick up off the ground. The US coins are so worthless I'd rather just not have a quarter than lug one around in my pocket all day.

I dare say that one could live quite comfortably in the US with a wallet only big enough to hold a drivers license and a single credit card. That's something I miss in Spain.