I've invented a new American in Spain tradition! It's a little similar to my Fourth of July Hamburgerfest. Today, you see, is San José, Saint Joseph's Day. All the days have saints assigned to them here in Catholic Spain, and March 19 happens to be assigned to Saint Joseph, the poor old shepherd who, according to dogma, never got to have sex with his wife and still had to raise a son that was not his own. That's rough. When we were watching a silly American movie recently, my wife saw some kids in the film eating sloppy joes and commented that it's been years and years since we've had any, and that we should eat some soon. Due to unforeseen circumstances this past weekend, we ended up with a couple extra pounds of ground beef in the fridge, so I thought it would be the perfect time to make some joes, and what better day to do it on than Saint Joe's Day? 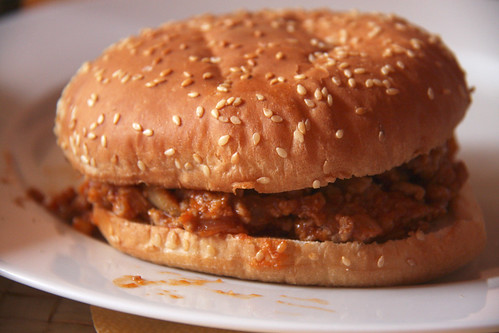 On a toasted sesame seed bun! 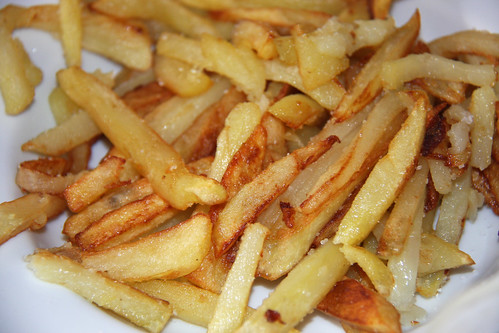 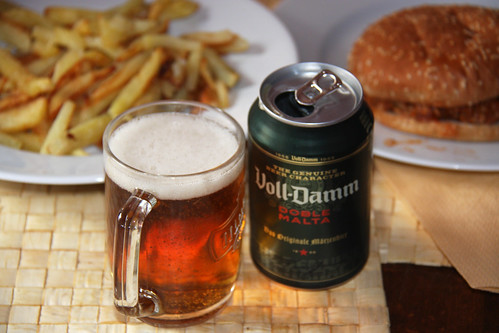 And some faux-german beer from Barcelona to round out a healthy American meal.

Because of Saint Joseph's status as surrogate father, today is also when Spaniards celebrate Father's Day. At daycare, my daughter made me a little paper necktie that says, "¡Te quiero, Papá!" and a card that reads, "De tu mano voy a aprender lo que mañana voy a ser." (From your hand, I will learn what tomorrow I will be). Both are scribbled on in a variety of crayon colors. Silly, but doggone it if a tear didn't well up. 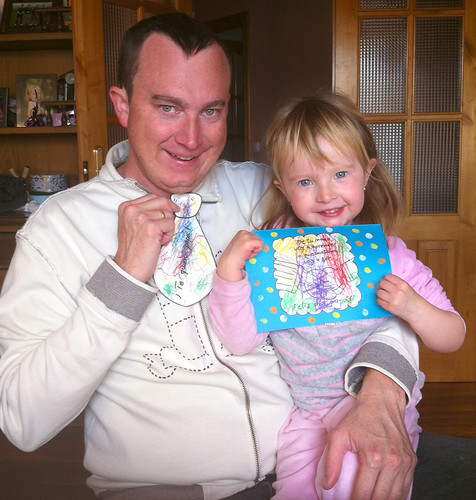