On Saturday I was contacted, via Twitter, by an American blogger I have been following for over a year now. Her name is Erin, and she lives in Madrid and regularly takes me on fantastic vicarious voyages around Spain and Europe with her blog, La Tortuga Viajera (The Traveling Turtle). Since discovering her blog, I have been impressed by its professional look, and I have copied several of its features onto my own blog. She mentioned, in her Spanglish tweet, that she was spending the weekend very close to where I live. So close, in fact, that not getting together for a chat was off the table. Her weekend was fully booked, but she and her husband found time to stop by my humble burg of Colindres for an iced coffee this morning. This was the third time I have gotten to know someone over the internet via blogging and then met them in person. The first was a guy named Scott who was living locally, and the second was Mother Theresa who blogs from rainy Pamplona. So far every time I have met someone, I have gotten along with them splendidly. After all, Erin and I do share the same birthday, initials and 75% of our first names. She and her husband were great company. It was fascinating to share and compare our stories of transcontinental romance and a bit about our careers. Nora behaved very well, focusing her attention on my iPhone and letting the adults talk. The only thing Nora was missing was a press pass around her neck, because she was shooting photos of our conversation like we were heads of state at a G8 summit. 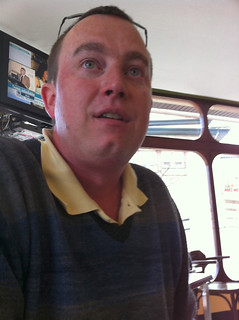 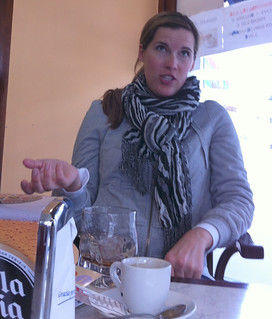 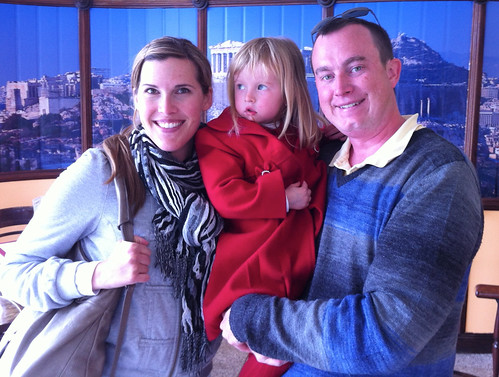