Recently my wife has discovered a blog by a Spanish housewife called Cocinando Entre Olivos (Cooking Among Olive Trees). I must say that I am extremely impressed with the quality of her posts, particularly the step-by-step photographs; you almost don't need to be able to read the text. There really is a photo at every single step, often actually showing the addition of each ingredient. After several years of not adding any new recipes to our cooking repertoires, it's quite refreshing to have some new things to cook. Recently my wife made some homemade chinese food, which consisted of cooking three recipes simultaneously (the recipes are in Spanish): Chinese Chicken with Almonds, Chinese Rice With Three Delights and Spring Rolls With Sweet-and-Sour Sauce. I was sent on a shopping expedition to find such exotic ingredients as soy bean sprouts, the thin papery dough for the spring rolls, chinese cabbage, and oriental-style rice. I would never have guessed that one of the main ingredients in sweet-and-sour sauce is ketchup. In retrospect, it makes sense, but…odd. The sauce consisted of ketchup, the sugary juice from a can of pineapple slices, vinegar and honey. The final result matched exactly to the sauce I've had in restaurants. 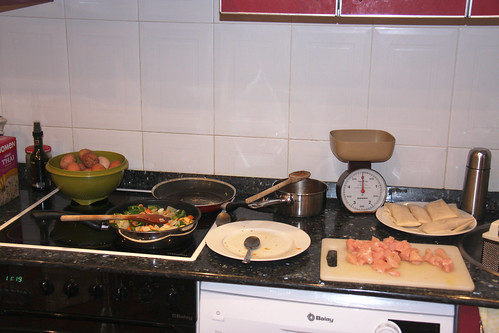 I got berated for taking a shot of the messy kitchen mid-cook, but I liked it. You can see the already-made, but not yet fried spring rolls. 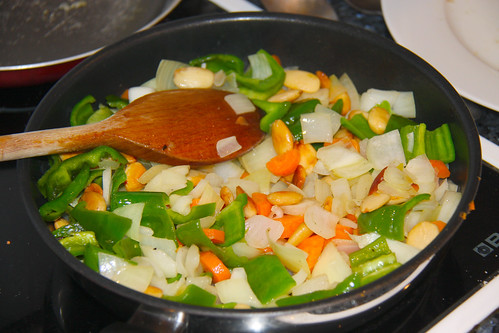 Frying the vegetables and almonds. Spaniards fry their onions and peppers until they are very soft, yet Chinese cuisine calls for a bit of crunchiness to be left. 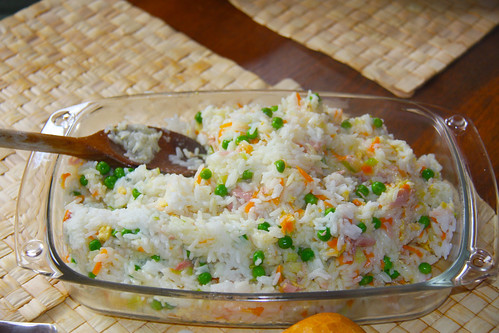 The rice had carrots, onions, ham, peas, and egg. I'm not sure which of these are considered the "three delights". 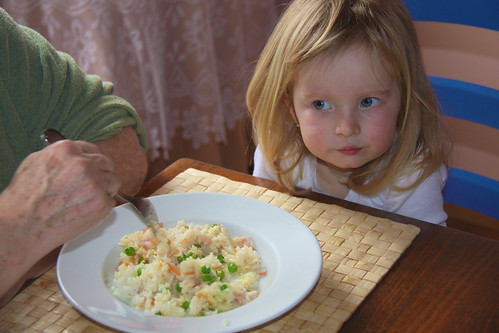 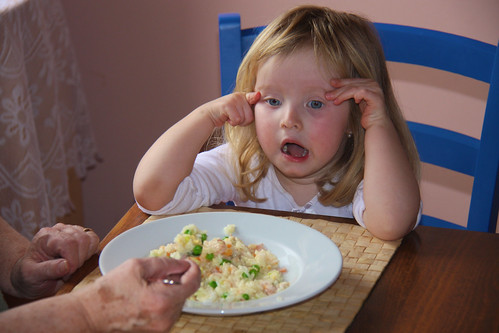 Spanish culture has almost no racism filters, so making "Chinese eyes" to celebrate the occasion was acceptable. 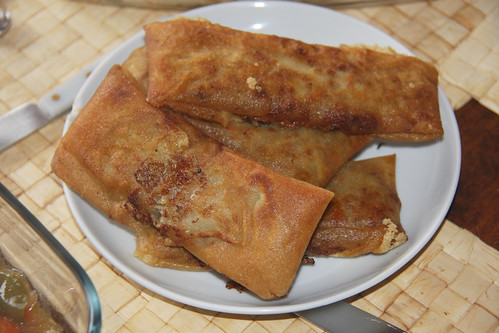 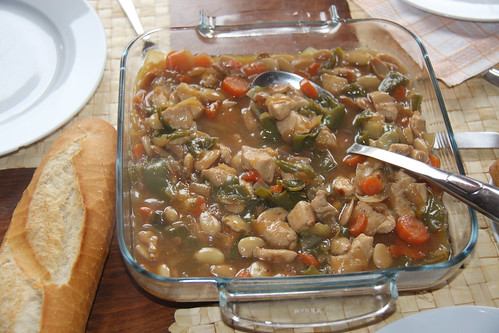 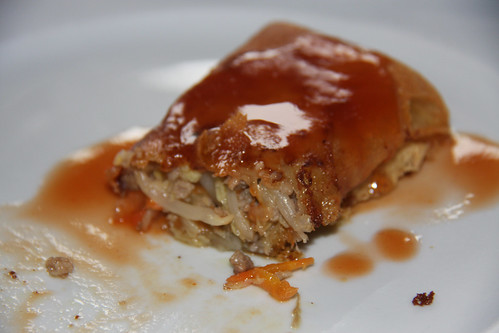 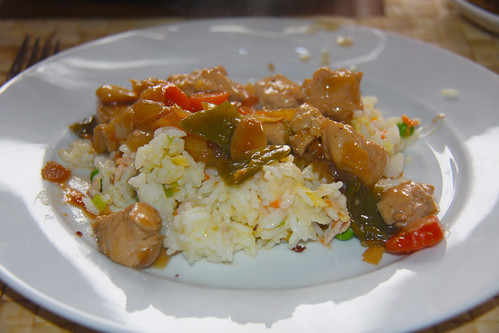 Almond chicken on a bed of rice.

The meal was a big success. I suspect we will be making these recipes again sometime soon. The food was delicious!