We've heard from past years that the nearby town of Santoña puts on a good Carnival festival. We were a little disappointed, however, to see that the parade starts at dusk rather than during the day when it's warmer and easier to see costumes. But we decided to give it a chance anyway, so we left at around lunchtime to go have some tapas and spend a lazy afternoon in Santoña awaiting the parade. Nora, of course, was delighted to get a chance to get more milage out of her Sevillana dress. 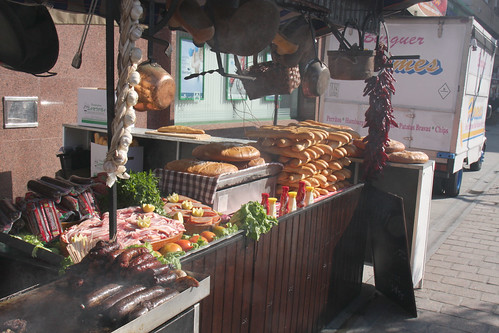 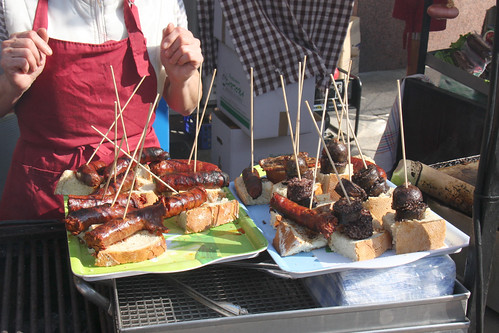 My wife and I shared a piece of chorizo. 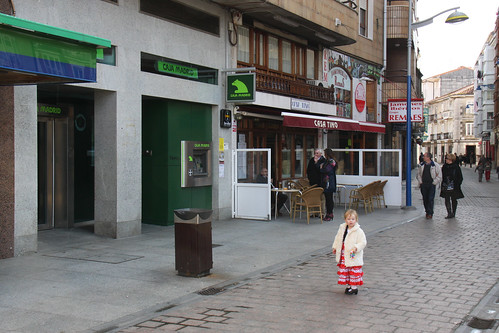 Looking for the next bar. 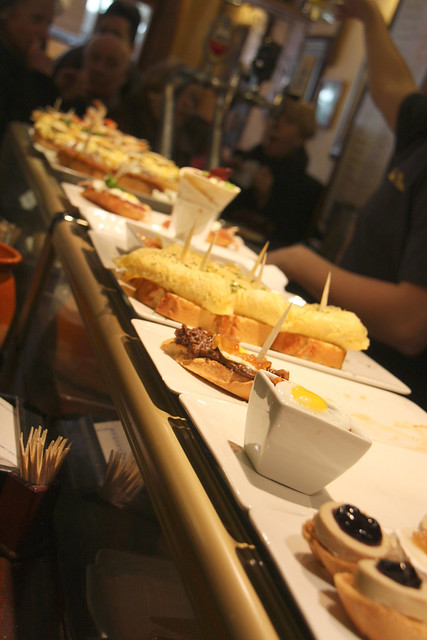 This bar was tiny and absolutely packed. And for good reason. 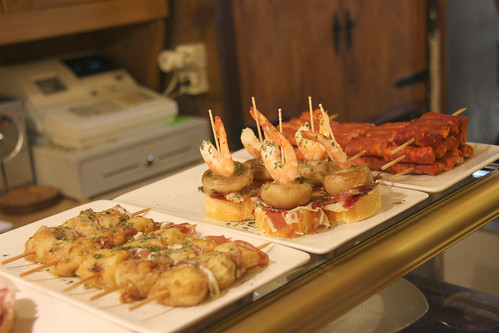 The skewing of these tapas photos was a complete accident, but I like it. 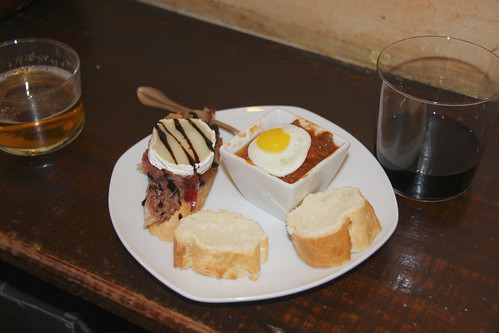 Our choice. Serrano ham with goat cheese with Modena vinegar, and a meat and tomato stew with a pheasant egg on top. With a beer and a wine, of course. 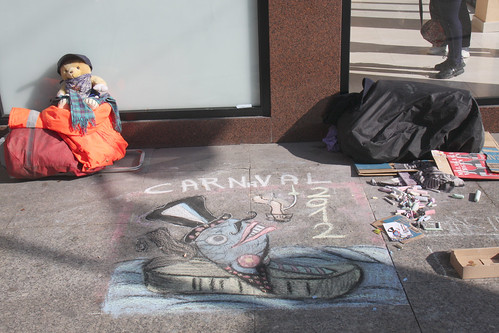 Apparently this bear drew some chalk art on the street. The sardine escaping its can to eat a dangling worm was the official logo of the 2012 festival. 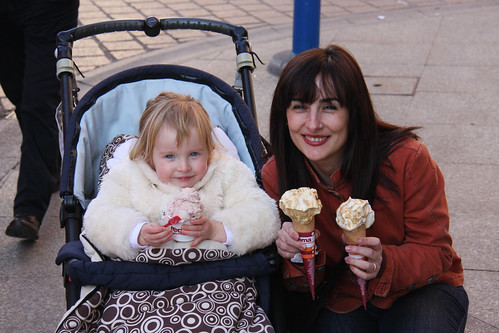 Ice cream with my girls. 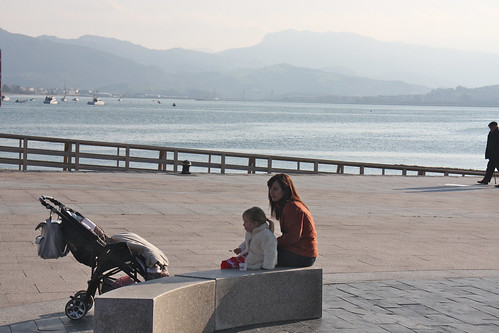 Eating ice cream down by the water. 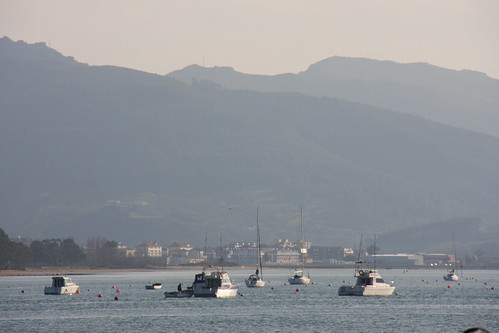 Just as we can see Santoña from Colindres, you can see Colindres from Santoña. My house is over there somewhere. 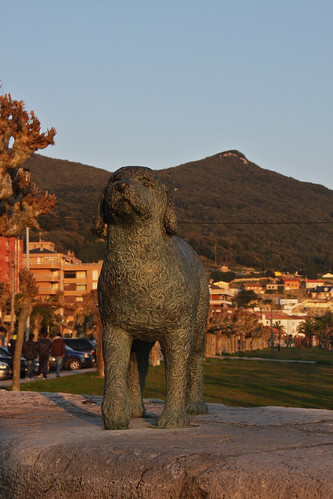 One of my favorite things about Santoña is that they have several monuments to canines, I assume to the dogs that keep fishermen company on long fishing voyages. 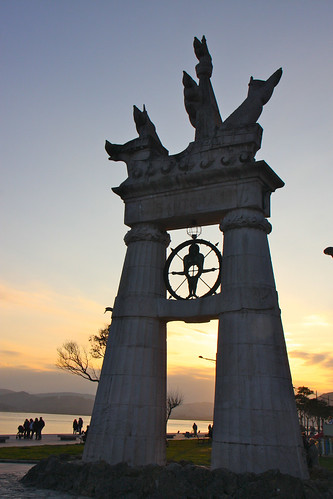 A monument to Juan de la Cosa, a native of Santoña who was the captain of the Santa Maria and sailed with Columbus on that infamous 1492 voyage. 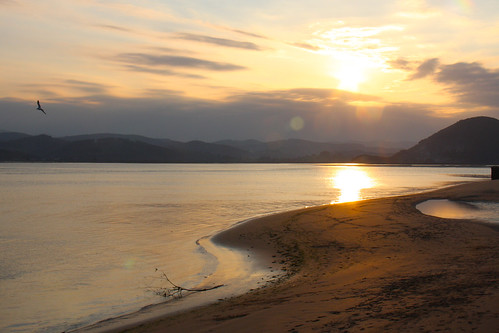 The sunset was lovely, over Santoña's little beach. 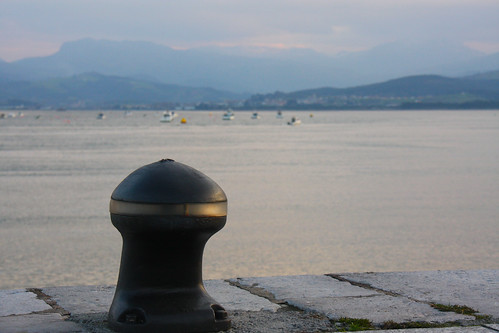 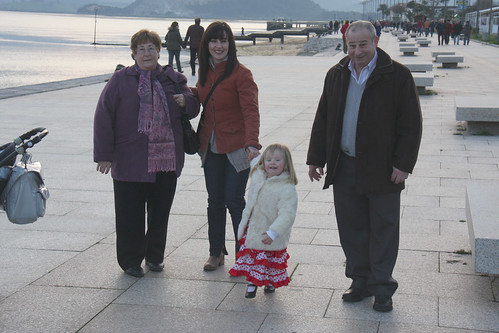 Nora's Spanish grandparents showed up late in the day. 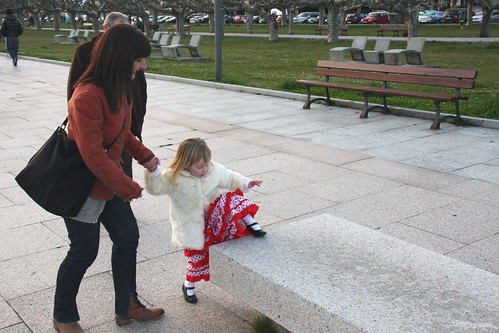 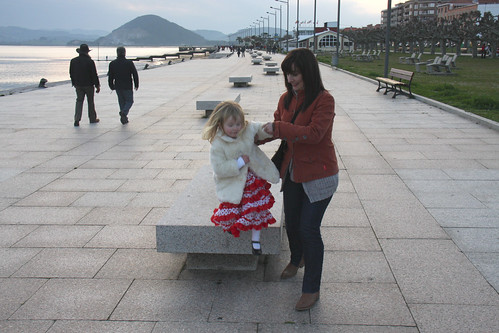 And jumping off them. See all those benches vanishing off into the distance? She climbed up and jumped off every single one. That'll burn off a scoop of ice cream in no time. 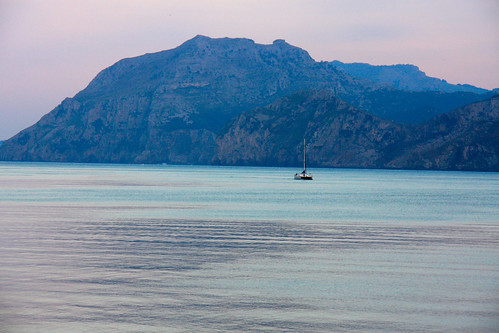 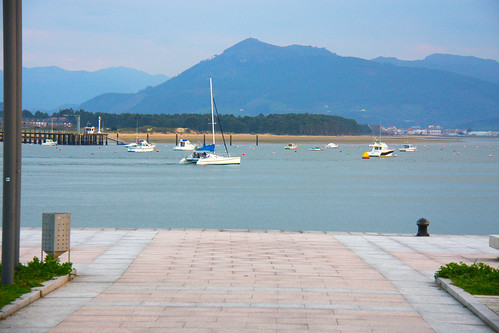 The same boat, coming into harbor, with Colindres in the background. 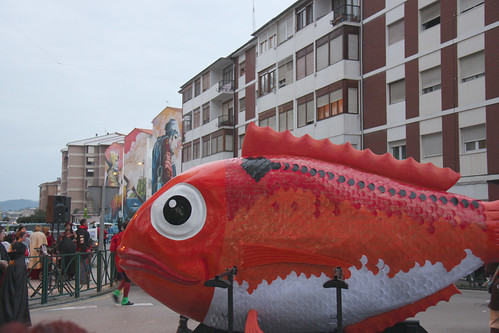 The giant sardine that initiated the costume parade. It got pretty cold, and I was underdressed, and the music was too loud, so I didn't enjoy the actual parade all that much. I much preferred seeing all the people dressed up walking around the street earlier in the day. 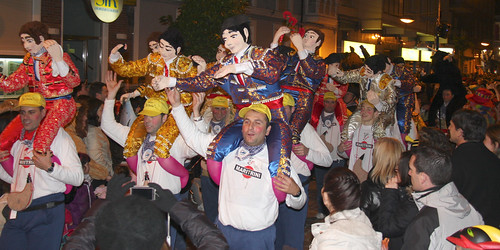 This was the very last of 24 groups dressed up for the costume competition, and it was the only one that inspired me to take a photograph. It was men carrying faux bullfighters on their shoulders like what happens after a successful bullfight. 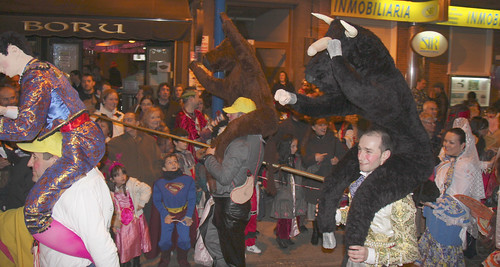 And the bulls followed after. Ha! 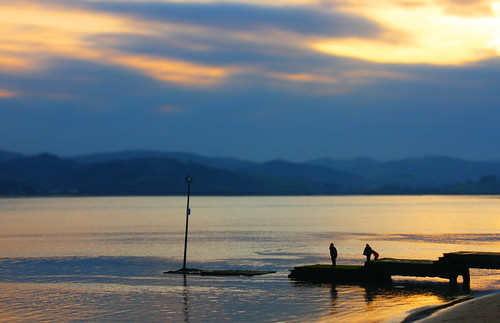 Overall, it was a very successful day out. Nora wore high heels (willingly!) for six hours and several ambulatory kilometers. She took them off for a couple hours after a bit of an ankle twist, but then demanded to put them back on. 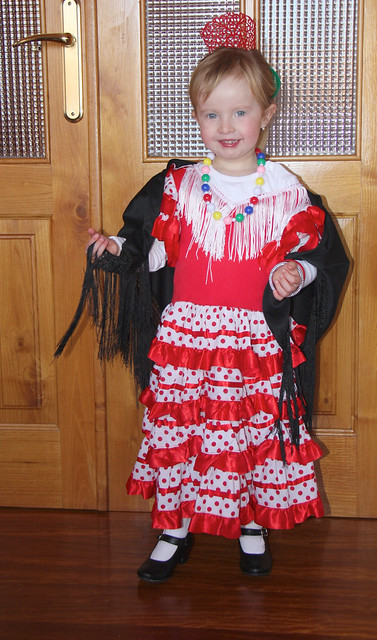