Why does do church bells chime every fifteen minutes?

Where I grew up, there weren't any church bells that I could hear from my house, but there was one in the center of town near the municipal recreation center, where I spent many hours of my youth. As a kid, I became quite fond of that Big Ben tune that preceded the hourly chimes. Now I live in a small town in Spain, so small that there is only one church, but I live in the building right across the street from the church, although luckily on the opposite side of the building. Still, the sound waves bounce very efficiently around the surrounding structures and are quite potent when they reach my abode. Several times I have had to pause business calls from my home office to wait for the church bells to quiet down.

It's more about piety than punctuality.

Our town church doesn't play that Big Ben tune, but it does chime once at the quarter hour, twice at the half hour, thrice at three quarters of an hour, and four times on the hour, followed by a longer note played a certain number of times to indicate what hour of the day it is (five times for 5 o'clock, etc.). There are more noisy displays when it's time for Sunday mass.

I used to think that this was somewhat handy to be aurally reminded of the time throughout the day, sort of a service to keep the townsfolk on their schedules. I still do, but I thought that was really the only purpose the hourly chimes served. Then I watched a TED Talk…

In his talk, Atheism 2.0, Alain de Botton suggests that, by rejecting superstitious dogma, atheists have historically been throwing the baby out with the bathwater. He makes some interesting points, and I'm not sure I agree with all of it, but it did get me thinking, particularly his reference to church calendars. At various times of the year, church sermons discuss different Biblical stories, and a good priest will explain how the ancient story applies to modern life. Clearly the same could be done in a secular environment very easily, e.g. "It's autumn again, so let's reread The Ant and the Grasshopper." What religion accomplishes by assigning lessons to specific dates of the calendar is that, for a regular church attendee, the memories of all the teachings are less than a year old. It's a bit like taking the same course every single semester for your entire life. You will learn it!

Religions, in general, are experts of sociology and psychology; they must be to have survived millennia into our present-day meme pool. They are clearly providing something that humans desire. If we're going to make it past the first verse of John Lennon's Imagine, we've got to figure out how to fill those needs another way, and we still have a lot to learn about how to push those psychosocial buttons. 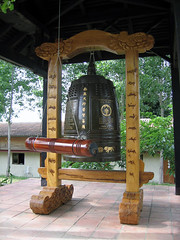 DING! Back to the church bells. DONG!

Historically, Christian churches have had bells to inform monks and the general townsfolk when it was time to come and worship. This was back before we all had mobile phones with push notifications, mind you. In medieval times, it's pretty easy to imagine that the church bells telling the monks when to pray could be quite handy to remind the other residents of the time of day, e.g. when to get up, or come in from the field, or whatever. Now, however, we have more advanced technology for that purpose.

When followers of more oriental religions are meditating, they will sometimes use what is called a mindfulness bell, which will ring every so often to remind the meditator to focus. If you've ever attempted meditation, you'll understand why a bell could be useful – yes, there's an app for that.

So why do church bells chime every hour or sometimes every fifteen minutes?

Part of it is tradition and fondness of said tradition, but I'd like to propose that one of the reasons is to remind everyone, especially subconsciously, that God is there, not necessarily in a "Big Brother is watching!" sort of way, but just to remind the public of church teachings, doctrinal and otherwise, like a mindfulness bell. It's more about piety than punctuality. 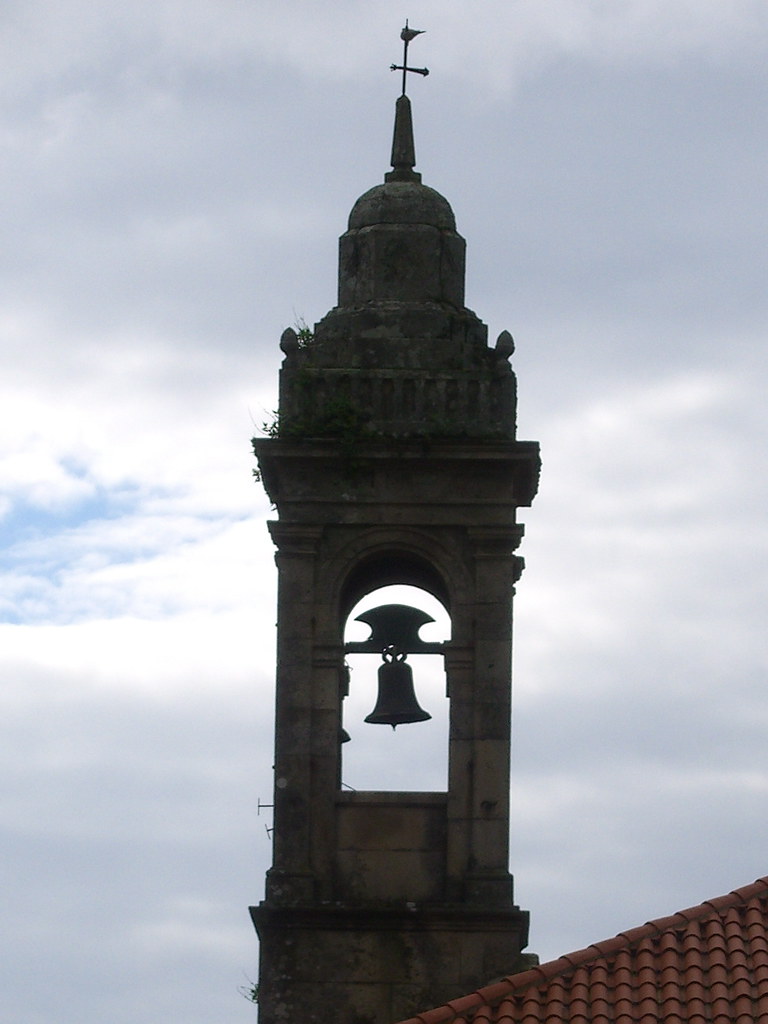