On Kings Day, my family woke up excited to see what presents the Magi had brought us. We looked out our sixth story window and saw fog. But there was something strange about the fog; it was moving very quickly and…billowing. Smoke! One of the old houses that our bedroom window overlooks was billowing white smoke, and a fireman was perched on a cherry picker spraying water down into the interior of the house. It's three hours later as I write this and they are still spraying even more water and more smoke is billowing out. I took some photos. 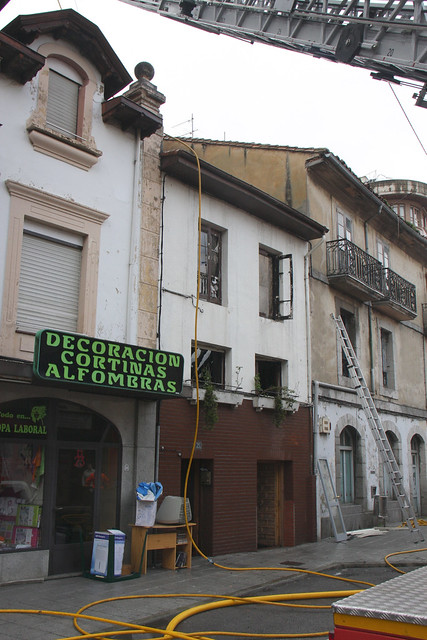 The house with the brick ground floor is the one that has burned down. I walk by it every day. I've shopped in the store to the left, but the building to the right has been abandoned with aging Banco Santander decals on it for the six years I've been living in Colindres. 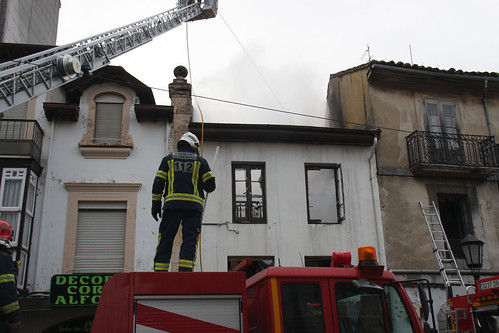 Because of the weather today, the smoke is completely invisible from ground level. 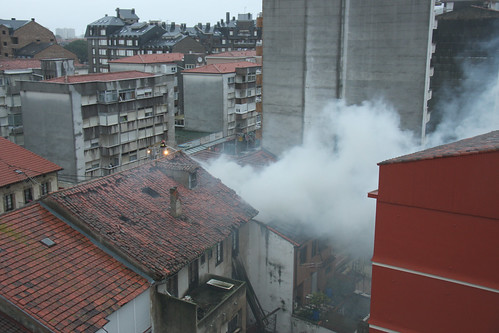 But seen from above, you can clearly see just how much of it there is. 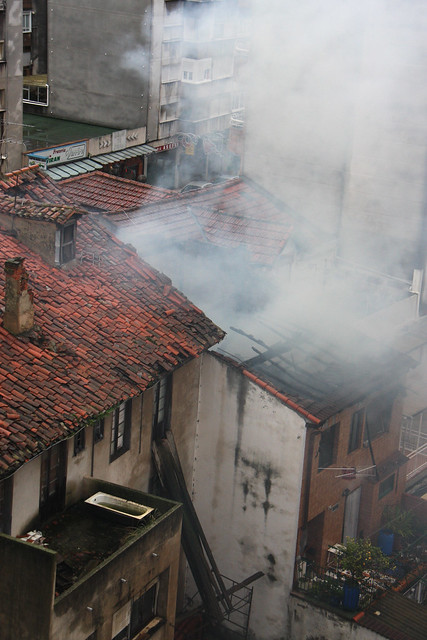 The house is totally gutted. No, I don't know why there's a bathtub on the neighbor's balcony. It's been there ever since we bought our house. 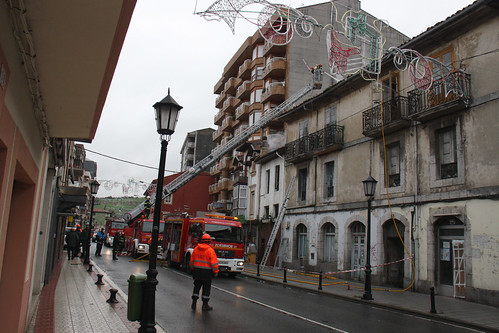 The neighborhood is filled with that thick acrid smell that triggers strong emotions in anyone that has ever experienced a house fire. My closest brush with a fire was when a dorm room at my boarding school burned down. No one was hurt, but it was a traumatic night, and the emotions are still vivid. 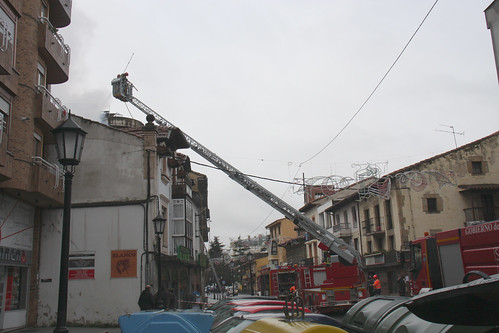 I hope everyone got out okay. Disasters are always sad, but it's especially poignant when it happens on one of these days when Society expects us to be joyous.