The moon just after sunset today was really gorgeous, hanging there in the sky next to Venus. The new moon was on Christmas Eve night, so Rudolph's nose must have been extra important this year. After seeing the pretty Moon, up high in the sky, I told myself to go and look in an hour or two to see if I could catch it approach the horizon. Normally, I would never be capable of such a thing, but I actually did remember, and I caught it just as it was touching the horizon. Unfortunately, in the time it took me to set up my tripod, the tip of the moon went behind the hill on the horizon, but I still got nine shots in the time it took to set completely. 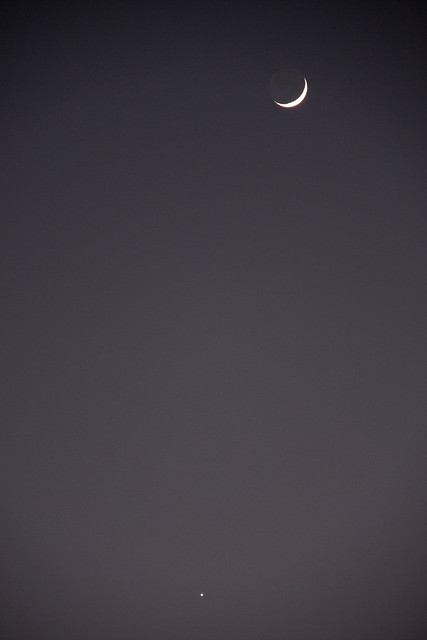 The Moon and Venus 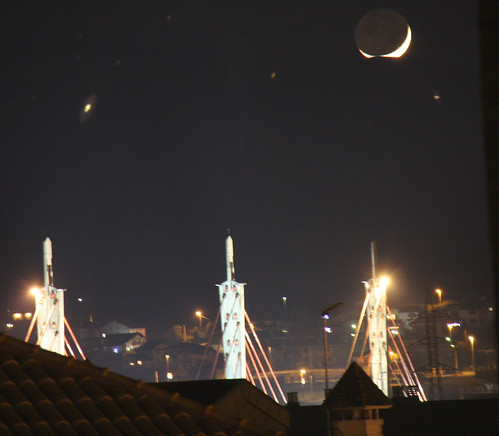 Touching the horizon over the motorway bridge I can see from my house.

My nine shots in a timelapse animation.