In the United States, the existence of the Thanksgiving holiday does a pretty good job of preventing the Christmas celebration and capitalism from encroaching too far into November like it can do in other countries. Of course, like any pent up desire, when it's released, it's extreme, resulting in the consumerism orgy that is Black Friday. Aside from shopping, the weekend after Thanksgiving is when many Americans put up their Christmas tree and other yuletide decor. Since my parents were visiting, I decided to partake in this tradition as well and put up our tree on Black Friday. In Spain, most people do their decorations this week, taking advantage of the double holidays. Of course, in Spain, the tree must remain up until at least January 6th, the traditional gift giving day of the season, because if you take the star down from the top of the tree, how else will the wise men find you to give you your gifts? In the US, they never last that long. The folks that have had real firs dying in their houses since Black Friday usually have them out by the end of the year.

Another difference between the two cultures is that Spaniards don't put presents under the tree. The presents are all saved, hidden, until either Epiphany on January 6, or Christmas Day for families that have been influenced by foreign cultures. Personally, I think one of the best parts of Christmas is the anticipation and mystery involved in having to look at your gift for weeks before you get to open it. If that's not the whole point of wrapping paper, I don't know what is.

My two-year-old daughter, Nora, doesn't quite understand Christmas yet. The idea of waiting to receive and open presents, and certainly any threats of them being dependent on behavior don't sink in. But she did enjoy the novelty of setting up a plastic tree in the living room and decorating it with ornaments. 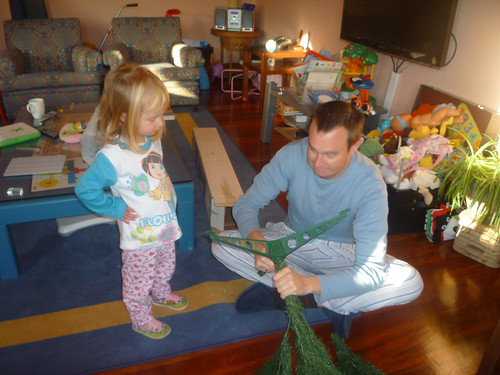 Every tree needs a good base. Wow, that's profound. 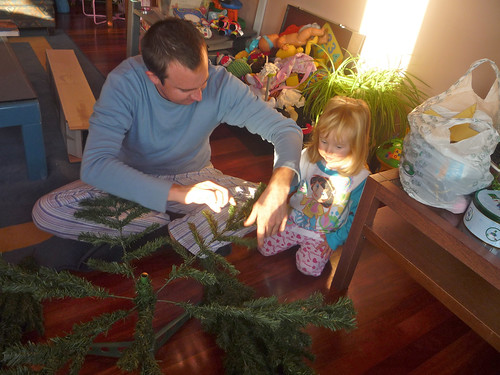 Separating every sprig is the secret to making an artificial tree appear full. 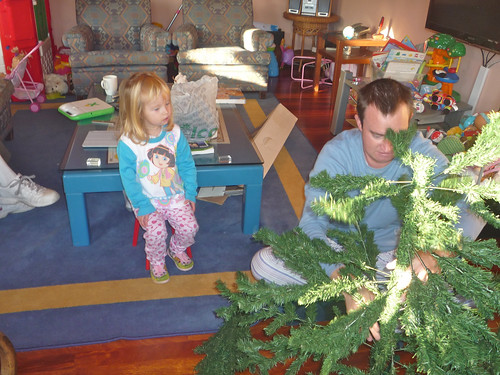 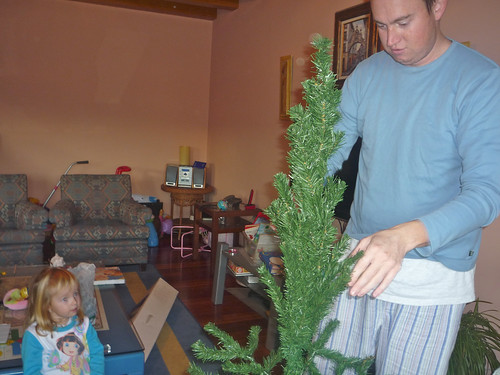 Every year I'm surprised at just how tall our tree is. I always remember it as being tiny. 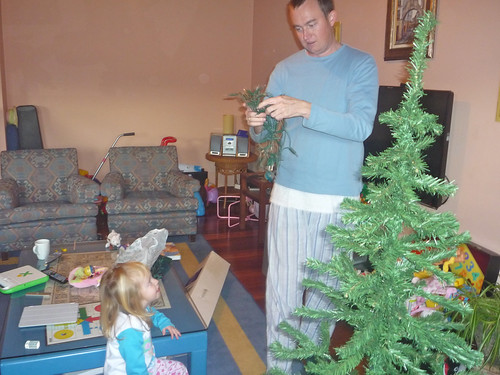 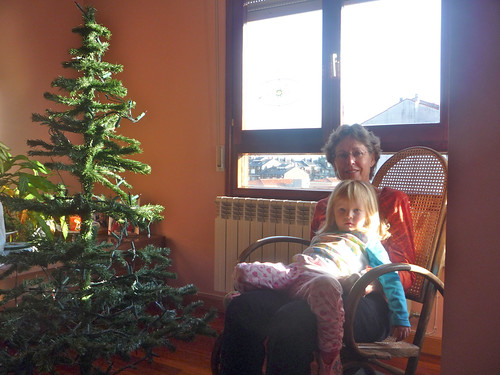 All this tree preparation is exhausting! 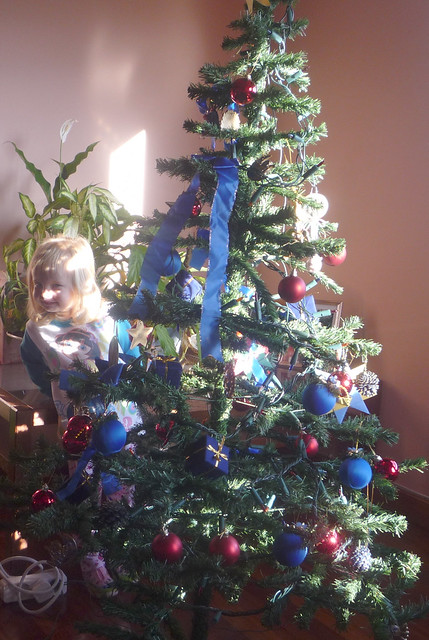 It occurred to me the other day that families with toddlers who don't yet understand the lust of consumerism should just pair up and exchange toys between households rather than buy new plastic crap. In the face of novel toys, the kids probably won't even notice some of the old toys are missing.

May your solstice celebrations be jolly.