The church in Colindres is really not very attractive on the outside. It's a simple red brick structure that, if you didn't notice the iron cross at the top of the bell tower or the big banner of El Papa hanging on the front, you wouldn't know it was a church. In fact, just the other day, as I was walking by it, a car pulled up to the curb and the driver said, "¿Dónde está la iglesia?" Giving possibly the best driving instructions ever, I reached out and touched the building to identify its location. There are several locals who regularly post photos of Colindres on the Colindres Facebook page. I consider them my friendly photography rivals. Recently, one of them posted a photo of two angel statues. I immediately recognized them and wished I'd been observant enough to realize their potential as a photographic subject. So I decided to replicate that photo and give the external church decorations a closer look. 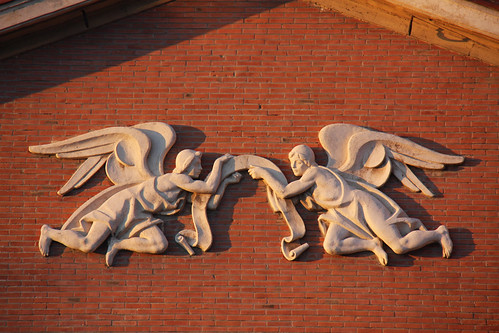 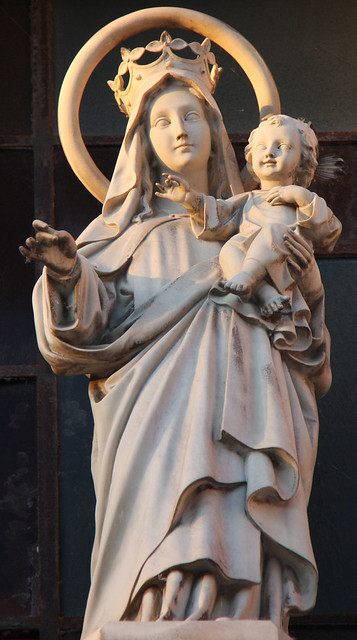 Their right hands are in almost the exact same position. Ancient Templar symbolism or a sculptor's shortcut? 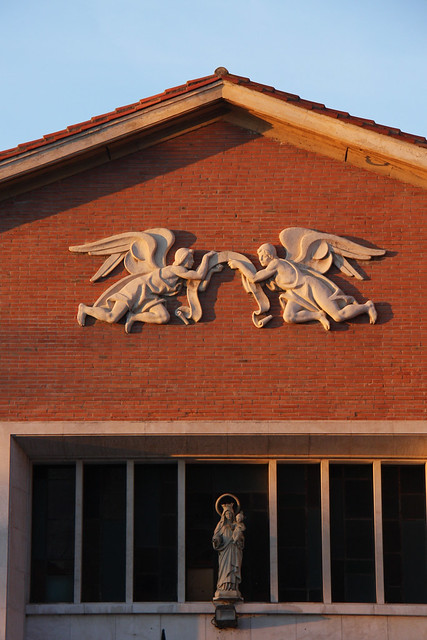 The front of the church, showing the orientation and relative size of the previous two subjects. 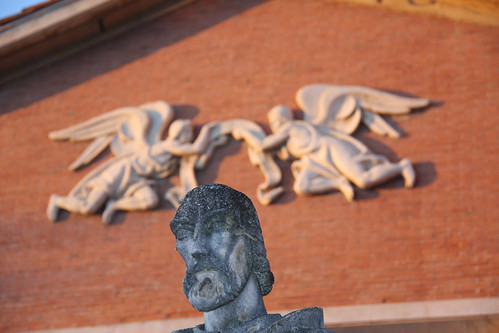 This is a statue of Brother Pablo. I'll translate a bit from the Great Cantabria Encyclopedia.

Brother Pablo of Colindres (Colindres, 1696 - Vienna, 1774): His real name was Pedro Antonio de Oruña Calderon de la Barca. He studied at Valladolid and Salamanca and became a professor of law at the latter university. Later he joined the Order of Friars Minor Capuchin and adopted the name that is generally known. It was during five years a missionary in Oran (Algeria). The king offered him the Bishopric of Barcelona, but he refused. In 1761 he was elected superior general of the Capuchin Order. In this capacity, he toured most of Europe, finally dying in Vienna in 1774. His funeral was attended by the Empress Maria Theresa. He acquired universal fame for his wisdom and virtue and is the author of numerous theological works. His brother was the Bishop of Osma, Juan Antonio. 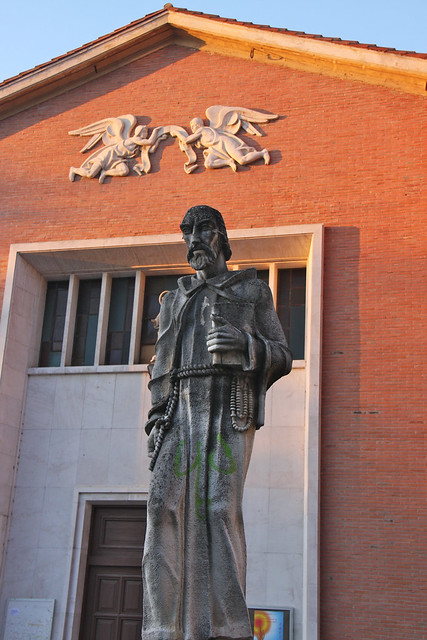 Luckily, the neon green penis someone spray painted on him four years ago has mostly faded.