Tonight we went to see one of our favorite musicians, Rosana, in Santander. We saw her once before in 2007 and were absolutely floored by her genuine kindness and generosity as a performer. This time, rather than being in a venue where we could go right up to the stage if we so wished, we were in a theater, with assigned seats. Also, for some reason she was touring just before her new album comes out (later this month), so there were many songs that no one in the audience had heard before. I understand the business need to debut some new material, but the audience at a concert comes almost exclusively to hear songs they already know. She commented several times about how strange it was to sing to a crowd sitting down quietly listening. Towards the end, however, she got us riled up and had us all dancing in front of our assigned seats like a rock concert should be. Just like last time, she made the effort to leave the stage and walk out among us while still singing into a cordless mic. Last time I just got close enough to take some photos, but this time I actually got a sincere handshake (there was an empty seat between us, or I would've gotten a hug). Marga was still to shy to show her real admiration for Rosana. What could be better, as a fan, than to receive a hug from your favorite artist while she's singing your favorite song?

They were very stern at first with an announcement over the intercom telling us that video and still image recording devices were expressly prohibited, but when the artist comes out to pose for photos with her fans, screw the rules! So I took some photos... 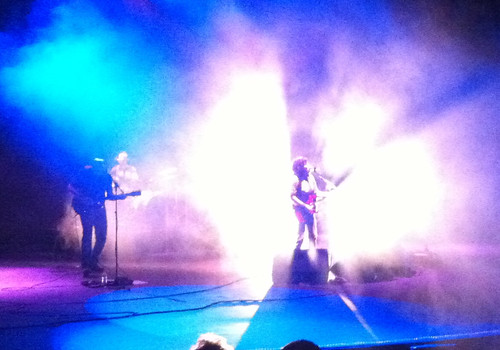 There was a light right behind Rosana that made for some really awesome fog shadows, but also was completely blinding when she moved out of the way of the beam. 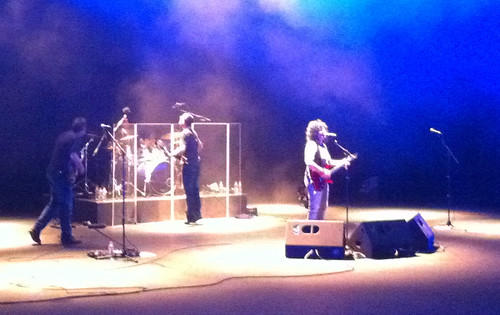 She plays chords and even some complex fingerpicking on most of her songs, but her lead guitarist was absolutely phenomenal. Why is the lead guitarist always on the singer's right and the bassist on the left? Is there a reason?

With social networking what it is these days, I thought that leaving a message on her Facebook page might actually reach her. I don't know if it will, but this is what I wrote.

I'm an American, and I fell in love with a Spaniard in 1999, and my girlfriend told me that her favorite singer was you. Immediately I purchased both CDs and spent the year that we were separated by the Atlantic (for immigration reasons) listening to your CDs. Without knowing even seven Spanish words! But with your lyrics, I was learning. So, you'll understand that you occupy a special place in my heart.

Now I'm married to that same Spaniard and we live in Cantabria. We saw you in 2007 and again tonight, and we loved you both times. You are a wonderful artist! And an even more wonderful person.

She might not see it, but if she does, I'm certain she'll take the time to respond. 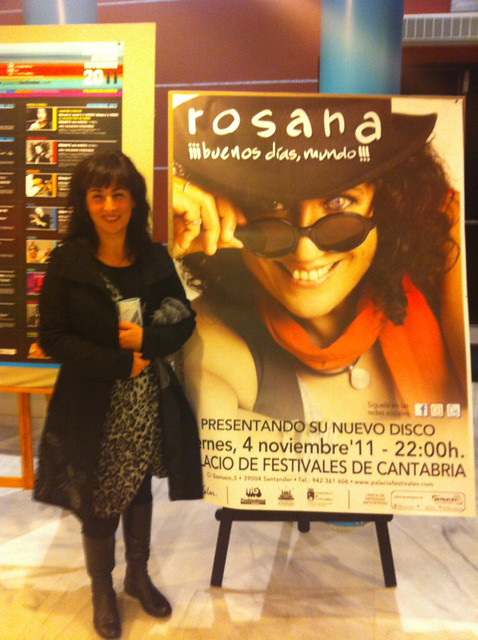