A couple months ago, we started chatting in the street with our neighbors from three flights down, and their four-year-old daughter, Carmen, began playing with Nora. Immediately it was clear that Nora liked Carmen more than most children near her age. There was a certain je ne sais quoi chemistry between them as they giggled and chased after each other. So this year we decided to invite Carmen over for our household's very American tradition of Halloween pumpkin carving. Unfortunately, our secret not-so-under-cover produce agent, Andrés, wasn't able to get a nice round carving pumpkin from the farmers' market this year, so we had to go with the smaller commercial version that has begun to be sold in Spain as the Halloween holiday gains purchase in the Spanish psyche. 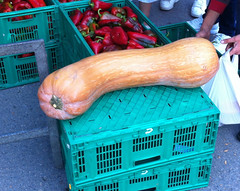 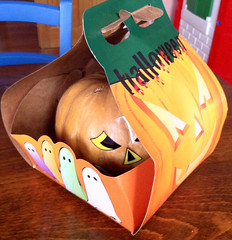 Most pumpkins in the local market look like this long phallic gourd on the left. The small commercial one is seen here on the right in its packaging, witch included a helpful "You can also eat me!" sticker.

As you're about to see, Nora and Carmen were incredibly cute playing with the pumpkin innards, cleaning out the seeds and fibers. About halfway through the carving party, Nora's face started to swell up and she complained of an itchy eye, so she had to drop out of the pumpkin cleaning. What a shame if her allergic reaction persists and she is unable to partake of this wonderful autumnal bite of americana. 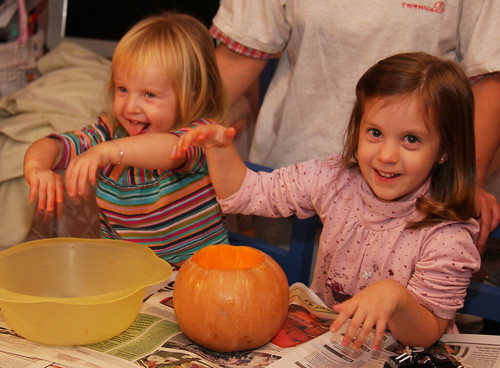 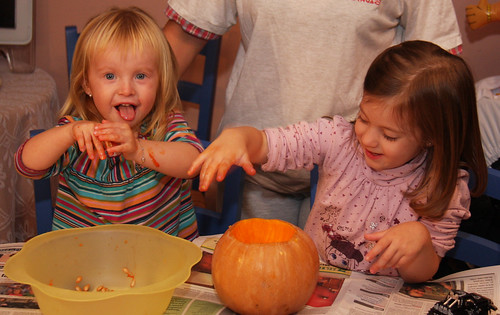 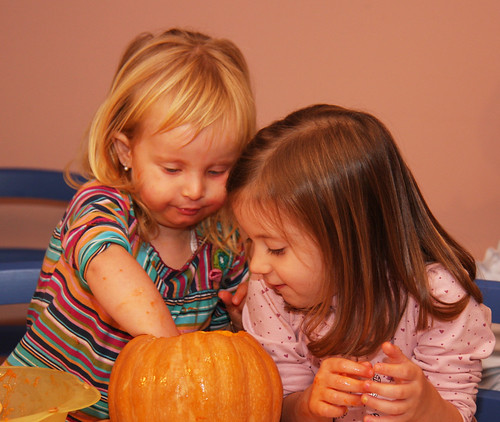 This is my favorite shot. 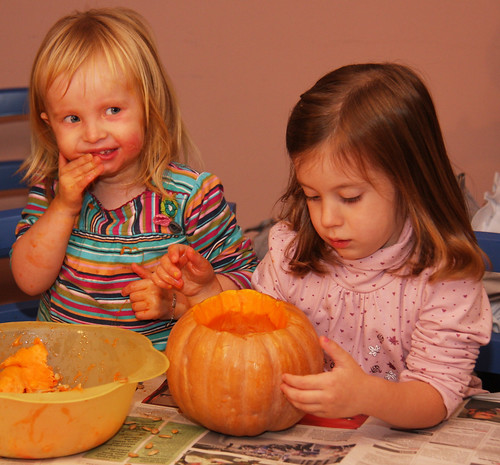 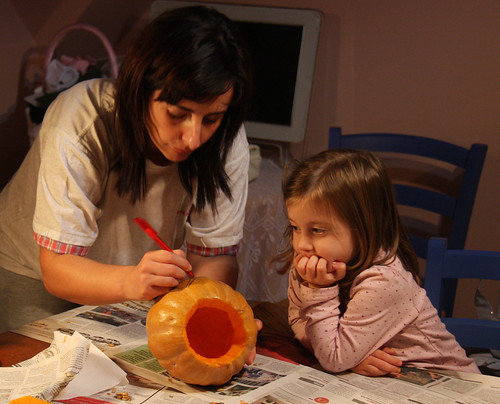 Marga set to work on her masterpiece, with apprentice paying close attention. 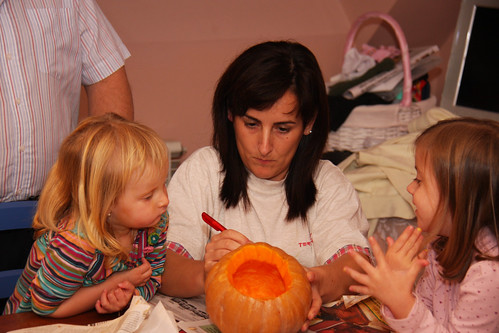 Concentration. Marga said, "Everybody make a scary face, so I know how to draw it!" 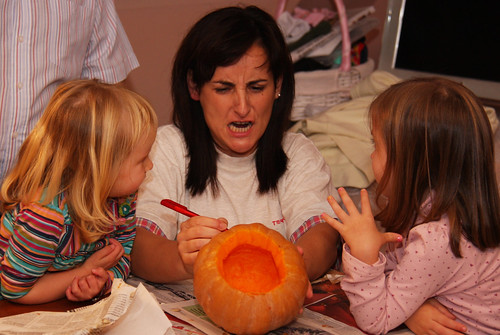 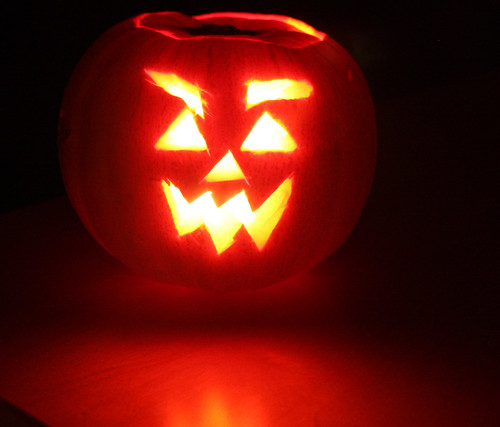 My effort. His name is Droopy Brow. Marga put it nicely when she said, "He doesn't look like a very clever pumpkin". 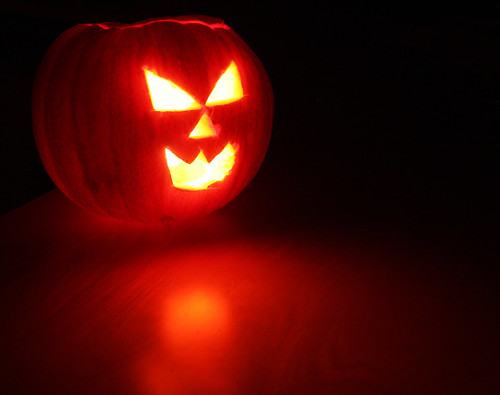 Marga's effort, Isosceles Brow. She drew the face, and I carved, since the pumpkin skin was very thick (that's why Droopy Brow's feelings weren't very hurt). I rarely eschew the bottom teeth, but I like her design. It's a bit ironic, though, given her scary face above. 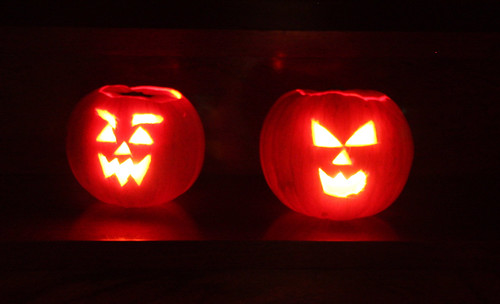 Iso, and his slower brother, Droops. 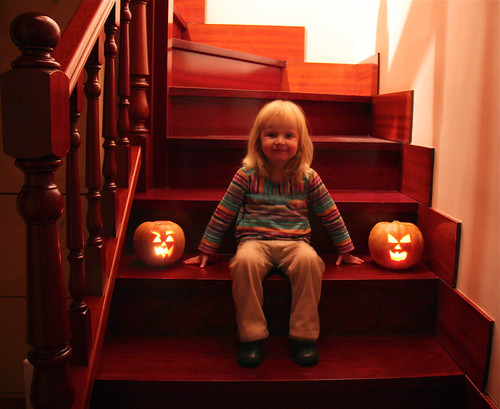