Sunset at the Docks

For more months than I'd like to admit, my DSLR's CCD sensor has been dirty. There were just a few specks of dust, but I had to digitally retouch almost every single photo to remove the digital noise they caused. A couple weeks ago, I decided enough was enough, so I took my lens cloth that came with my sunglasses, flipped up the mirror (the R in DSLR) and wiped off the sensor. Of course this didn't work at all. Every time I tried to wipe it, I added more debris than I wiped clean. I had to break down and order a sensor cleaning kit, which consists of some Q-tip-looking things the size of the sensor and some sensor cleaning liquid, which smells like it may be entirely made up of rubbing alcohol. I'm guessing that cleaning off the sensor is just something DSLR owners have to do every couple years, like replacing the tires on a car. Thus, with a clean sensor for the first time in months, I felt like I'd just purchased a new camera, so I took a walk down by the fishing harbor around golden hour. 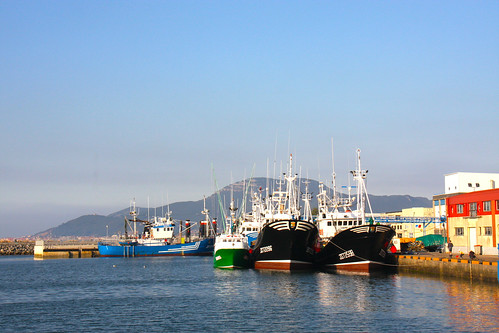 The fishing boats were in. 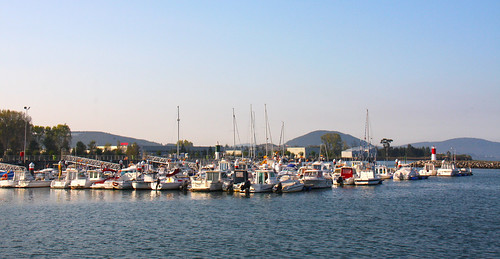 The marina, for all the non-commercial vessels. 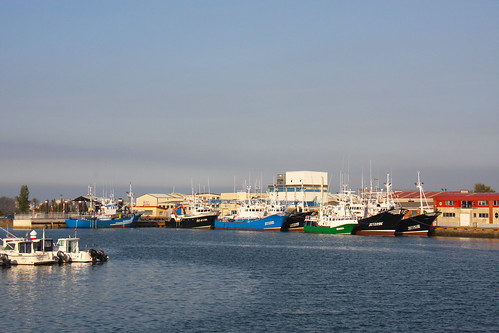 They look tiny from across the harbor. 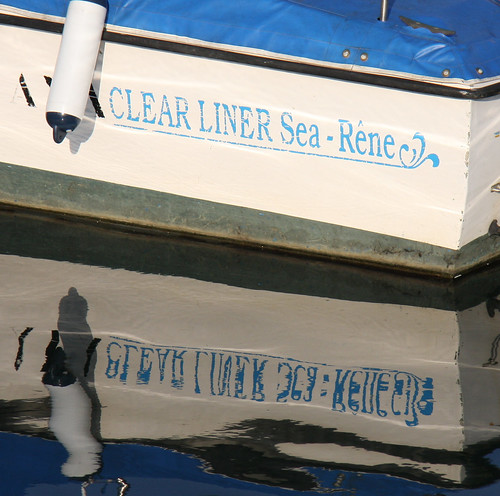 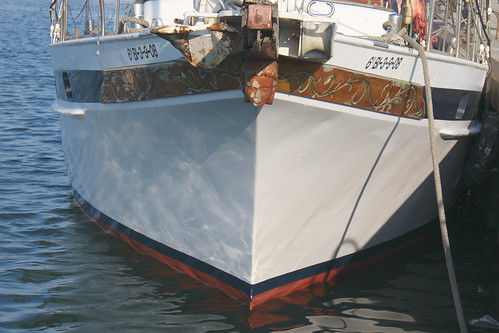 I hadn't seen this boat with a figurehead before. 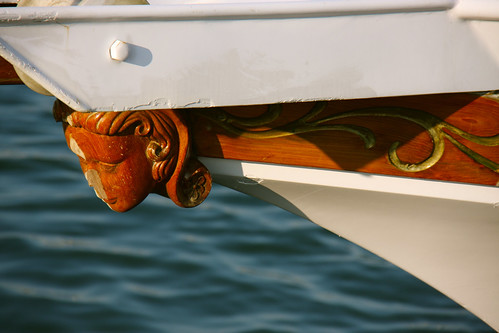 It was probably an unfortunate docking incident that caused her rhinectomy. 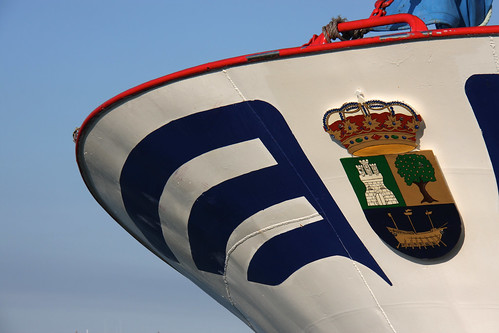 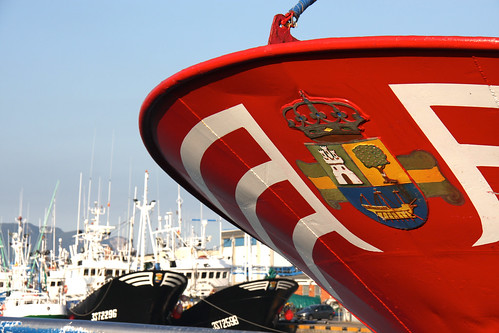 Two boats with the Colindres coat of arms. Notice the others in the background. 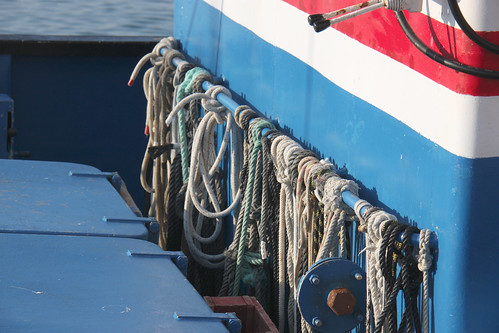 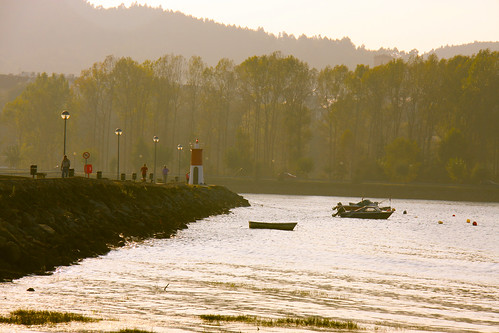 Joggers on the lighthouse pier. 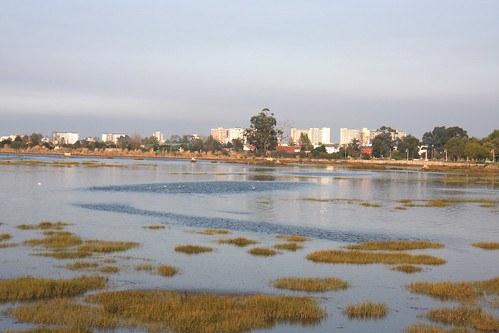 This chevron of different water texture was interesting. Probably caused by grass just under the surface?

Those buildings in the distance are apartment blocks in nearby touristy Laredo. No need to go on holidays to Benidorm to see beachside high rises. 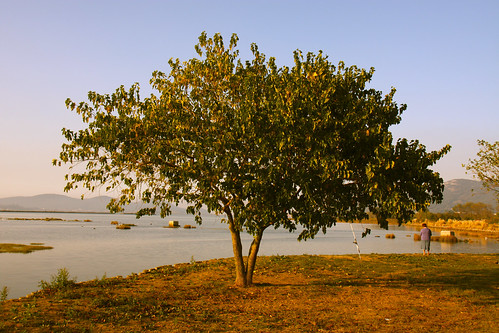 Tree and a woman fishing. 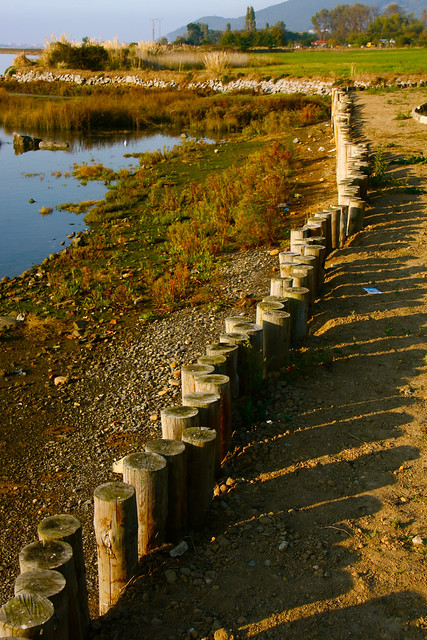 Posts try to define the border of the tidal basin. The water does wet them at high tide. 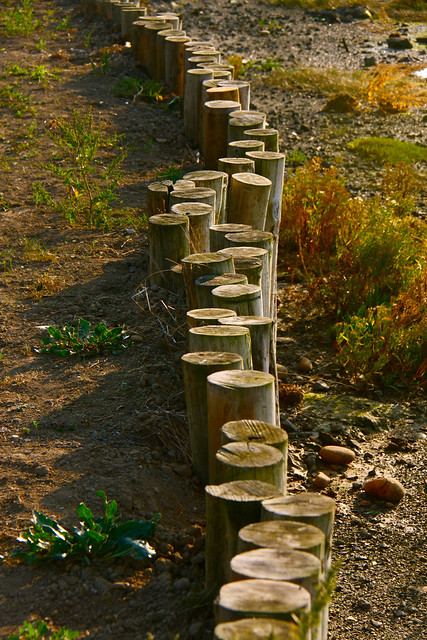 I wonder how straight they were originally? 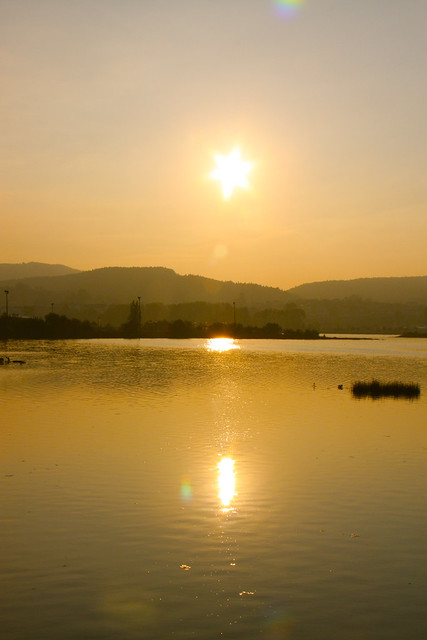 I can't claim credit for noticing this. A woman walking near me told her companions, "Hey, look! Three suns!" The stillness of the nearby water reflects the sun only at angle of incidence, like a mirror, but the choppier water further away reflects it at all angles.

My walk continued inland, away from the water, for a bit. Those photos will be in a subsequent post.