Like most of my best wordplay, it had escaped my mouth before I realized the cleverness of it. I was talking with my daughter this morning, and I said, "You're so messy! You're like [Argentine soccer player, Barcelona phenom, and possibly the best living soccer player] Leo Messi!" I stopped for a minute, realized the significance of what I'd said, and went into the next room with a "Look how clever I am!" look on my face to tell my wife, but she stopped me and said that she'd heard what I'd said and already – probably before I did – noticed the humor/coincidence of it. Did any of my bilingual readers pick up on it? I had pronounced his shortened first name with the English pronunciation of "LEE-oh". There is a Spanish word with the same pronunciation: lí­o. What does that word mean? It translates to... "mess".

How many people are there whose first name and last name mean the same thing in different languages?

Although his full first name is Lionel, Spanish speakers call him by his nickname, Leo, with Spanish pronunciation, "LAY-oh", so perhaps no one has picked up on this phenomenon yet. Thus, I felt it important to place this gem on the internet for all to say, "Huh...that's very slightly interesting..." 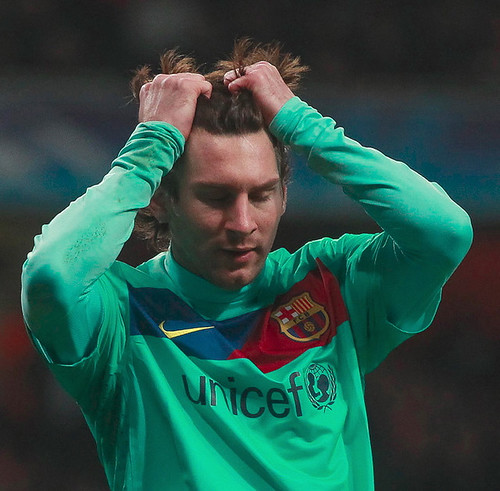