This morning when I was walking Nora back from the town's Friday market, a man was wandering around asking people if they knew when the race was coming through. What race? The human race? As I went about my daily errands, I gradually learned, through eavesdropping on people, that the Vuelta a España would be passing through town. This is huge!! It's one of the biggest international cycling races, sort of Spain's version of the Tour de France (vuelta = tour or lap). Then I remembered that I had heard that they were finishing one stage in the nearby town of Noja. Apparently the parties thrown at the end of each stage are absolutely amazing, and worth going to even if you don't care about the sport at all, so if you're a heavy partier looking for cheap holidays abroad... I learned that they were leaving Noja at 1:45 PM and that they were expected to go through Laredo at 2:10 PM, which would put them smack in Colindres at around 2:05 PM. After her lunch, Nora, out of the blue, started crying. When asked what was wrong, she said, "I want to lie down in the stroller and go to daycare." Given yesterday's antics, I was incredulous, but further questioning confirmed her desires. So I took her to daycare; she fell asleep on the way. Then back home to clean up her lunch dishes and get my cameras.

Upon considering several places from which to view the race, I decided that seeing them cross the iconic Colindres-Treto bridge would be a good place, so I walked down to the harbor and picked a spot. It was still only 1:40 PM, but all the benches were occupied and people were generally milling about around the road. On my way to the bridge, I saw people setting up signs cheering on some guy named Cobo, whoever that is...not that I could name any pro cyclists beyond Armstrong and Contador.

I got to the bridge and found the usual group of men that are there on all sunny days, standing around doing a superb impression of the intro to King of the Hill, with their fishing lines hanging off the bridge. Finding a place to attach my GorillaPod to film the race was tricky, but eventually I settled on a metallic structure near the bridge. Then it was just a matter of waiting. Soon, normal civilian traffic ceased and all the cars were police vehicles. I passed my time practicing a panning motion blur photography technique I've been wanting to try. If you track a moving object with your camera as you press the shutter with a slower than normal shutter speed, you should get a shot where the subject is in focus and the background is blurred. That's the theory anyway. It's quite challenging in practice without a tripod.

Then...the race arrived! It lasted for all of about 15 seconds. Well, more, actually; according to my video, the time from when the first cyclist passed until the last cyclist passed was a full 16.1 seconds.

About a zillion cars with bicycles on top passed, with license plates from all over Europe, and then the road was open to civilian traffic again. 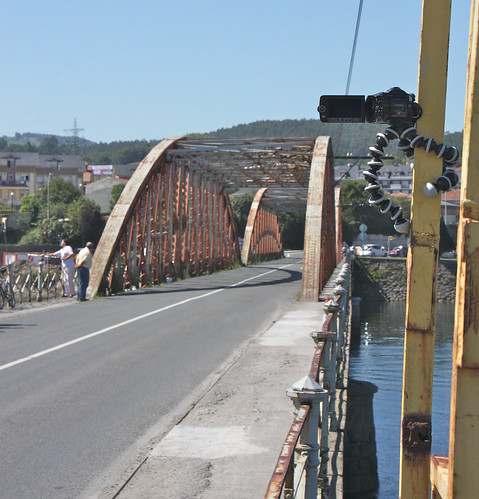 My HD video camera attached to a metal scaffold to film the race. 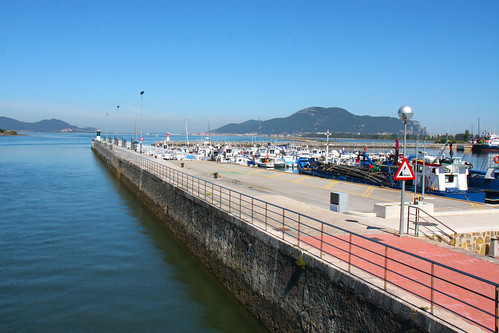 The view of the harbor 90Â° to the right of the previous shot was too pretty not to capture. 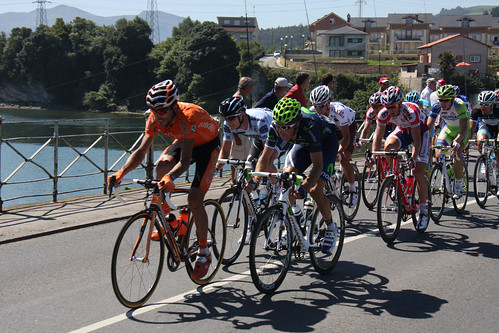 The leader, it turns out, is this guy named Juan José Cobo, a local Cantabrian man from Cabezón de la Sal, who, after today's Stage 19 of the Vuelta a España, is leading the race overall. Go Cobo! 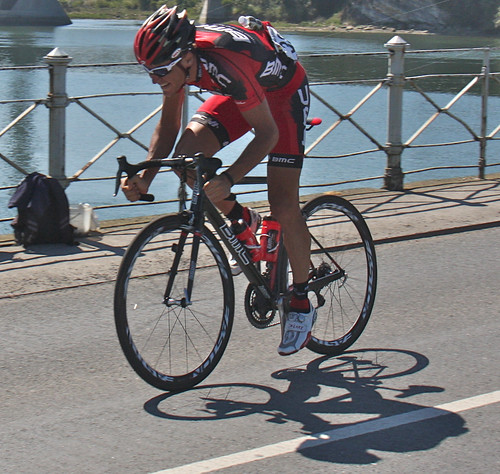 Something about this picture gives me the impression that the cyclist is hovering just above the ground. 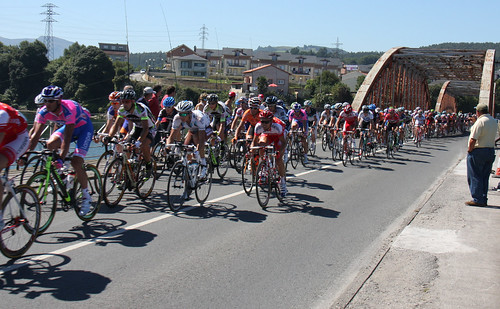 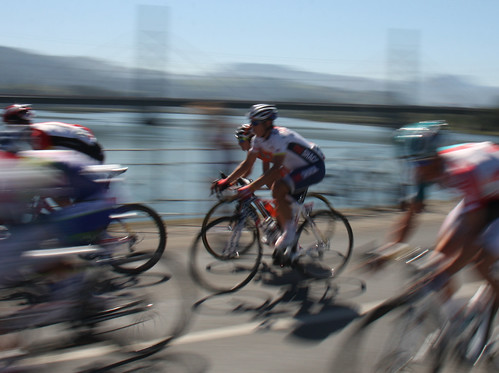 This is that motion blurring effect I mentioned. 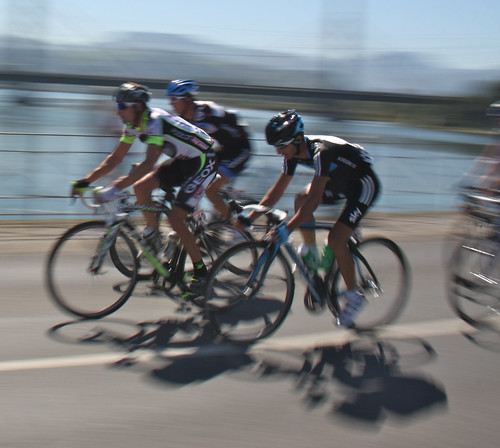 Some of the license plates the drove by. Belgium, France, Italy, Netherlands, Spain, Germany, and...Moldova??? 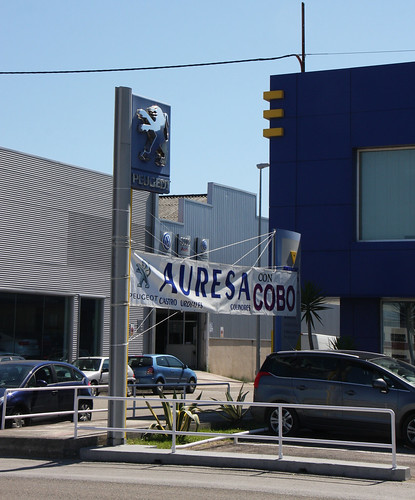 The local Peugeot dealership is rooting for Cobo.

The whole experience was pretty interesting, in that it was somehow a superposition of excitement and boredom. I think that, even more so than most sports, watching cycling live is much more about having a good time outside with friends than actually seeing incredible athletes.