About a year ago, I became a fan of a Facebook page about Colindres, the town where I live. With the exception of one brief spat in which I suggested that perhaps the town hall shouldn't be sponsoring a bunch of crackpot UFOlogists to come to town and vend their wares, where a few people got offended by my suggestion that extraterrestrials have probably not travelled light years to come visit the Earth and not leave any evidence that psychology cannot explain, the experience has been very interesting. No new meatspace friendships have come out of it, but I can stay up to date with festival schedules and things.

One of the things I enjoy most about following this particular Facebook page are the photos that are posted fairly regularly, taken by a gentleman named Raíºl Gonzalez. He has an eye for capturing his town's beauty. Earlier this week, I was looking up some census data for Colindres on Wikipedia and discovered this gorgeous photograph of the two bridges with a rainbow, taken by none other than Raíºl.

My first thought after admiring the beauty of the shot was to see if I could figure out the exact spot from which it was taken, and replicate the panorama, albeit sans-rainbow. Notice all the boats in the river.

So I grabbed my camera and went for a walk across the iron bridge to Treto, the neighboring town. What follows are the photos I took along the way. 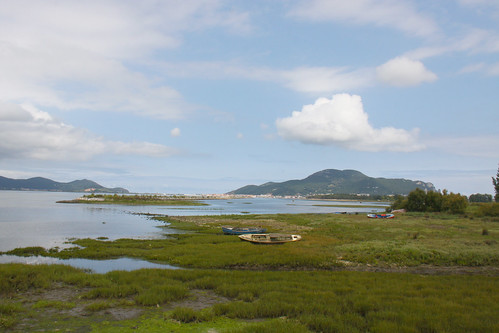 I love the flood basin with its wealth of avian fauna. 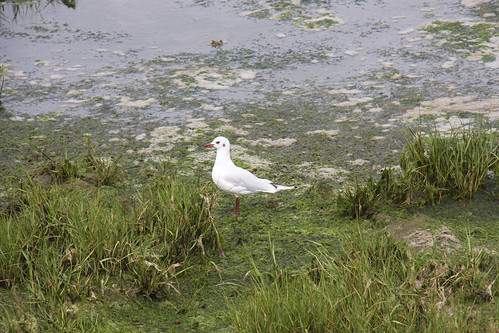 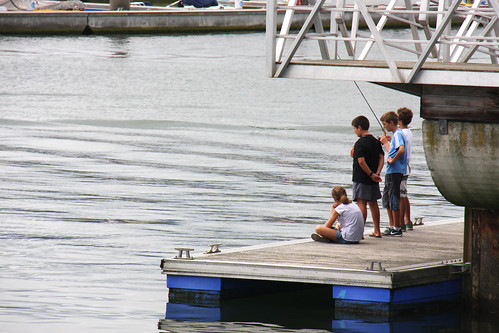 How children spend the long school-less summer days in a fishing village.

The first panorama – view larger – showing the fishing boats in the harbor. 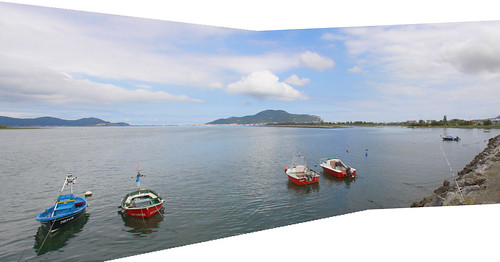 Turned 180Â° from the previous photo, looking towards the town of Santoña, at the foot of Mount Buciero. 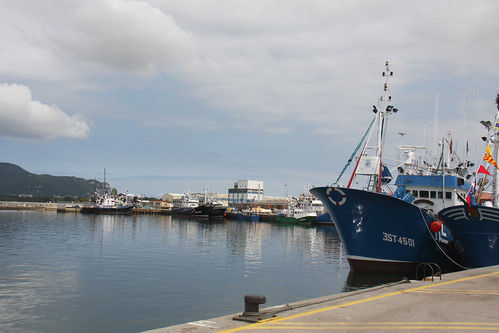 Another shot of fishing boats. 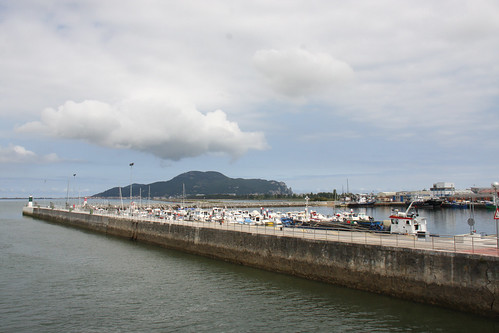 The dyke that keeps the water from the river Asón – flowing away from the camera out to sea – away from the harbor. The marina is only about a year old. Looking back at Raíºl's photo above and comparing it to my replica below shows just how good a job the marina has done of cleaning the moored boats out of the river.

This is my version of Raíºl's two-bridge panorama. View larger. The bridge on the left is the spinning iron bridge built by Eiffel, the tower guy, and connects Colindres to Treto. It used to be the best place to cross the River Asón in this region until they built the bigger bridge for the motorway on the right. 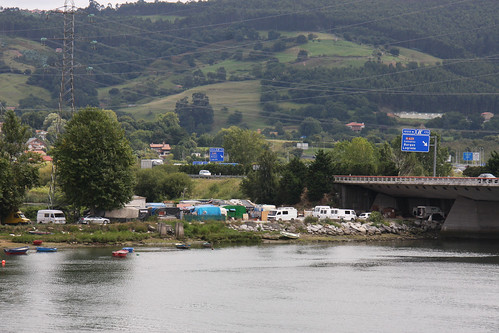 It's hard to see in the previous panorama, so I've zoomed in. This is our local gypsy camp. They live in vans under the bridge. As is common with gypsies, they have hacked into the power grid, but I don't know if they have any running water. They're weird, rejecting regular societal norms, but they don't cause too many problems. 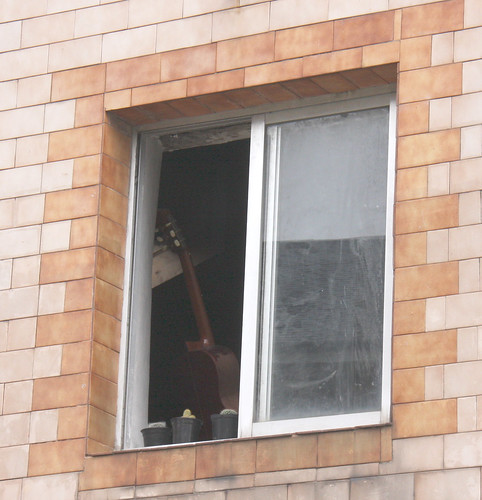 Normally I'm pretty good about not taking photos through people's windows, but I loved the juxtaposition of the cacti and the guitar in this attic. 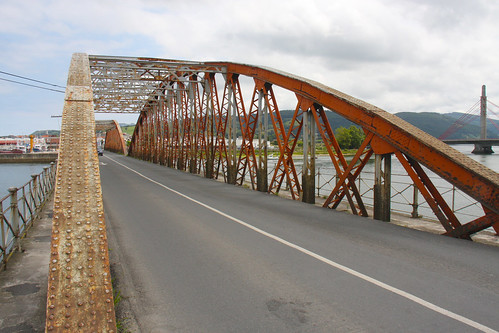 Heading back over the iron bridge. 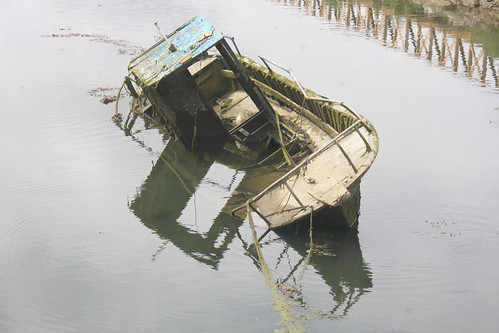 An old rotting boat. Colindres has several of these. 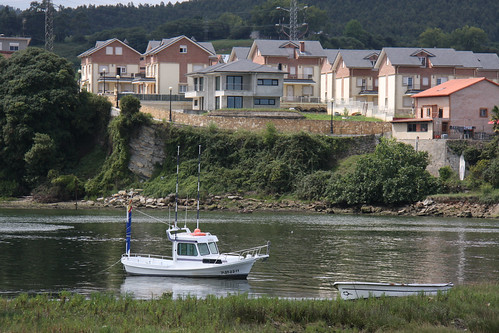 I took the previous panorama from between those two street lamps over there on the other side of the river in that relatively new Treto neighborhood.

And here is the panorama looking back across the river from Colindres towards Treto. View larger.

Here is a little video slideshow that I made. I find that large panoramas are often viewed better with some Ken Burns panning than with downloading a large image file and scrolling.