A Cloudy Walk Around San Sebastián

Our two-year-old daughter, Nora, has been in Extremadura with her grandparents for all of last week and will be there for another two weeks, one of which we will be visiting her. It's hard to be away from her for a whole fortnight, but we've been video conferencing with her with some success. We thought it wise to take full advantage of our childlessness and do some tourism that would be a lot more difficult with Nora around. On Saturday, after running quite a few errands, we made our way into San Sebastián, probably the most beautiful of the Basque cities. We got there late, around 5:00 PM, and, after deciding to leave our umbrella in the car, the weather turned nasty. We walked around for a bit, took some photos, drank some beer, ate some tapas, and then headed home. We were glad that we went, but disappointed that it couldn't be for longer and with better weather.

The Maria Cristina hotel. This is the hotel to stay at in San Sebastián. It was built in 1912, during the rise of San Sebastián into prominence as one of the top tourist destinations for Europe's upper class. This is where all the Steven Spielberg and Julia Roberts types stay when they come for the annual film festival. 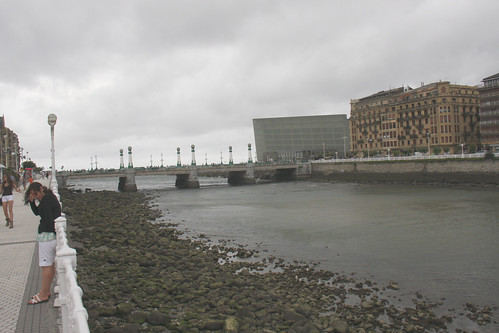 The hotel overlooks the mouth of the Urumea River. 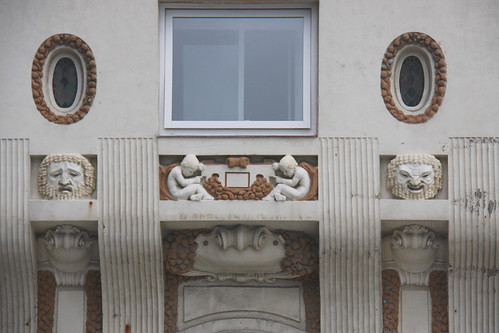 Almost all the facades in San Sebastián are worth examining. 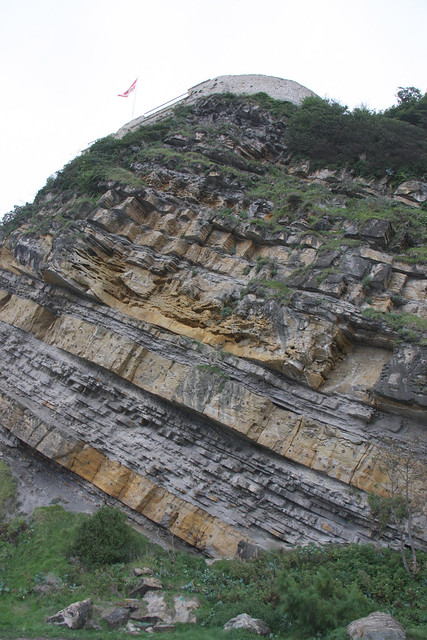 This photo is not tilted. This is the cliff face looking up to a lookout post. It was yet another time when I wished I had my Uncle Jamie, the geologist, with me to explain what type of sedimentary rocks make up the various layers and approximately how many years each centimeter represents. 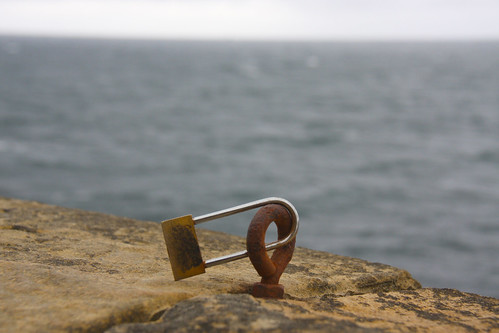 The sea wall had these little rings and padlocks every ten meters or so. I wonder what for? 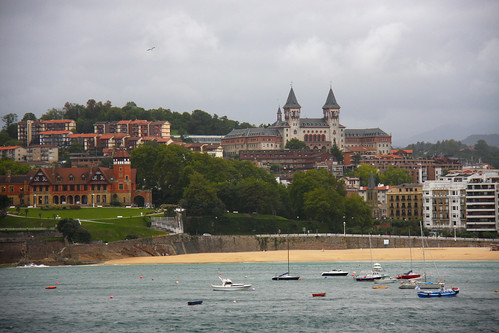 A look at the beach. 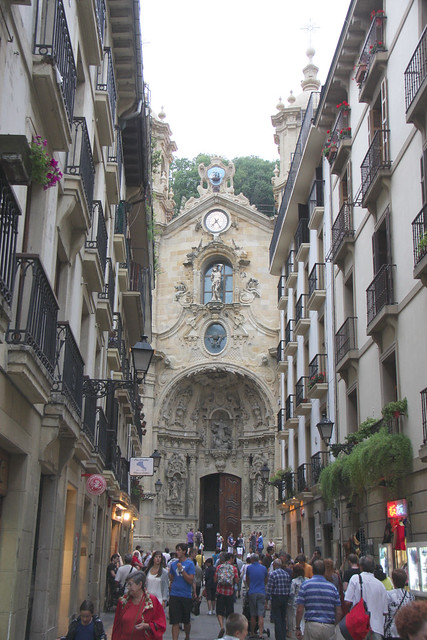 This is the must-photograph shot from San Sebastián's pedestrian streets. I've never seen a documentary about San Sebastián without it. 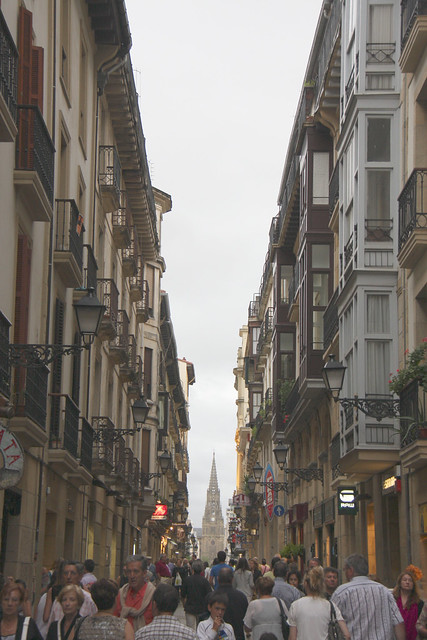 I was not aware that if you turn 180Â° from the previous shot, you can see all the way down to the cathedral. City planning win! 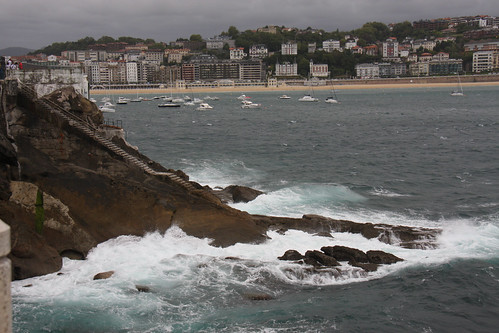 I loved this stairway down to the water. The steps have been worn down by the waves and weather to the point where it's almost a ramp. 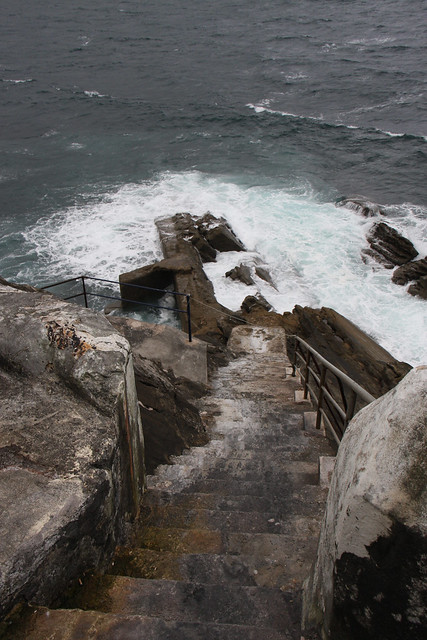 Good thing they have a gate on it. They look dangerous. 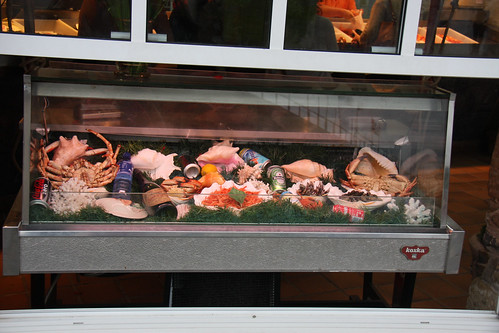 The fisherman's quarter would've been a lot more intriguing if I didn't live in a northern Spain fishing village myself. The menus in the seaside restaurants were very pricy, but probably very delicious.

Don't touch that dial! There are tapas photos coming up in the next post!