Every year, right around Santiago, nearby Santander celebrates its Semana Grande (Big Week), with the most Spanish of traditions: bullfights and tapas. My interest in bullfighting has waned in recent years, but my interest in tapas is as strong as ever! On Sunday, the last day of the festival, my wife and I went to sample the wares that the restaurants around Santander had to offer. Each participating restaurant or bar had set up a caseta, a little stand, in the pedestrian streets of the city. The tapas were all 2.50€ with a small beer or crianza red wine included. It was pretty pricy, I must say, especially considering that I ended up eating seven of them, but it filled me up and filled an hour or two of time for under 20€, so it was only a little more than a meal at a nice restaurant would've been. 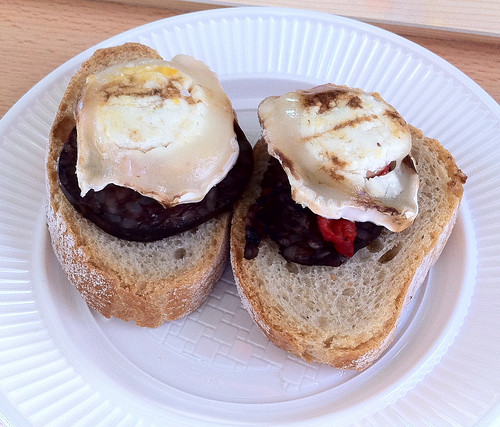 Two of my most favorite foods in Spain: morcilla (blood sausage) and goat's cheese, topped with a bit of balsamic vinegar. This tapa could easily have been the best thing ever, but the slices of both ingredients were very thin, and it was served cold. 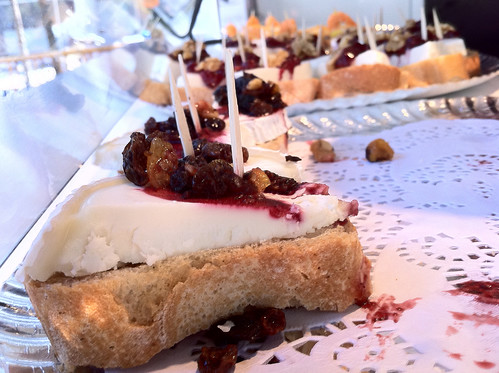 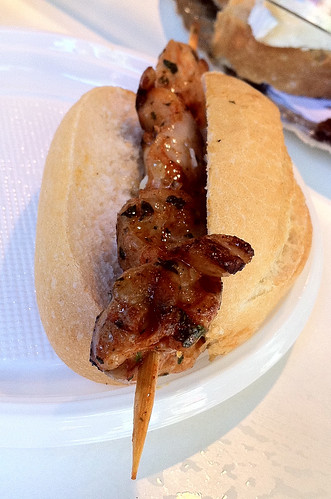 A bit of chicken on a stick. 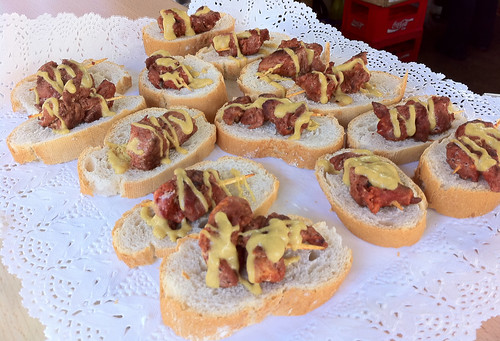 Some sort of meat (chicken or pork?) topped with a mustard sauce. I didn't eat this one. 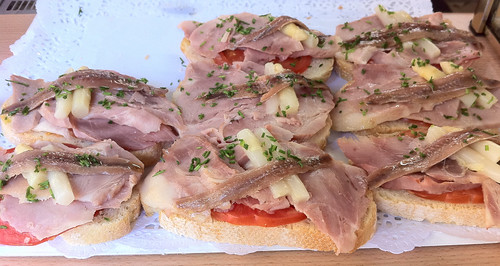 Bread topped with tomato, ham, white asparagus, chives and an anchovy. White asparagus is about the only Spanish food that I don't like. 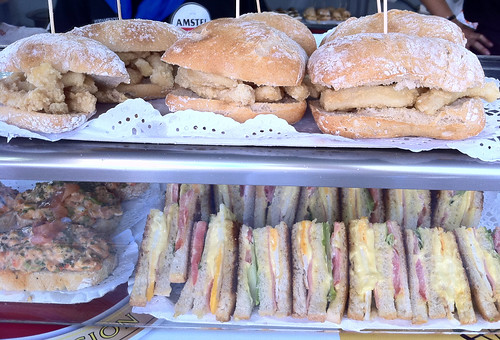 More tapas on display. On top, those are sandwiches of breaded calamari. 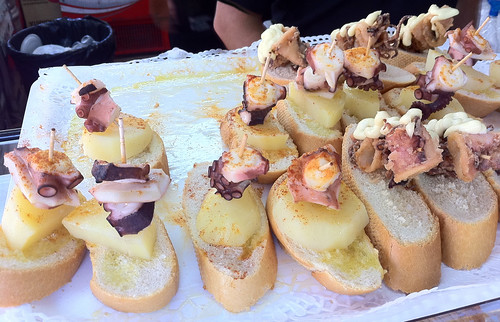 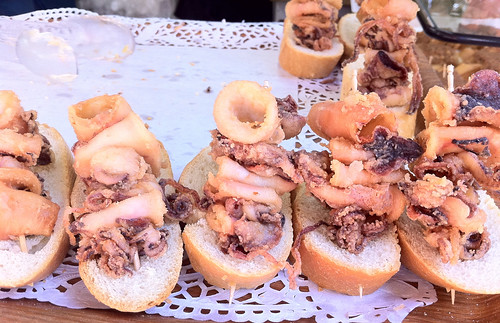 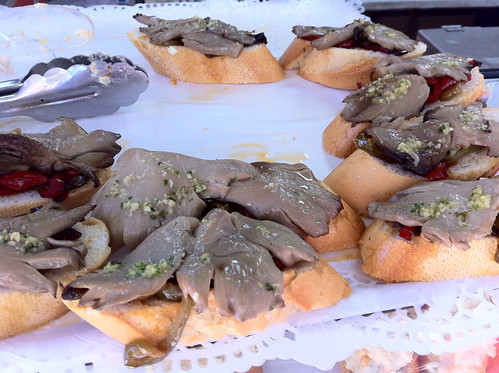 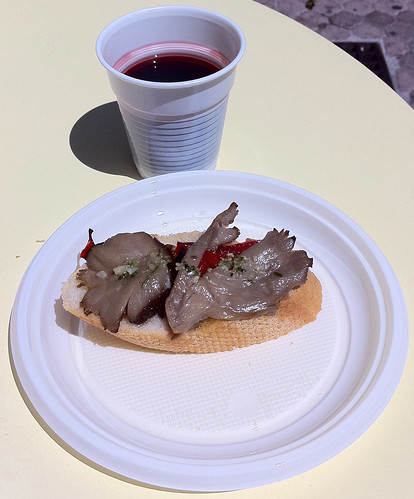 My mushroom tapa and wine. 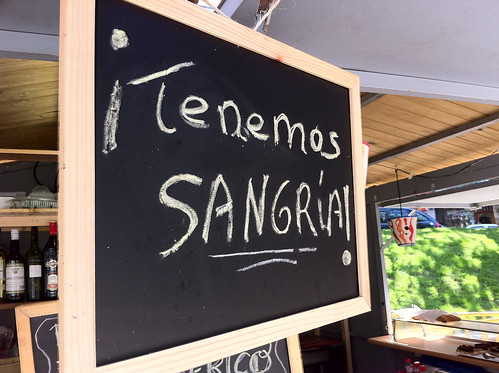 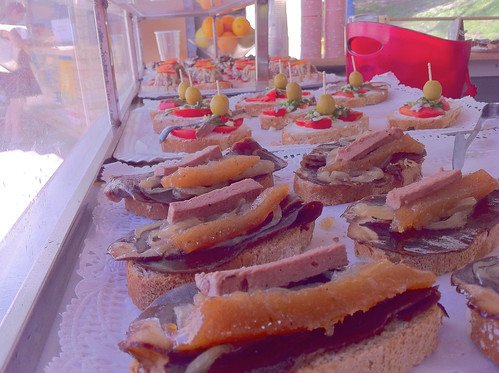 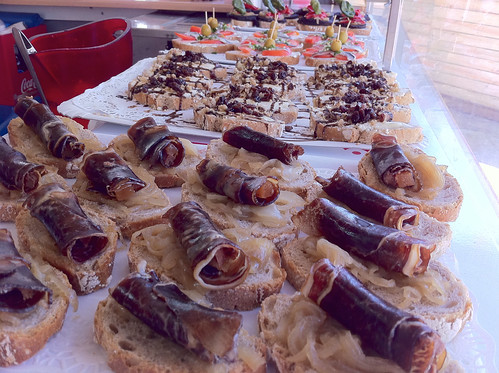 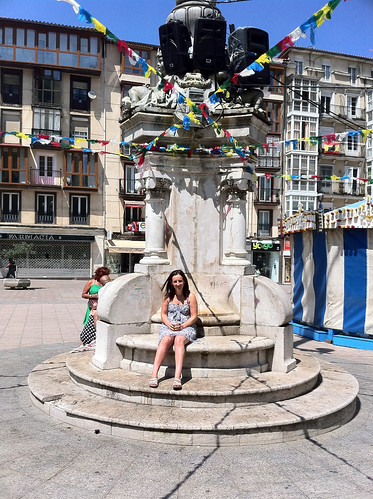 My companion, waiting for me to bring her a tapa. 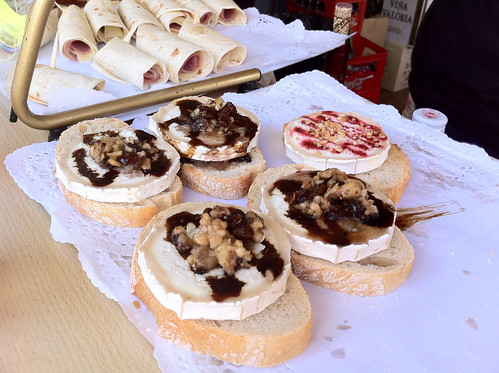 Goat cheese, walnuts, and balsamic vinegar. I ate the red one in the back, which had raspberry sauce, I think. 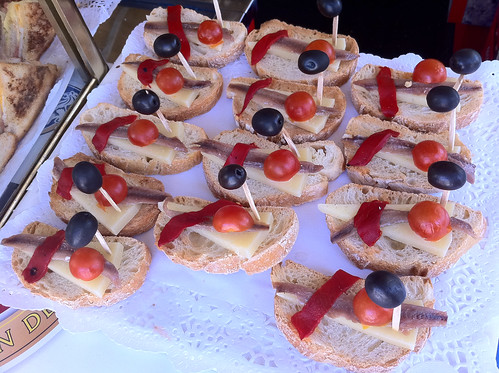 A simple one. Cheese, pepper, cherry tomato, anchovy and a black olive. 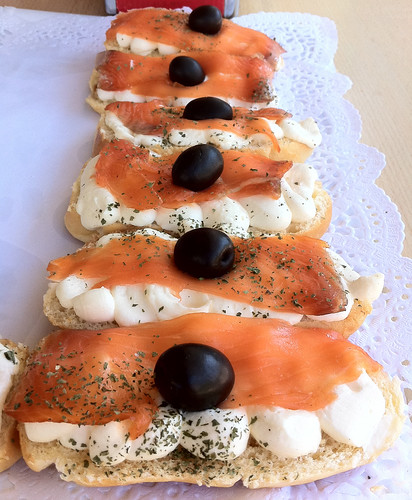 Smoked salmon on a bed of mayonnaise.

When we were full, we decided to take a touristy cruise around the Santander bay, around the Palacio de la Magdalena, Santander's principal tourist attraction. We enjoyed it a lot, and it was nice to sit out in the sun and cool breeze. 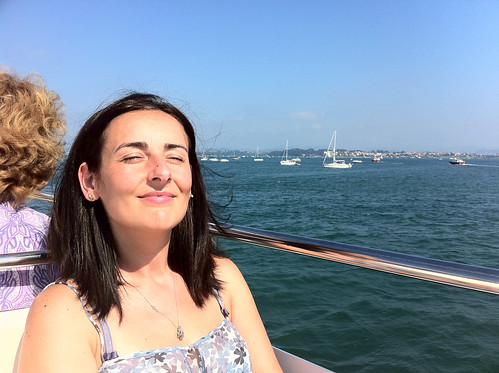 Some of us enjoyed the sun more than others. 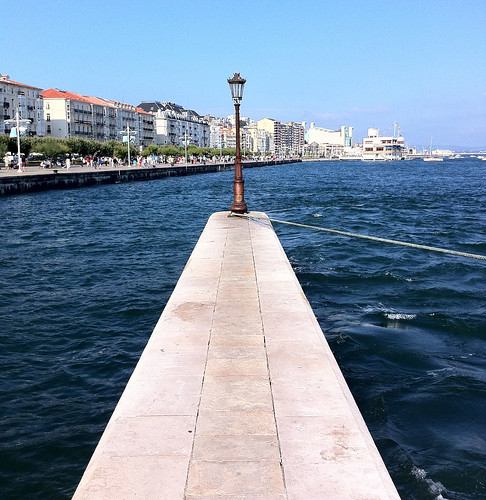 Upon disembarking (or is it deboating?), I had the opportunity to take this stereotypical shot of Santander. It's so stereotypical, in fact, that it was used as the image for the festival this year.

We had a great time, and I'm already looking forward to next years tapa-fest!