Spanair A320 Legroom is a Disgrace

On my recent return from the United States, I had the displeasure of taking Spanair flight JK 6116 from Madrid to Bilbao on an Airbus A320. I'm not a big air traveler, but I take about ten flights a year. This A320 had the least amount of legroom on any plane I've ever been on. Spanair should be ashamed of themselves for cramming so many seats onto this aircraft. 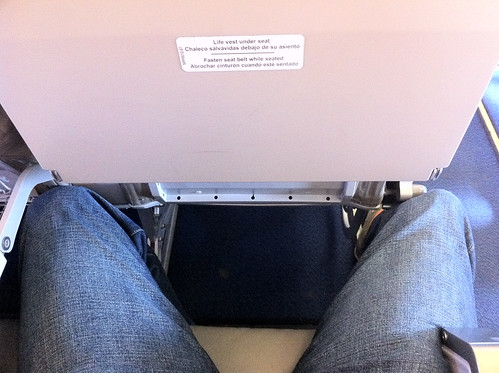 I'm not a particularly tall man at 6'Â½" (184 cm), but I am on the taller end of the bell curve. There was absolutely no way, with my posterior as far back in the seat as possible, that I could keep my knees in the area that my seat's passenger is supposed to occupy. If I had been next to someone of the same height, we would not have fit at all. I had to be constantly aware of when the flight attendants were moving carts around to protect my right knee. 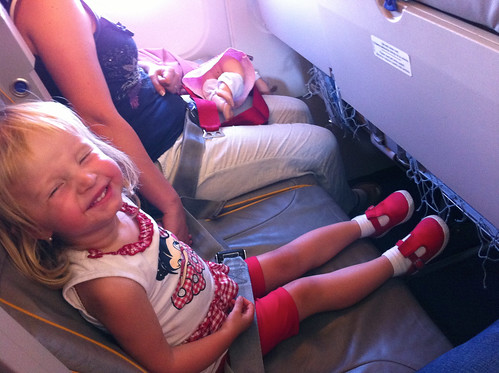 Show off! Apparently they designed this plane for toddlers. 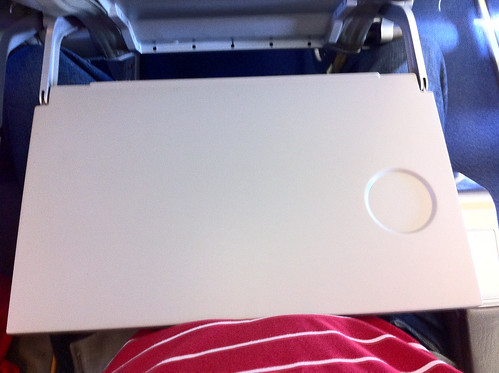 Although I am overweight – and never more so than when I'm flying back from the US – at 185 lb (84 kg), I am nowhere near obesity and am probably on the thin side of the bell curve for Americans. I could just barely get the tray table down to horizontal by sucking in my belly. And the tray table had those rails, so it could have theoretically extended even closer to me.

On the flight from the US to Madrid there was a woman that needed one of those seat belt extenders because she was too obese for the regular seatbelt to latch. I can't imagine what she would've done in this A320...just not fly, I guess.

It was the tray table that really proved to me that Spanair was guilty of putting too many seats in the aircraft, seats designed to have much more space between them. Even if I were trying to skimp on some cheap holidays all inclusive package, I'd expect a higher level of comfort that Spanair afforded me. I don't have the kind of money that allows me to be picky about which airlines I use, but I will do my best to avoid Spanair in the future.