In North Carolina in the summer, it gets very hot. Like in southern Spain, there are several hours every day when you simply can't be outside unless you're actively cooling yourself with water. Marga and Nora spent a lot of time in swimming pools. First, they went to the municipal pool at the Morganton Recreational Center, which has a nice kids pool where Nora can touch the bottom. It's in a nice location because they can walk there from my parents new house they bought a year ago. Later in the week, they decided to go to the swimming pool at my parents old, yet unsold, house, a pool my mother has spent hundreds, if not thousands, of hours cleaning in the twenty years they lived there. That was a lot of fun too. At first, Nora was a little skeptical of the water, but eventually she made it to the point where she was throwing herself into the pool from the steps. 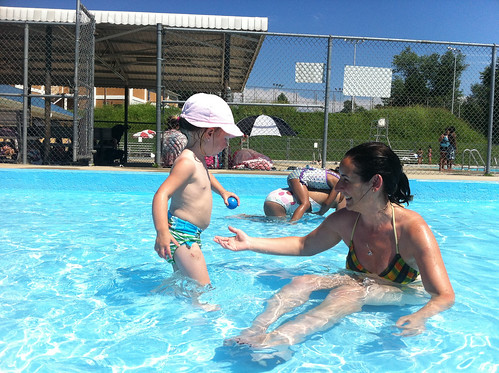 In the public pool. 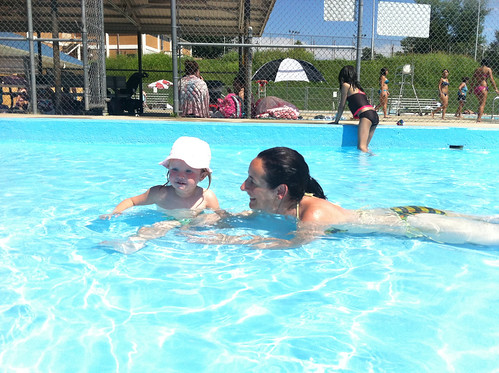 Fun! Nothing like spending a dollar to get into the municipal pool to keep the budget low on your cheap family holidays abroad, eh? 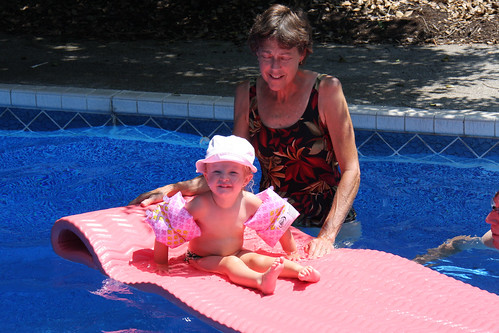 With Grandma in the private pool. 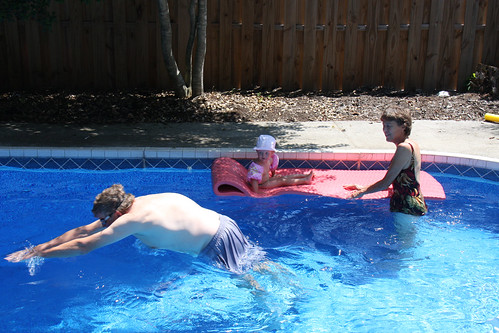 Is that Grandpa or an albino porpoise? 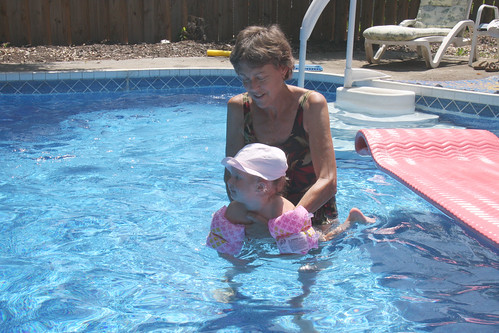 The first day, she refused to do anything but sit on the steps and claim to be "swimming". But by the end, she'd kick around, though always in contact with someone. 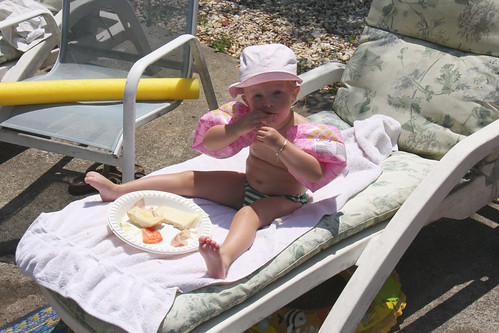 One day we took a picnic lunch. 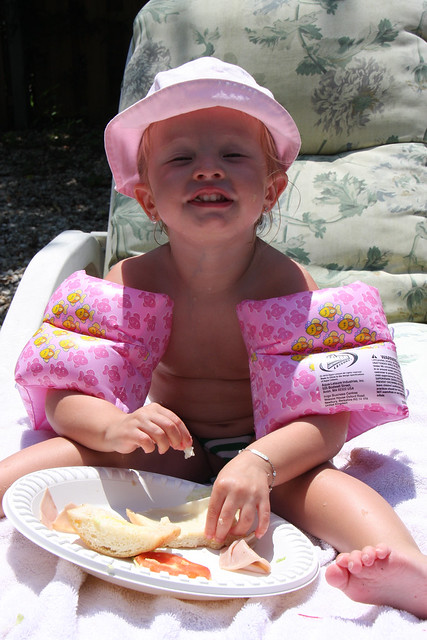 She loved her water wings. As with most things, it took some convincing to get them on her the first time, and then some arguing to get them off her when it was time to go home. 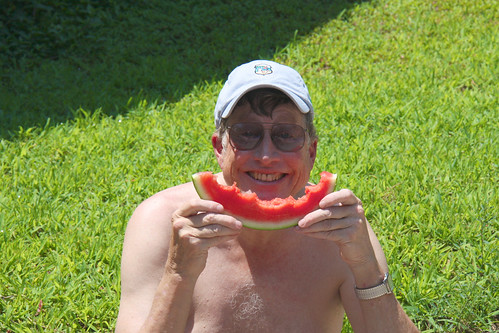