One of the interesting must-see places in the Boone and Blowing Rock area of North Carolina's Blue Ridge Mountains is the Mast General Store. Built in the late nineteenth century (that's like America's equivalent of a medieval castle!), it is a store that has retained an old style of nineteenth century consumerism: the general store. When rural people would "go into town to the store", they meant they were going into the general store. It was a store that sold absolutely everything, not unlike the Chinese stores in modern day Spain, be it bolts, rice, pillow cases, cheese, jigsaws, milk, rope, candy, razors, motor oil or olive oil...everything but deals on cheap package holidays. My family and I visited the Mast General Store on July 3, before we attended a wedding in Boone. The worst thing about the store was the popularity of the place. If there had been about 700 fewer customers, the experience would've been a lot nicer. It's a bit like a living museum, but with stuff you might actually want or need, too. 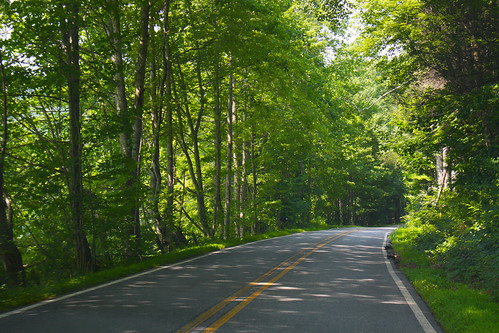 The drive through the woods to Valle Crucis was beautiful, if a bit curvy.

I have sort of reconnected with the Valle Crucis area over the past few years by following a beautiful photo blog by a woman who lives there. She posts some really spectacular photos of mountain nature scenes. 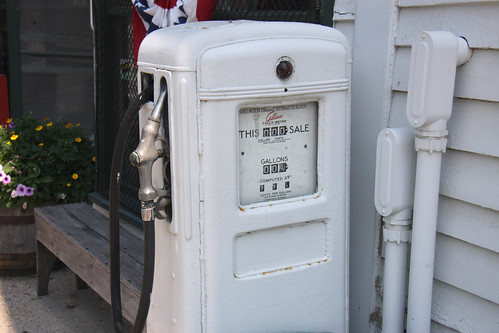 Only two digits for the "cents per gallon" counter? Ha! That's funny. 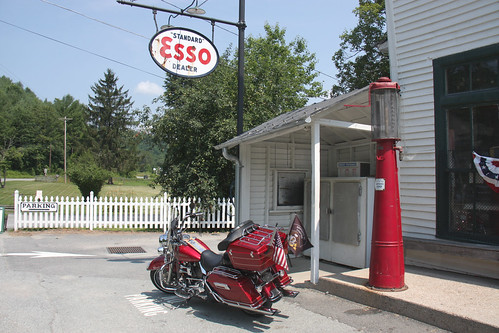 This American-flag-clad motorcycle parked out front seemed a little too perfect. 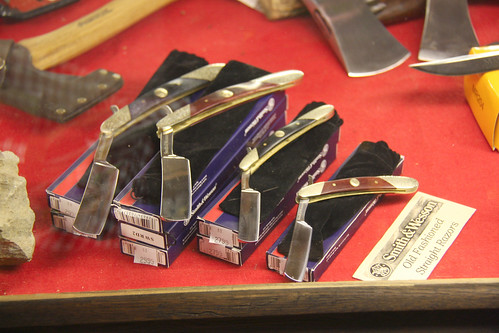 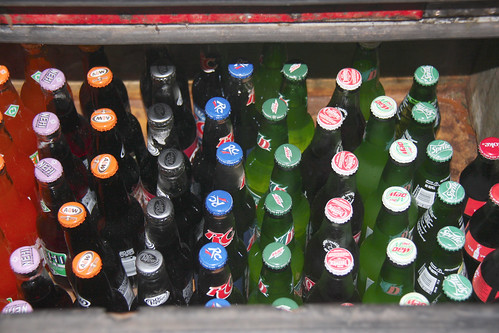 Of course I had to get a cold beverage from the cooler. I am just barely old enough to remember going down to a somewhat-general store where they had a Coke machine that sold glass bottles and popping the top off with the little opener on the machine such that the cap fell down a chute into the machine. 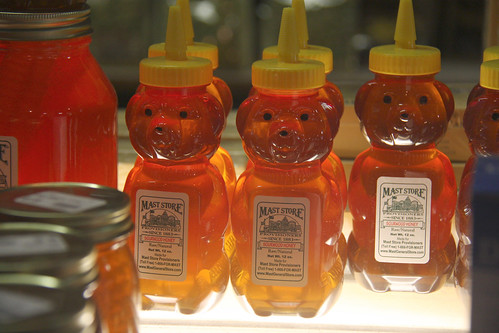 The lighting on these honey bears was too good not to photograph. 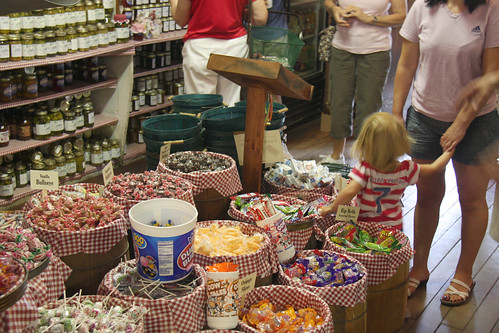 Nora was like a kid in a candy shop. 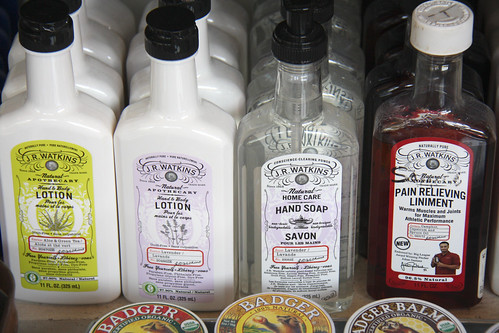 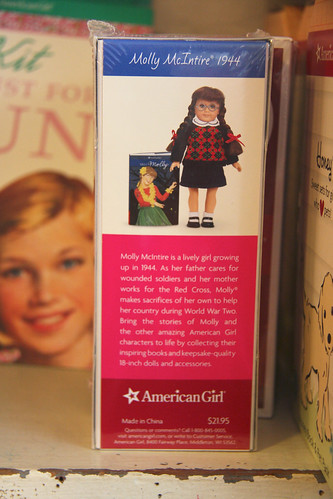 "Molly McIntire is a lively girl growing up in 1944. As her father cares for wounded soldiers and her mother works for the Red Cross, Molly makes sacrifices of her own to help her country during World War Two. Bring the stories of Molly and the other amazing American Girl characters to life by collecting their inspiring books and keepsake-quality 18-inch dolls and accessories." 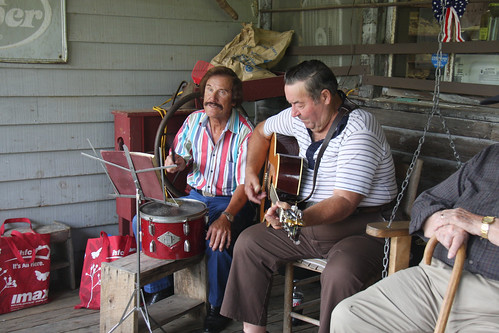 Of course there was live music out on the back porch! 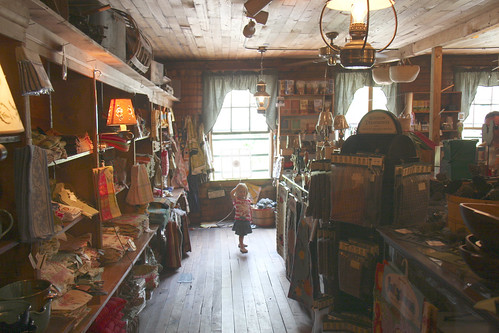 It's pretty amazing that I was able to get a shot of Nora without any tourists around. With a little Photoshoppery, I might be able to pass it off as a ghost picture! It already looks like she's hovering. 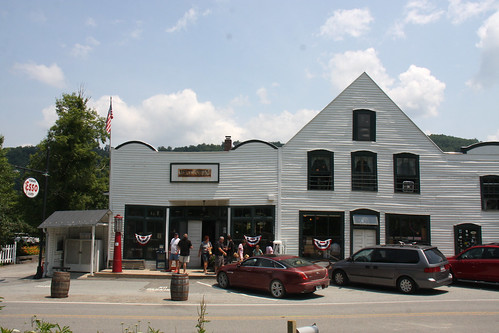 The view from outside the Mast General Store. 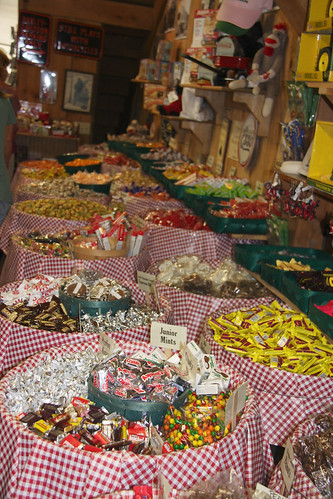 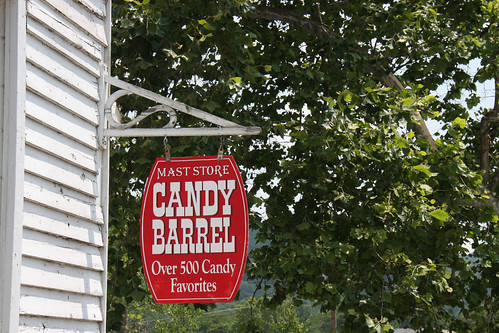 We had a great time. I highly recommend visiting if you are ever in the area.