After playing Tralee, we drove to the town of Waterville where we stayed the night at the Old Cable House B&B, a building constructed by the Commercial Cable Company in 1899 to house workers involved in laying the first ever transatlantic telegraph cable. Upon checking in, the proprietor and chef, Alan Brown, informed us that he was somewhat of an expert in cooking fish and asked us if we'd be staying for dinner. It had begun to rain and we decided that eating in the same building as our beds made some sense. My salmon was, in fact, delicious. 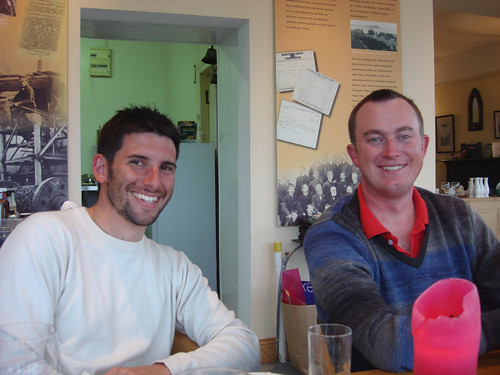 Enjoying breakfast at the Old Cable House, with posters detailing the laying of the telegraph cable on the wall behind. The logistics of such an operation (the cable, not breakfast) is still a little too much for me to get my head around.

On June 15, we played Waterville Golf Links, a famous Irish links course favored by many professional golfers as a practice ground before the British Open. One eccentric golfer, Payne Stewart, had a special affinity for the course and he was given Honorary Captaincy of the club, which he accepted just before his bizarre death in 1999. The Waterville Golf Links have a statue of Payne looking cheerfully towards their clubhouse. 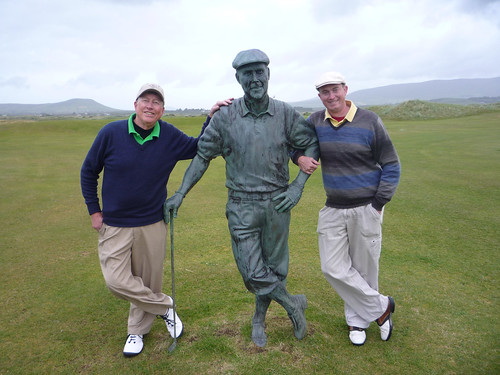 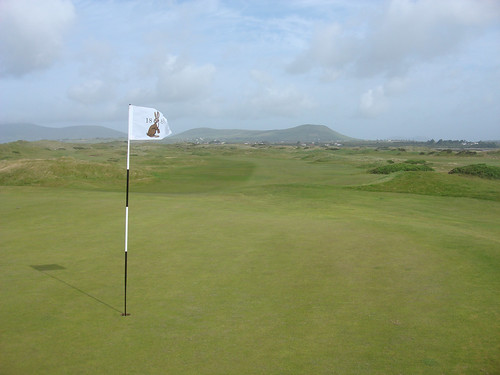 Waterville was a beautiful course. It was unanimously our favorite played so far in Ireland. 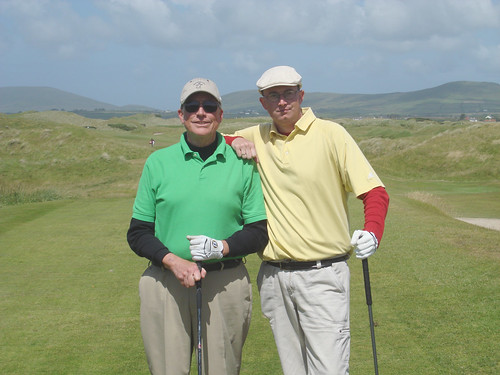 Father and son at Waterville. I've resigned myself to needing glasses to play golf. 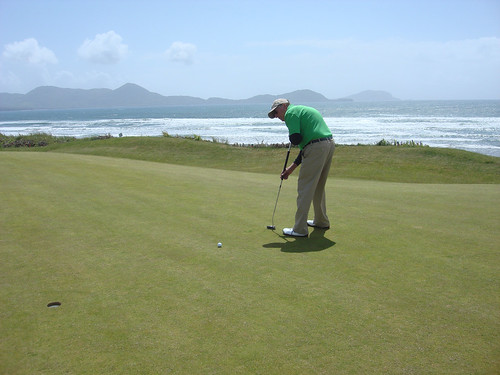 The course went right up to the beach with crashing waves. 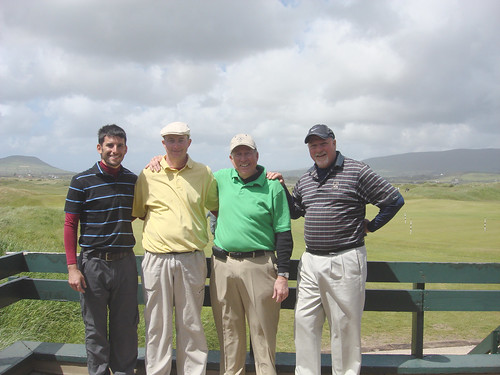 Four golfers after our round. 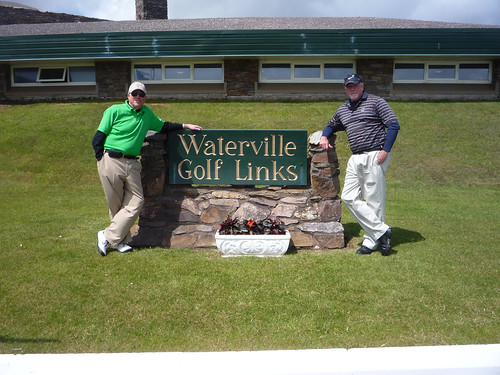 After we finished Waterville, we all had a lovely shrimp bisque to tide us over until dinner, and we hopped in the car and drove to Kenmare, where we would be spending the night in a B&B directly over a pub called O'Donnabhain's. 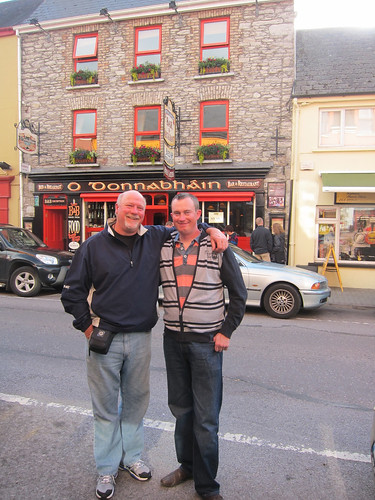 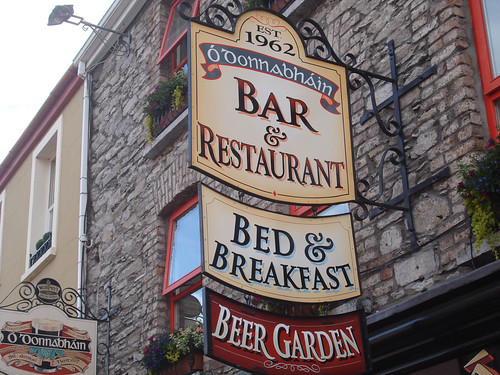 O'Donnabhain's is a bar, restaurant, bed & breakfast and beer garden.

That night we went for a walk and Paul made two old Irish friends. 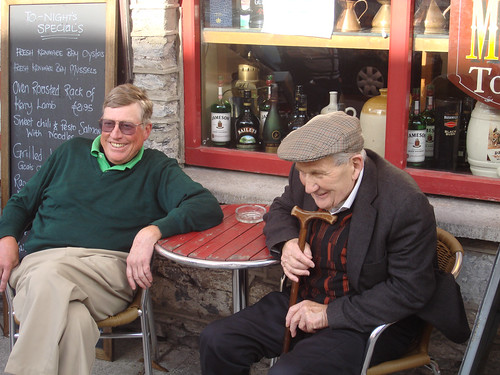 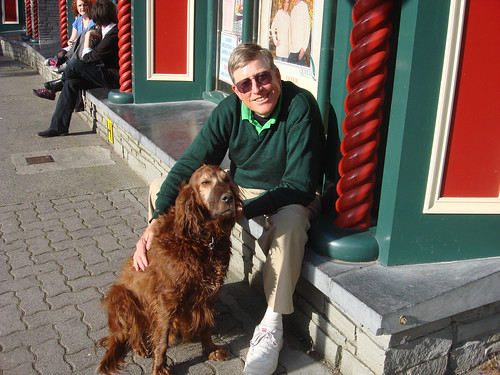 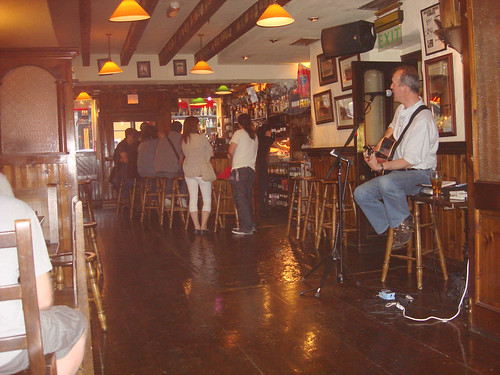 That night we enjoyed a great guitarist and vocalist in bar of O'Donnabhain's. He was so good that I convinced myself that whatever they were paying him wasn't enough, so I slipped 20€ on his table as we headed out to see what else was happening around town.

The great thing about Irish pub music is random locals can get up from the audience and sing. This is a lass named Fiona. Her boyfriend at the bar next to me informed me that she used to be a country singer in a band and was nervous about performing again.