We left our B&B, O'Donnabhain's too early to get breakfast, but a nearby bakery was open, and we each had a scone. On June 16, we were going to be playing a course called Ring of Kerry on the fourth and final round of our County Kerry Classic. Ring of Kerry was our only parkland (not links) golf course. It was also more inland, although it had spectacular views over an ocean sound. It was very different, but quite lovely in its own way. It had rained the night before, and the weather radar in the clubhouse called for rain all day. "So this would be our miserable rain day!" we all thought. We donned our rain pants and headed to the first tee. But out came the sun! We doffed our rain gear and continued golfing. On about the fifth hole, a big storm cloud blew over the mountain ridge and we raced to put on our rain gear again. Down came the hard rain. Soon little pieces of hail were also pelting us as we swung our irons and smack our balls closer to the flags. And then, just as quickly as it started, it blew over and was gone. We switched gloves and took off our rain gear and continued the rest of the round in the gorgeous sunshine. 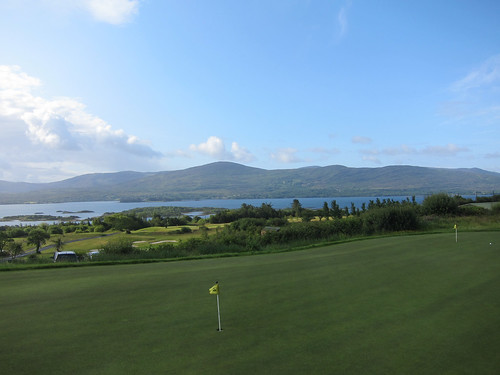 The gorgeous view from the putting green. 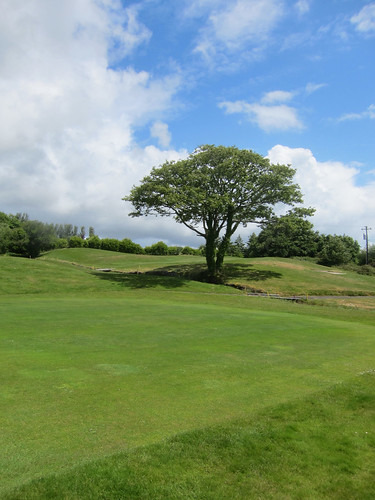 After playing so many links courses, it was pretty strange to have trees on a golf course. 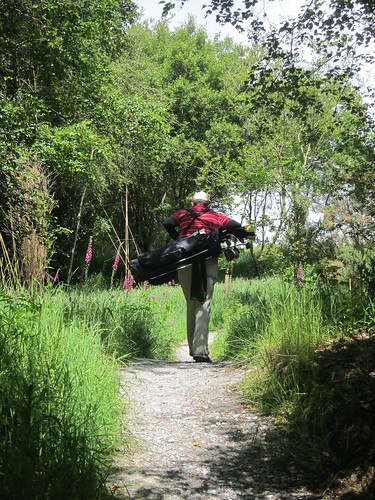 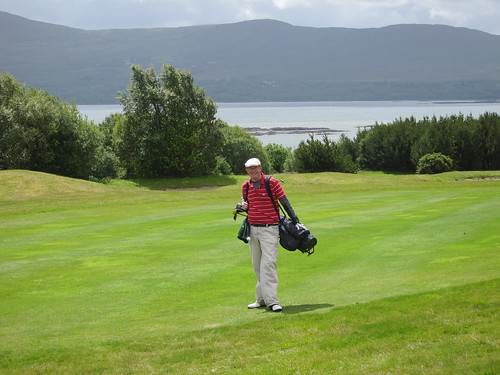 Looking good at Ring of Kerry.

I was winning the County Kerry Classic by quite a few strokes going into the fourth day at Ring of Kerry, and I had the best score that day, thus securing my title. Unfortunately, the trophy wasn't quite as secure. It had fallen out of the car earlier in the week and had shattered slightly. 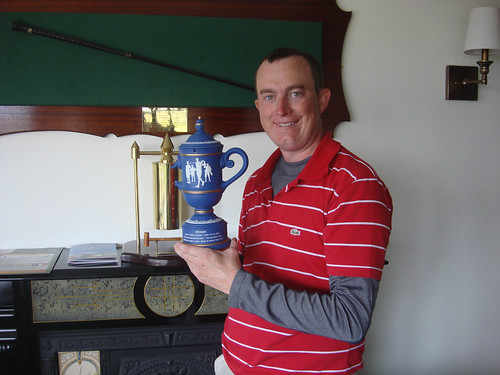 The County Kerry Classic winner of 2011! 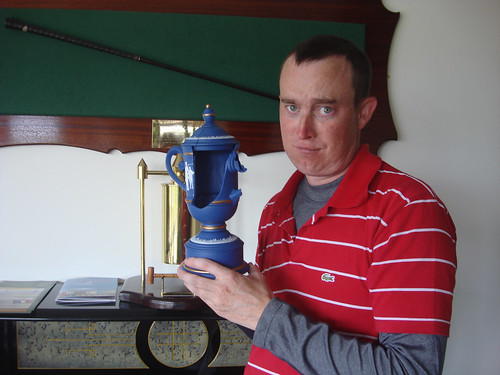 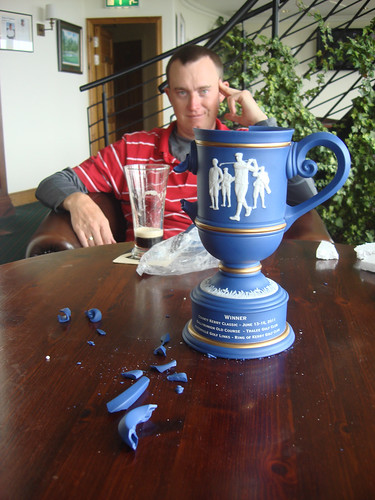 Oh well. Nothing a Guinness and some superglue couldn't fix. Warning: Only use superglue when sober!

After the round, we drove to the tourist town of Kinsale, had a pint at The Spaniard, and found our way to the Perryville House, an old creaking mansion built in 1815 by Captain Perryville, who gathered ideas for the design of the house from his worldwide travels. 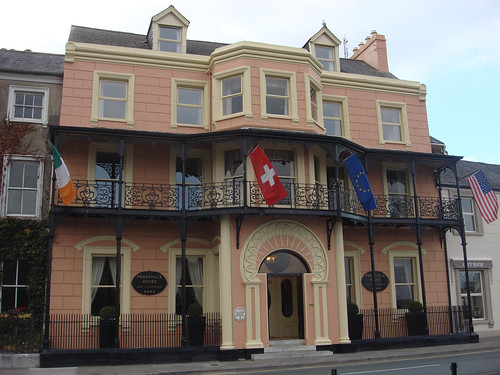 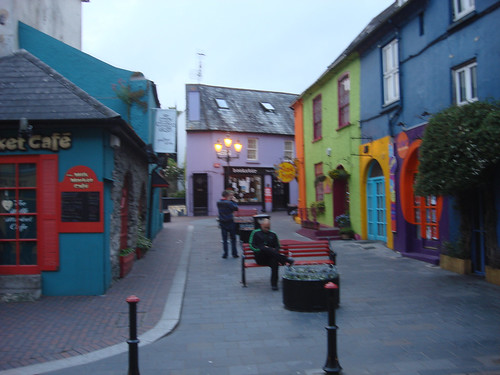 That night we went out into the brightly colored streets of Kinsale to find some live music. 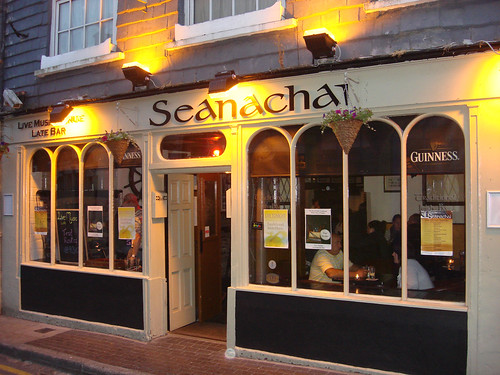 We finally found some at Seanachai. 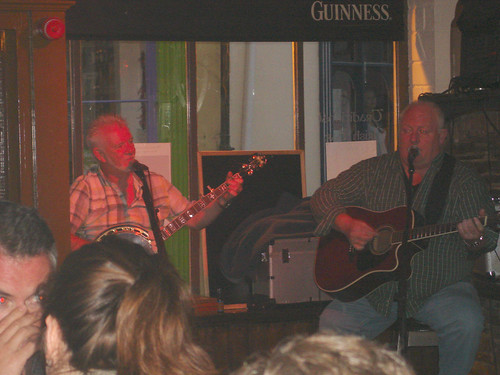 They were quite good. They took requests, at which point someone said Oh Danny Boy. They rolled their eyes and did a lovely rendition interweaving verses of Bridge Over Troubled Water.

Like all of our nights in Ireland, I was disappointed to have to leave the pubs so early because of our early morning tee times.