On Tuesday morning, June 14, we got up fairly early and packed the van. This was the first time we had all of our belongings and the four of us in the van. The truth is, it wasn't really a van; it was an Opel Zafira, what the Europeans call a "seven seater people carrier". With four suitcases and four sets of golf clubs and a couple backpacks, it was pretty tight. After breakfast we headed for Tralee, a 45 minute drive. 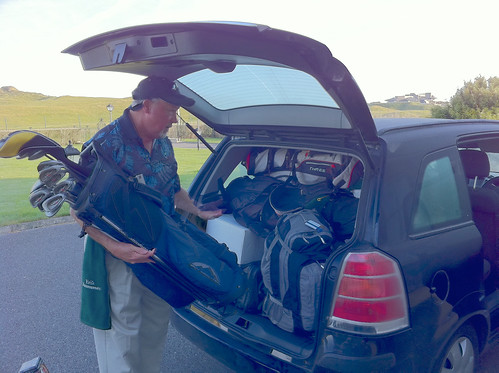 Jeff was our official van loader since he once had a summer job delivering furniture. 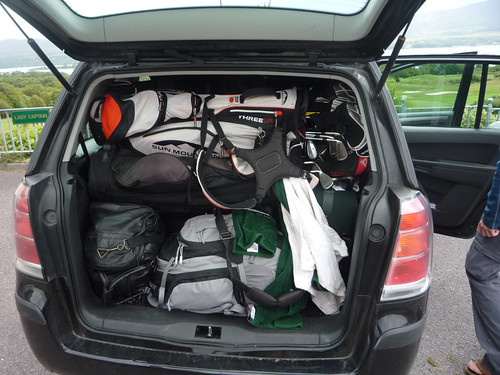 Two days later, we had it perfected!

Tralee Golf Club is a beautiful course set on the beach near Tralee, Ireland. Designed by none other than Arnold Palmer, its exhilarating views made it hard to concentrate on the golf with so much to look at. The back nine is truly spectacular. Arnie himself said, "I designed the front nine, but the back was carved by God."

For the first time, three of the four of us broke 100, with scores of 94, 95 and 97 from myself, Jeff and Paul respectively. It was great course, but I think we all liked Ballybunion Old better. 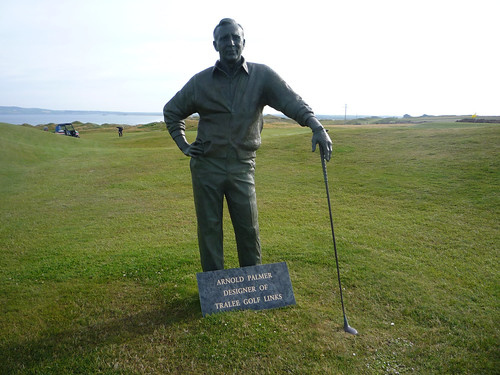 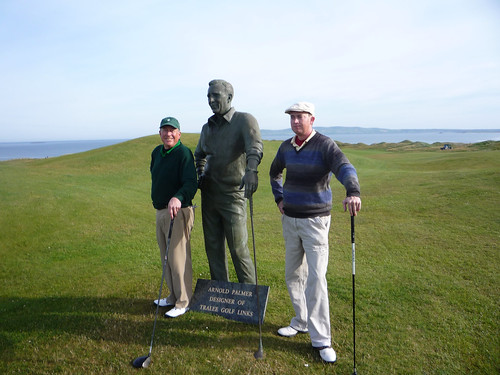 It's a good pose. 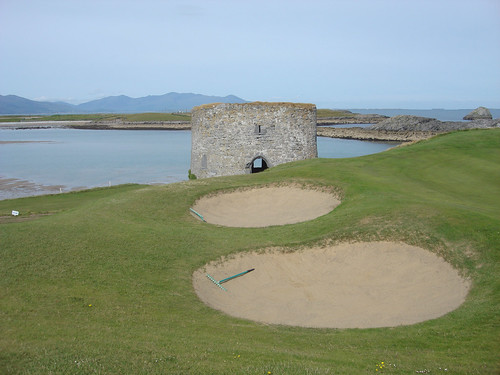 This tower by the third green dates back to the 1190's. 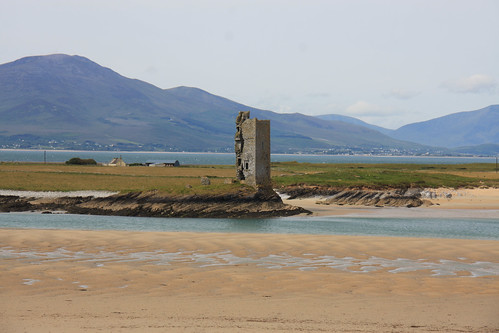 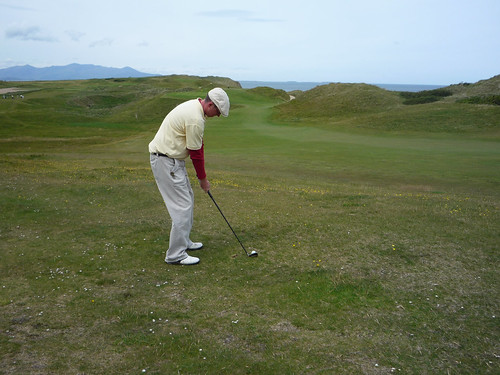 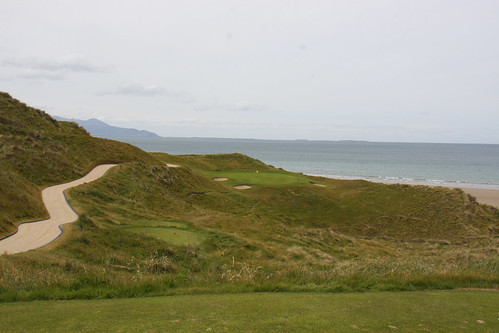 You have to be pretty accurate in links golf.

The beach scenes were lovely. 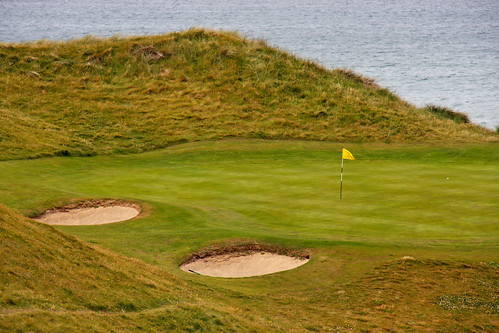 What a gorgeous course! I'd go back in a second.