This past weekend, my wife and I were in the living room watching our two year old daughter, Nora, play with her toys. Suddenly, Nora stood up and walked out of the room. She came back with my iPhone that she had fetched from my office. She handed me the phone. "Nora pictures! On TV," she demanded with a gesture towards the television. I had been wanting to try out the recently added feature of being able to send photos from my phone to the television via AirPlay, so I navigated to the Photos app, went to the "Faces" section, scrolled down to Nora, and hit slideshow. Then I chose "Apple TV" from the AirPlay menu, and immediately her photos appeared on the television with a Ken Burns effect.

Nora grinned for a bit, and then walked up to the television. It was the first time I've ever seen her try to touch our new wall-mounted flatscreen television. She put her fingers on the screen and smeared them to the right. Frustrated, she ignored my parental "Don't touch the television" warning and tried again. It was then that my wife realized what she was doing. She was trying to swipe the photo away like she knows how to do on the iPhone!

Her generation is the first that will be really confused when one cannot interact with objects on a screen by touching them, but luckily she probably won't be interacting with this antiquated non-tactile technology for long. 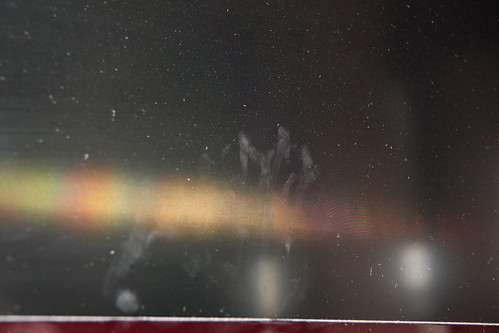