On Monday, October 10, 2005, we got up early and drove to St. Andrews to play the most famous golf course in the world: The Old Course. 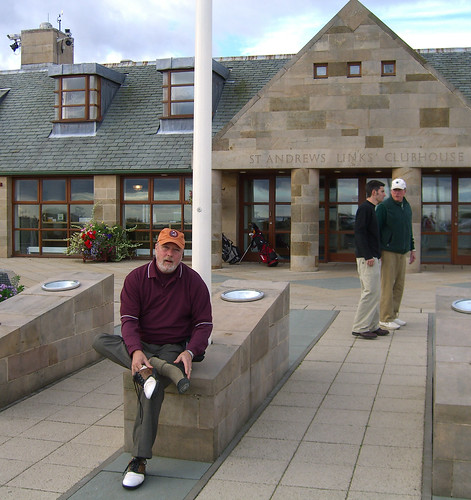 Jeff's feet hurt already! This is not a good sign for his one-stroke lead. 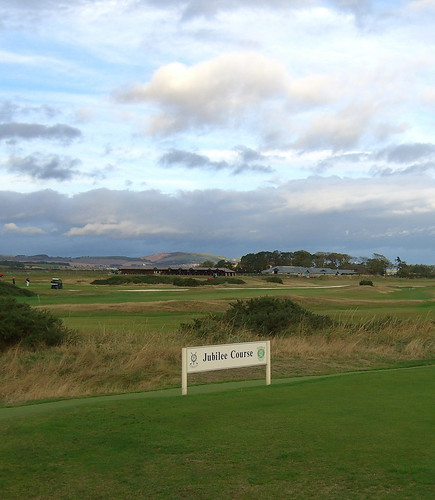 From the St. Andrews Links Clubhouse, we can see the first tee of the Jubilee Course, scheduled for Wednesday. 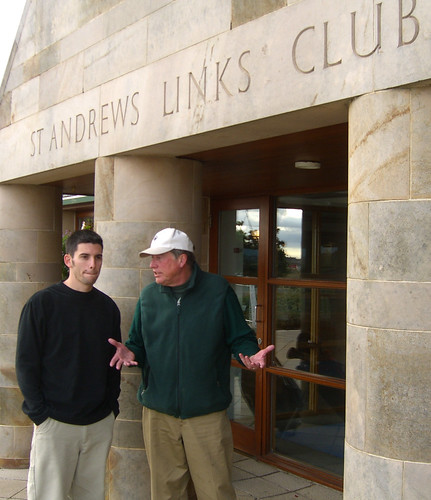 Wisdom spews forth from The Committee's mouth like bran flakes on the side of a curvy road. 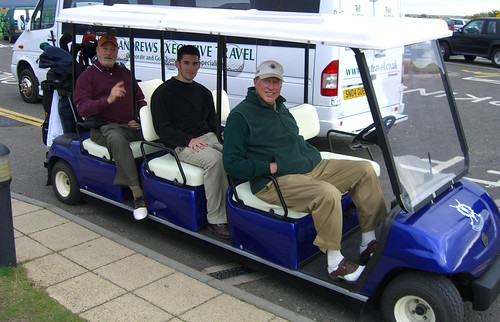 We all hop into the golf limo to be taken to the first tee.

Riding to the first tee of the Old Course. 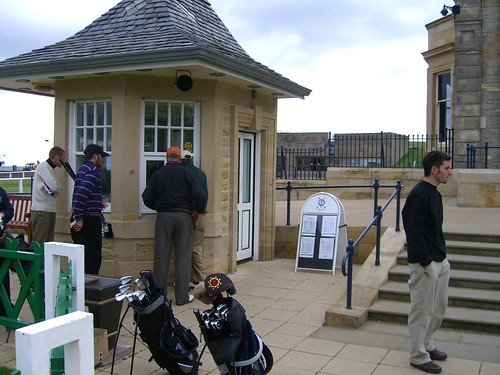 We thought it would be a good idea to record a short statement from each of us about the importance of what we were about to do. Unfortunately, it was more than a little windy, so you can't really hear anything. Oops! 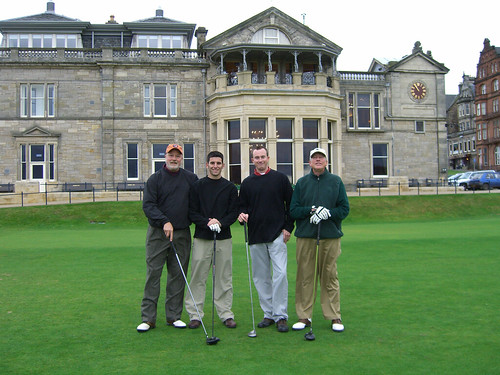 This is not the first time this caddy has taken this picture. 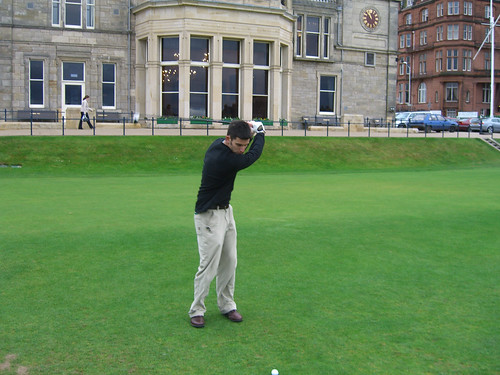 Jacob takes some practice swings in front of the most famous building in golf, the Royal and Ancient Golf Club. 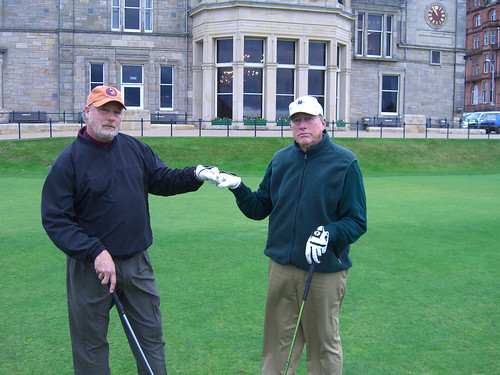 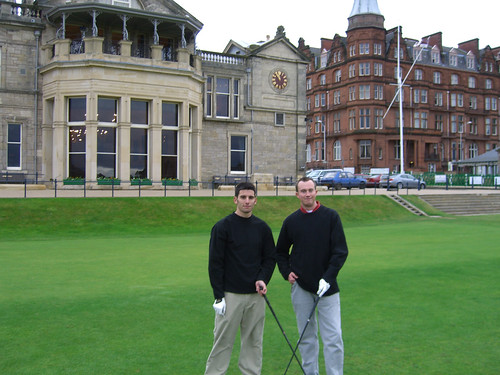 The Young Toms: raw power, almost no practice, strength to carry their own bags, and matching outfits.

Jeff tees off next.

Erik's drive on the first hole, taken by someone who didn't know how to stop the video recording. 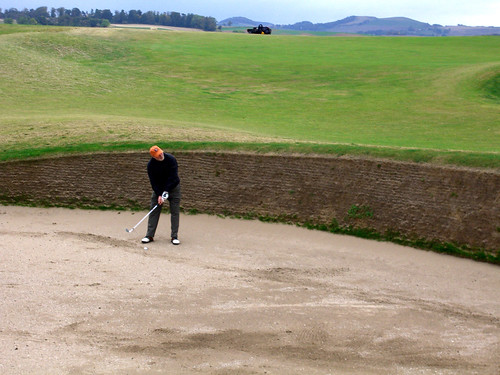 Jeff enjoys all parts of the course. 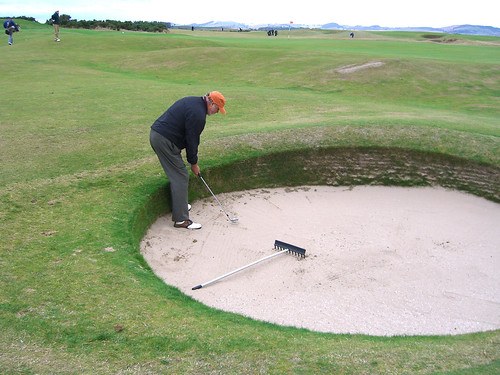 Jeff's caddy, John White, told him that Tiger got a bogey when he went in this bunker. Jeff did too! We all suspected that Jeff was as good as (or better than!) Tiger, but now we have the proof. 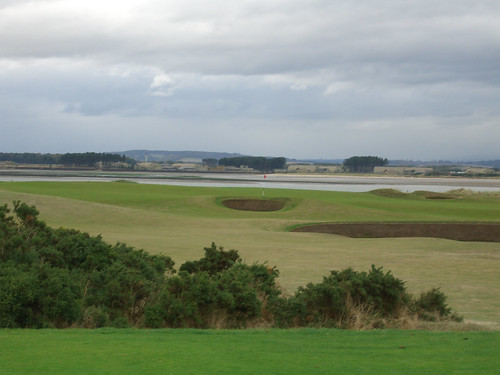 A tough pin position on this par three. 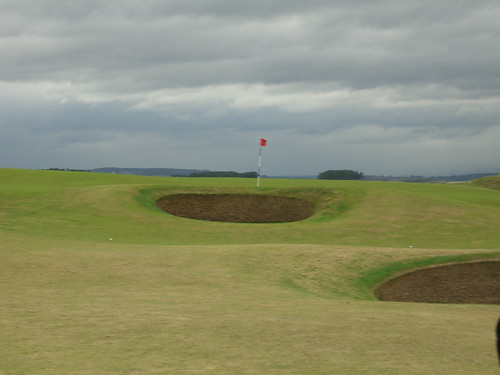 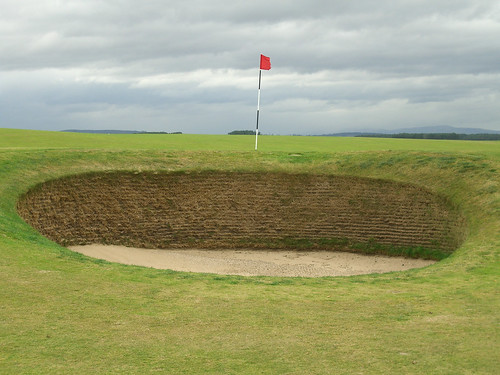 Even closer! If only the holes were this big!

Jacob has a really long putt into the wind.

Paul gets out of a bunker like a pro.

Jacob almost hits the camera trying to get out of a bunker.

Both Jeff and Jacob wanted to experience in the infamous Hell Bunker.

Jacob hits the wall twice on his way out of Hell Bunker with one shot! "She's out. You nearly went to where Jack [Nicklaus] was!" 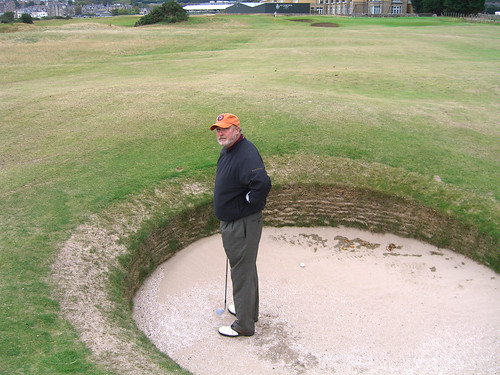 Out in one shot again. If you can drag the cursor from right to left to watch this video in reverse, it's worth it.

Jacob powers a drive over the Old Course Hotel. 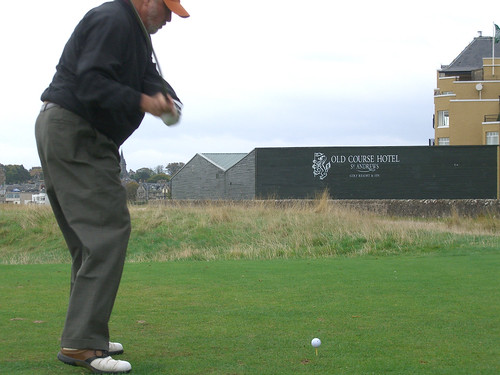 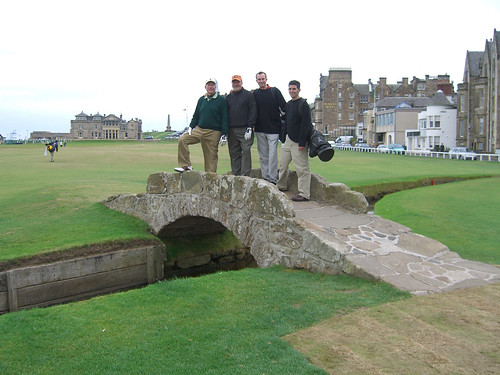 Crossing over the Swilken Burn and into golfing history. 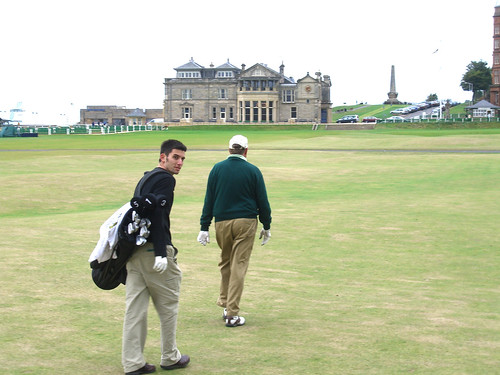 Jacob and Paul walk up the eighteenth fairway. 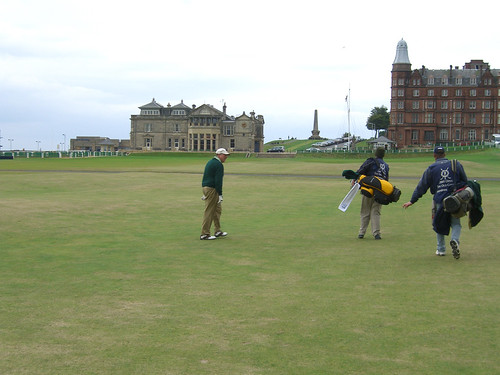 Paul asks his caddy, "Do I really have to hit it off the road!?"