On Sunday, October 9, 2005, the Kingdom of Fife Championship was officially begun. In an unbelievable display of daring, defiance, and bravery, Jacob proposed a (gasp!) change to the itinerary which involved playing a course at Carnoustie instead of playing the Anstruther Golf Club again. After much discussion, several whiskies, and minimal name-calling, it was decided to drive to Carnoustie, without directions, and try to play golf there, without a tee-time! After asking directions in several places (in some places twice), and a little bit of vomiting from The Committee, we finally arrived to Carnoustie Golf Links. Even with Jacob's charming good looks, we couldn't get a tee time on the championship course, but they did let us be the first non-members off on its lesser sibling, Buddon Links. Unfortunately, I forgot to take any pictures while playing, but it was a very nice course. After the first day, Jeff was leading by one stroke.

On the way back, we stopped at St. Andrews to introduce ourselves into the history that is The Old Course. Since the Old Course is a public park on Sundays, we could walk around and snap the mandatory pictures at our leisure. 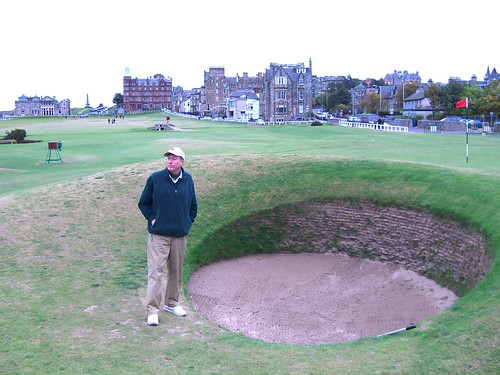 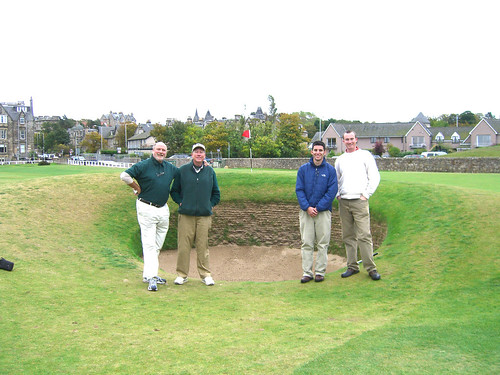 A nice gentleman from Wisconsin offered to take a group picture with the Road Hole Bunker. 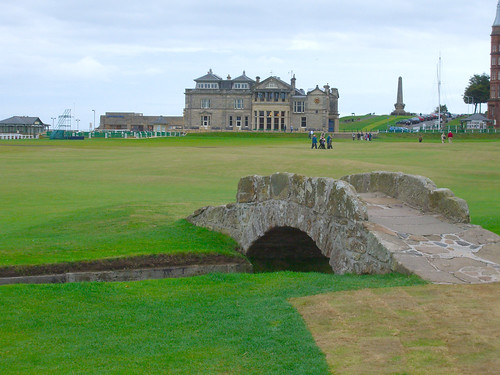 The obligatory shot of the Swilken Burn Bridge. 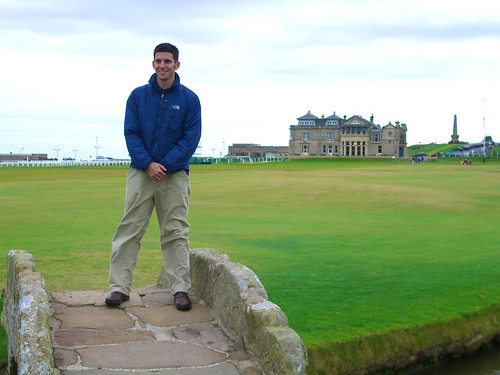 Jacob poses on a bridge that all of the world's best golfers have crossed. 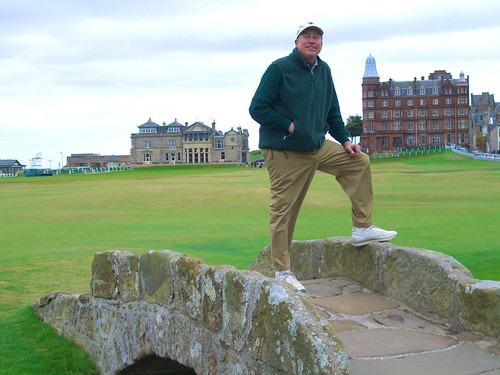 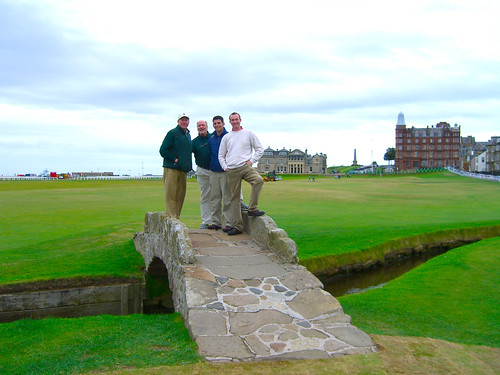 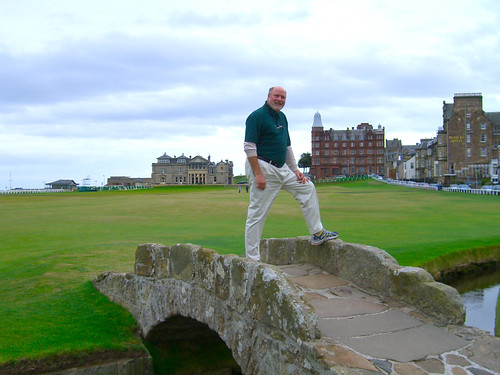 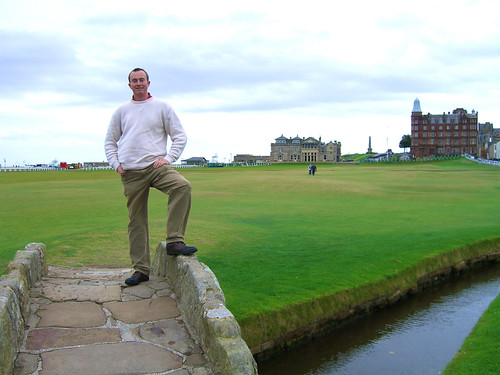 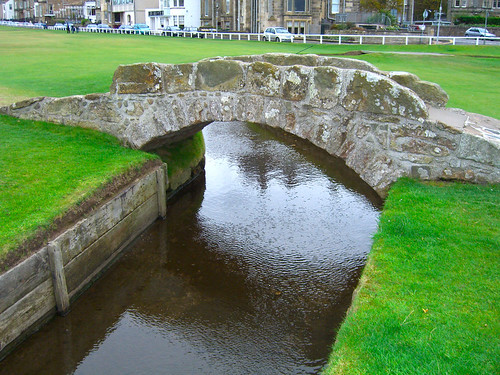 That night, back at the hoose, who comes in the front door for happy hour, but Tom Van Ordstrand and his buddy Marty! After happy hour, we walked down to the local "chippy" for some fish-n-chips. This particular chippy, The Anstruther Fish Bar is the winner of the "Best Fish-n-Chips in Scotland" award, and recently sold for a cool one million pounds. I have to agree, for fish-n-chips, it was excellent! 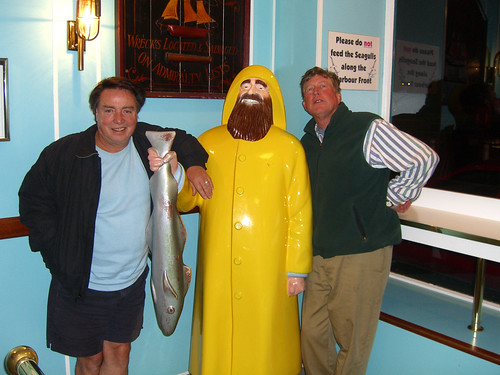 Tom and Paul pose with the Captain. 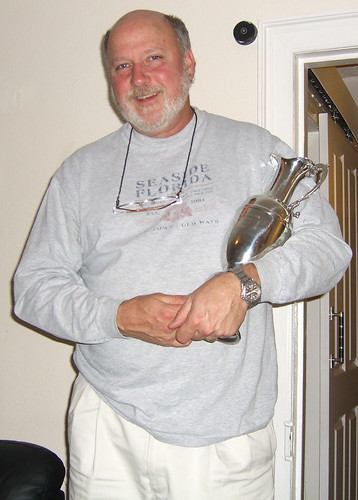 Back in the hoose, Jeff, with his one-stroke lead (with 90 holes still to play), practices his champion poses with the Claret Jug. 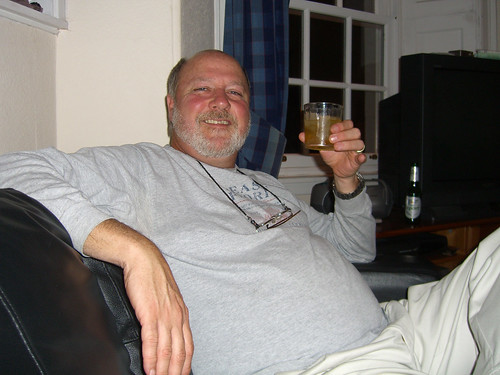 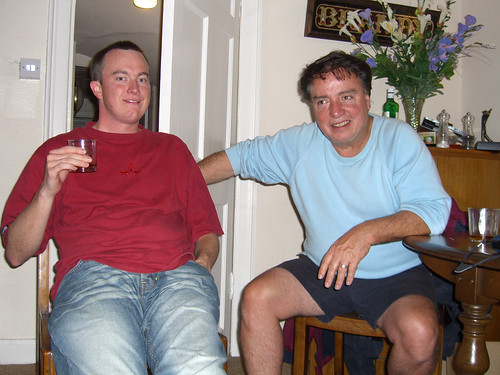 Tom and Jeff tell some jokes. 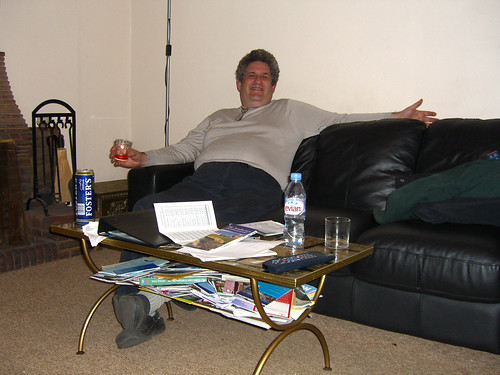 Marty tells a few too. 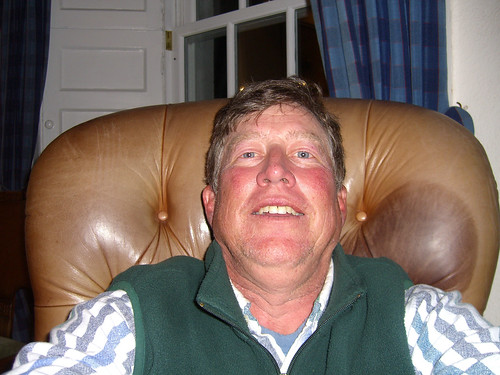 I know from experience that when auto-photography starts to seem like a good idea, it's time to stop drinking. 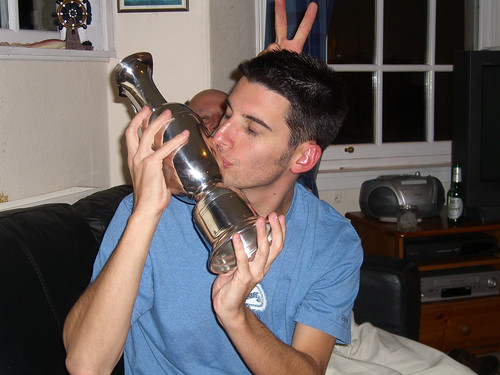 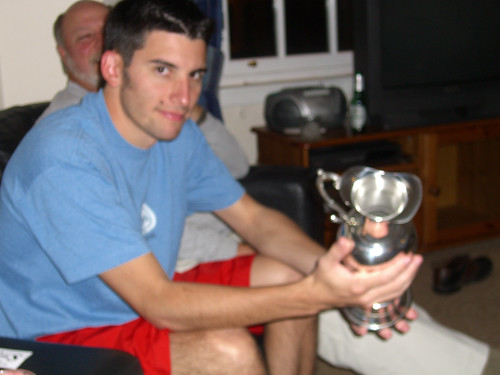 Jacob waits for a genie to appear. 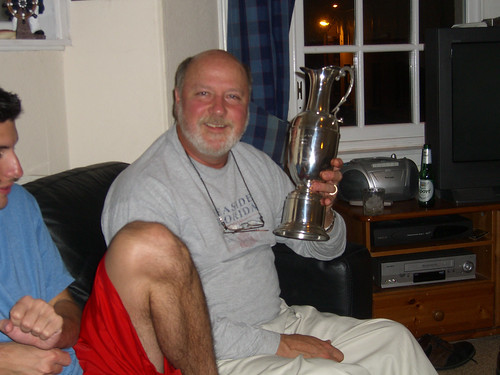 Jeff wants to hold it again.