As much as I've been trying to avoid it, I've been unable to avoid seeing pictures of these two British faces around the news. There was something about this one photograph that struck me as being perfect for a Photoshop trick I've been wanting to try, called face switching. Sure, enough, their faces were angled just right such that it was really quite a trivial operation for someone with a rudimentary understanding of layer masks. If the royal wedding coverage gets too annoying, just imagine it's this lovely couple instead. 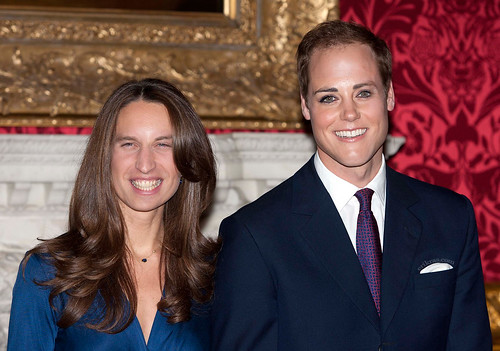 I had to double check that I hadn't pasted one jawbone over another because they look so identical, but I hadn't. The shape of the jawbone on each belongs to the body.