Nora Riding An Elephant On The Moon

Late last year, a blogrollmate of mine, Jagosaurus, turned me on to a project by an acquaintance of hers, Dustin Timbrook, an artist, musician, and all around creative guy. As a challenge to himself, he announced that he would attempt to do one drawing each day, of absolutely anything that was requested of him. Jagosaurus submitted this request:

I'd like to see something involving any of the following: hippo, cuttlefish, penguin, octopus, praying mantis. They don't have to be playing poker and smoking cigars. Really they don't. I mean, that would just be silly.

You've got to admit he pretty much nailed it.

After following his project on Facebook for a month or two, I decided I'd request a drawing. As I recall, the price at the time was $20 for a black-and-white drawing, or $40 for a color drawing. I sent the payment via PayPal and emailed him the request. It took him almost three months to get to me, but he finally drew my drawing. He will be stopping his Drawing A Day project soon because he has been unable to live up to the challenge in its title, but I'm very glad I got my request in while he was still going.

Please draw my daughter, Nora, riding an elephant, one of a herd, on the moon.

My request was right around the time I did this artwork myself. It wasn't easy to find a photograph of Nora to send him since I hardly have any, but I sent him a link to my my Nora Flickr photostream. It looks as though he combined the hair and dress in this photo with the sunglasses in this photo to produce his masterpiece. 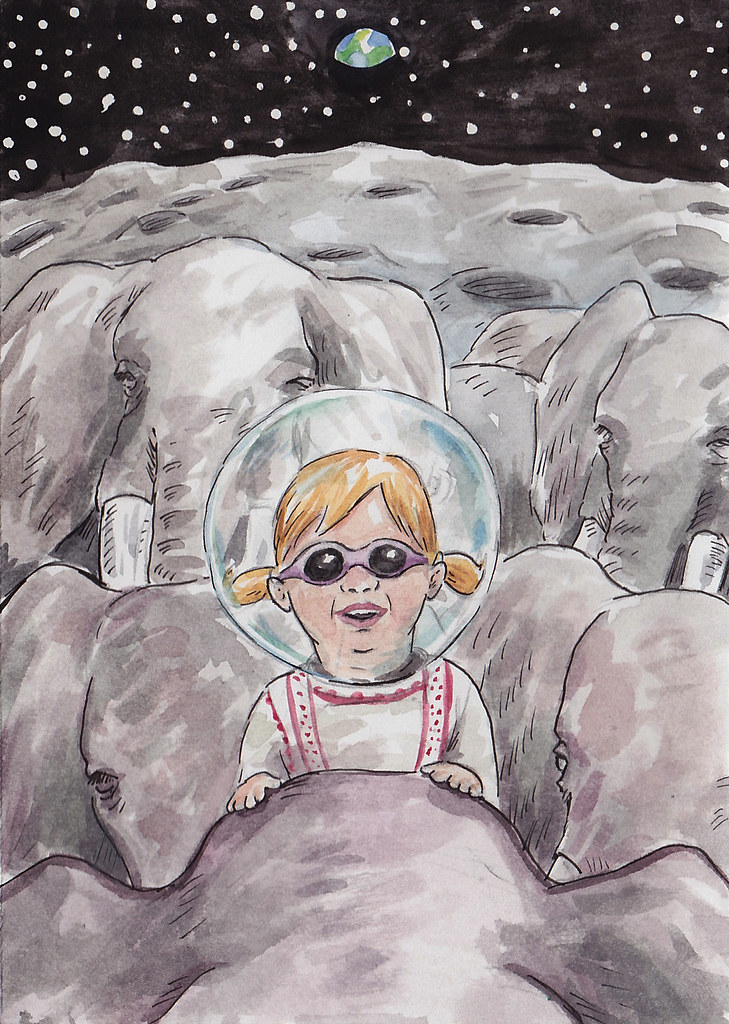 I absolutely love it! Bravo, Dustin. Thank you very much!