Three months ago, when I went on a ferry ride under the Golden Gate Bridge, my shutter finger got a little too excited and I ended up snapping several dozen photographs of the bridge. Part of the reason was that we were lucky enough to take the ferry on a clear afternoon, right at golden hour. Golden hour is a term in photography and cinematography referring to the first and last hour of sunlight every day, in which the sunlight, after passing through a larger portion of the Earth's atmosphere than normal, takes on a golden hue, which makes the world seem warmer and generally more photogenic. I meant to post these photos immediately after blogging about the trip, but the intense series of four posts about our trip wore me out almost as much as the walk from Fisherman's Wharf to the Golden Gate Bridge did. Here are just a few of the photos I took on that ferry ride.

Heading towards the bridge. 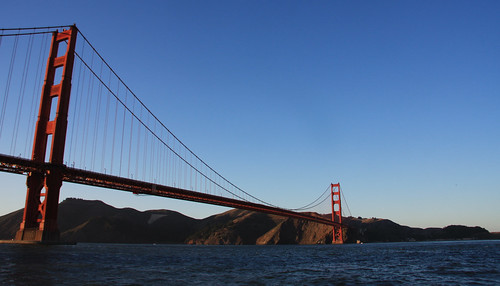 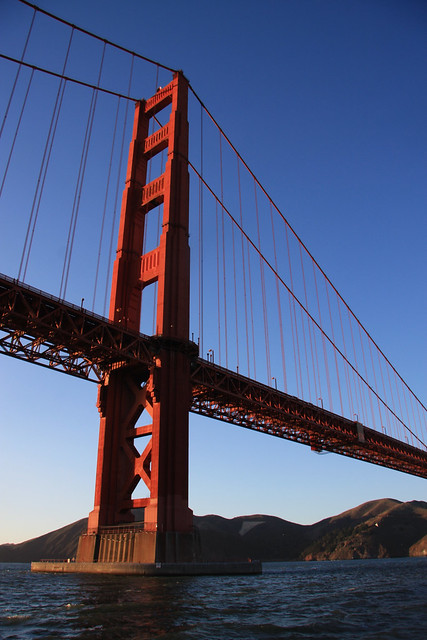 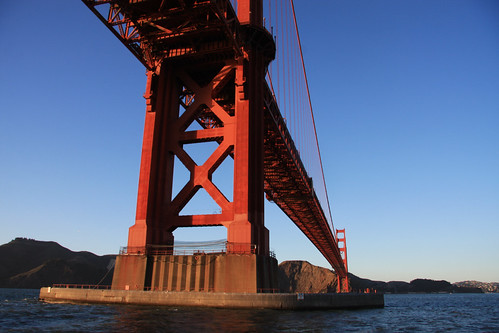 Passing under the bridge. 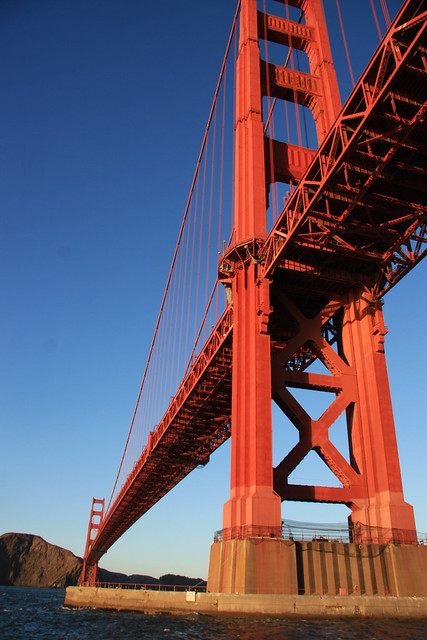 This side is lit better. 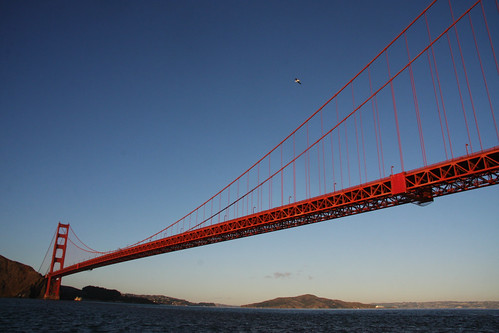 I never realized just how long the bridge was until I saw it in person. 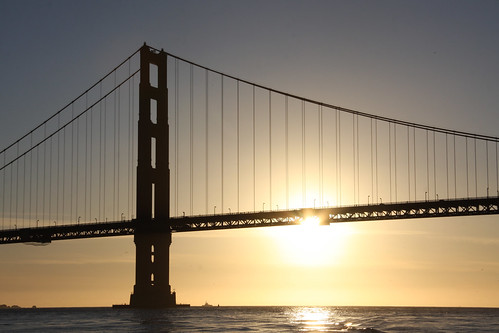 Back on the eastern side, with the sun shining through the struts. 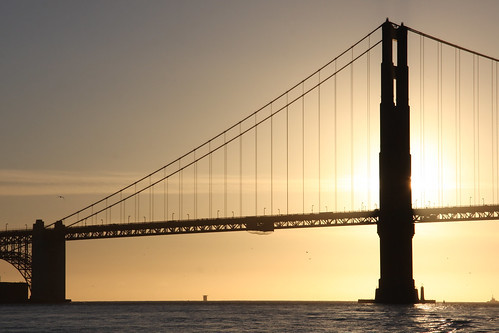 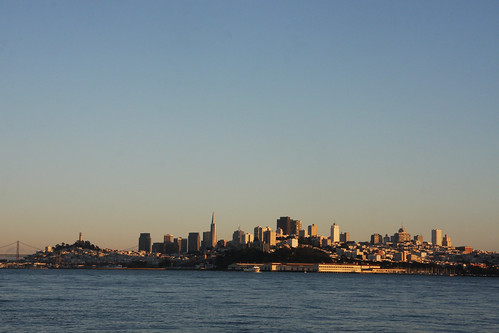 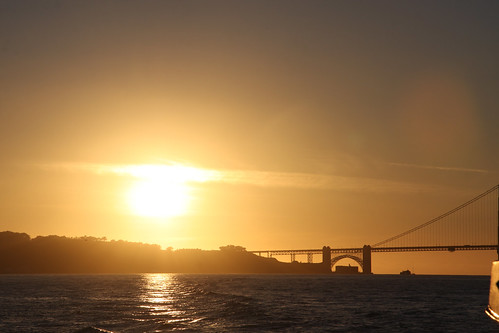 The sun is setting.

Sunset over the San Francisco Bay.