5 Things I Didn't Know About Evolution

I recently read The Greatest Show On Earth, by Richard Dawkins, which details the evidence we have for Darwinian Evolution. Dawkins' ability to elegantly simplify complex scientific concepts remains as powerful as ever. The reader need not remember or have yet taken high school physics to understand radioactive carbon dating and other fundamentals of how we know Evolution is true. Much of it I already knew, either from school, reading science blogs, listening to science podcasts, or from books. But there were a few bits that were new to me, or exceedingly interesting, so I thought I'd share them. 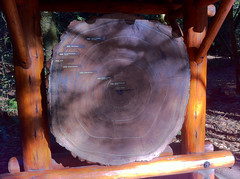 Every school kid knows that you can count the rings on a tree trunk to know how old the tree is (or was when it was cut down), but what is left out of the school lesson is that every growth ring is unique, and that they are proportionally identical for all the trees in a certain geographical region. When one tree has a really strong growth year, they all do, and when the resources are tight another year, all the trees grow a little bit less. This is pretty obvious, but then comes the genius bit... To use Dawkins' example, what if you want to know the exact year the timbers in your Tudor House (built in the Tudor Period from 1485 to 1603) were cut down? Impossible, right? Wrong.

Of course dendrochronology is mostly used for archaeology rather than paleontology, but it helps demonstrate just how clever scientists can be when it comes to properly dating objects from the distant past. Dawkins mainly included it in his book to show how using only trees and methods a six-year-old could understand, scientists can blow Young Earth Creationism out of the water. 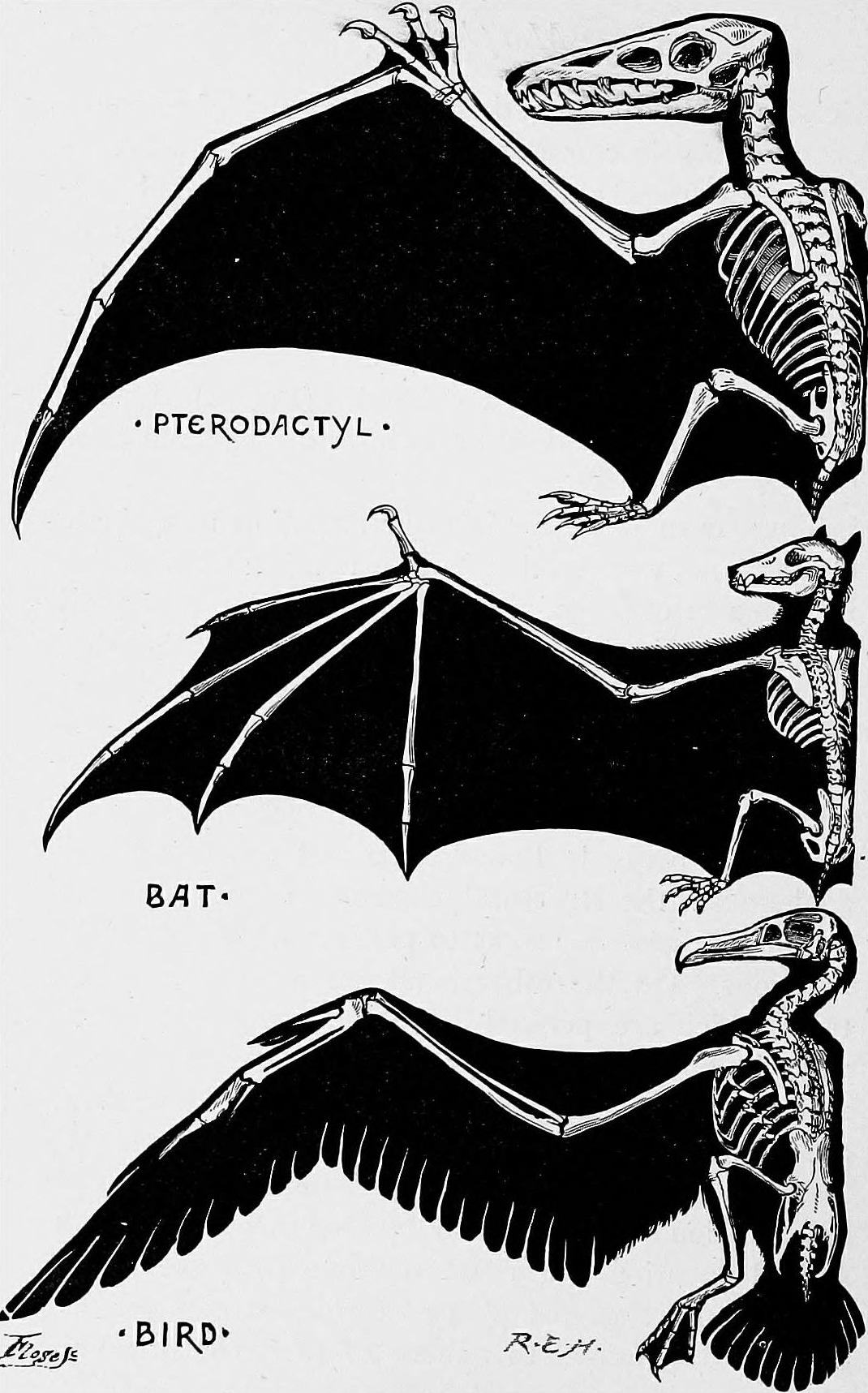 What he's talking about his homology, how skeletal structures can be identical across related species, despite the size of each bone being different. I was unaware that every bone in the human skeleton has an exactly correlating bone in the skeletons of mice, elephants, whales and bats. The image I've included here is a wonderful example showing how the wings of pterosaurs, bats and birds differ. When flying, the pterosaurs supported their entire weight on the equivalent of their pinky finger, the bat supports its weight on its four fingers, and the bird uses its entire arm. The important point being that they are all the same bones, just sized differently due to their repurposing.

Okay, I confess to having heard of this before, but I'm including it because it's so ridiculously interesting. There's this nerve, you see, that goes from the brain to the larynx, the "voice box" organ used by mammals to make noise and swallow. Rather than travel directly from the brain to the throat, as any engineer designer with any intelligence would have it do, it meanders all the way down into the chest, loops around an artery leaving the heart, and heads back up to the throat. Of course there are hundreds of "no competent engineer would design it this way!" bits across the spectrum of anatomy (of particular note, because if its fame as a Creationist talking point, is the optical botchery that is human eye), but the laryngeal nerve is probably the most glaringly obvious, especially in the animals with the longest necks: giraffes.

Dawkins was lucky enough to attend a dissection of a giraffe neck to study this nerve.

He also ventures humorously into chin-stroking armchair conjecture land with:

Quite apart from the waste of resources involved in making such a long nerve, I can't help wondering whether giraffe vocalizations are subject to a delay, like a foreign correspondent talking over a satellite link. One authority has said, "Despite possession of a well developed larynx and gregarious nature, the giraffe is able to utter only low moans or bleats." A giraffe with a stutter is an endearing thought, but I won't pursue it.

Another concept that was only vaguely familiar to me is that of evolutionary arms races, which refers to two species, typically predator and prey, evolving strategies and abilities in unison. I love the aptness of the term "arms race" in this sense. The example used in the book is that of cheetahs and gazelles. Both are fast, but what the cheetah has in raw acceleration (0 - 60 mph in three seconds!), the gazelles make up for in endurance. As subsequent generations of cats got faster, the ungulates did too. But, as Dawkins points out, each gain in speed and agility is met with costs, like real arms races, because energy spent on making legs longer and muscles stronger are not spent on the genes' primary goal of reproduction. His point is just how futile it all is (the section of the book is titled "Running to stay in the same place") and how ridiculous it would be for an omnipotent designer to make Nature like this.

The concept of four memories that help us survive is very elegant. It goes like this:

Okay, so that may not have been about specifically about evolution, but it was an idea new to me that was presented in the book.