Today I was invited to participate in an annual event in the Cantabrian mountains, a private donkey eating feast. As I understand it, because their numbers are dwindling, eating donkey is "officially prohibited" in Spain, but apparently it is not very well enforced, and even policemen have taken part in the event in past years. The donkey, I was told, was between one and two years old and was slaughtered humanely a week before the event and the meat was frozen to soften the strong flavors.

The event began as a get together for a local bowling club (a special local style of bowling, not ten-pin), but as the years went by various members stopped going and their numbers waned, so they started inviting friends of the original members. After ten years or so, the original bowling club members make up only a tiny fraction of the attendees. Today there were 34 of us. It was only men, for unspoken reasons. I was invited by my friend, Andrés, and I subsequently invited my father-in-law. We left at noon from our house and drove into the mountains, stopping at three bars along the way. Initially I was under the impression that we would be in someone's house or cabin or something, but it turns out that the event was hosted at a restaurant called Casa Germán in the little valley town of Matienzo. 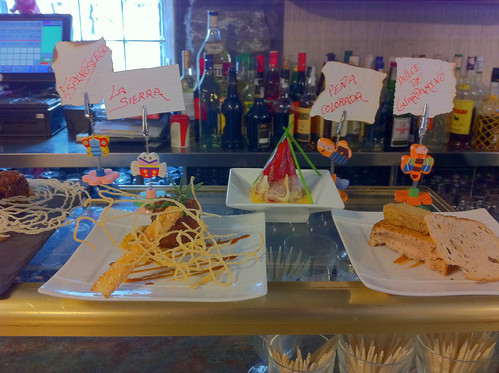 Some elaborate tapas at a bar we stopped at. We avoided any tapas despite our hunger to save space for the donkey later. 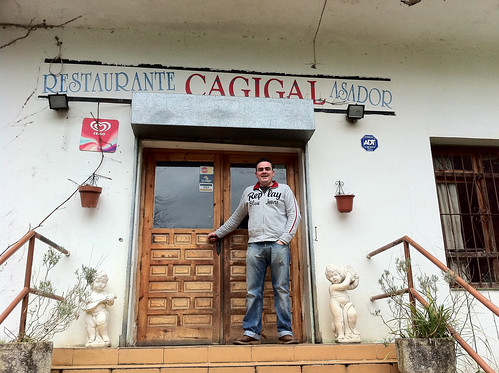 We stopped for another drink at Restaurante Cagigal, which was so rustic that the place was filled with smoke from the two fireplaces heating it. Cagigal is Andrés' second surname, and it's fairly rare around these parts, so I took his photo in front of the restaurant. 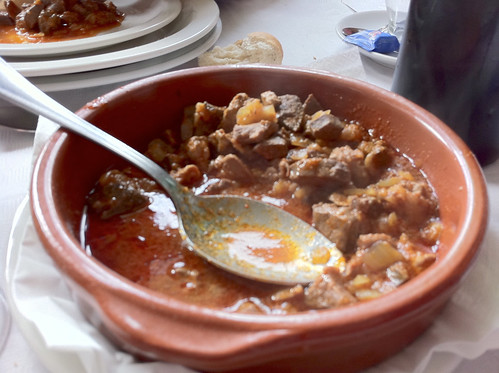 The first course was asadurilla, donkey offal, various parts of the intestines and other edible organs, served in a spicy sauce. Mmmm! 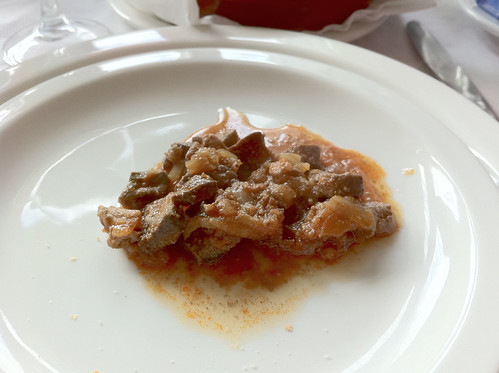 Donkey offal on my plate. I never get tired of saying "donkey offal". 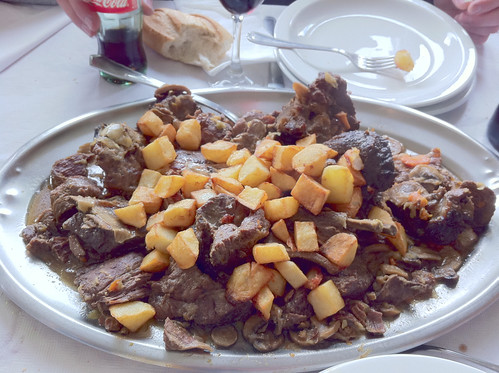 The second course was a donkey stew with peas, mushrooms and potatoes. There was a seemingly endless supply of this stuff, and they brought out several servings. 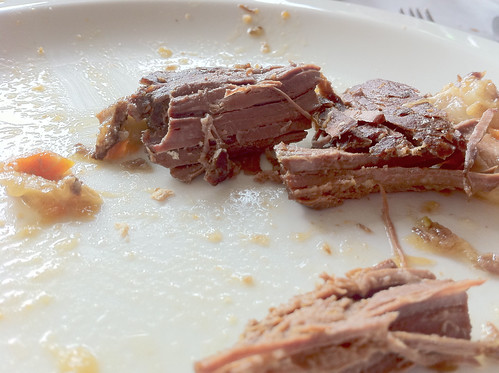 Some donkey stew meat on my plate. 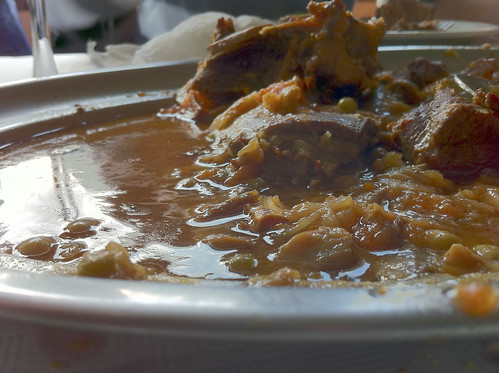 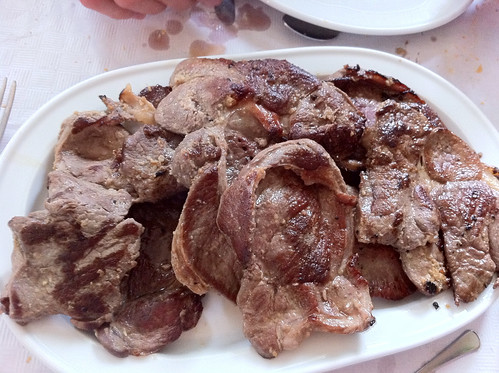 Then came the third course, which was donkey fillets, boneless steaks. 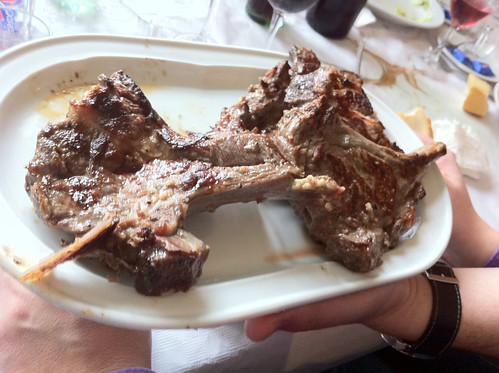 As well as chuletas, steaks with bone. These were the best part of the meal, melting in my mouth like butter... Mmmm...donkey butter... 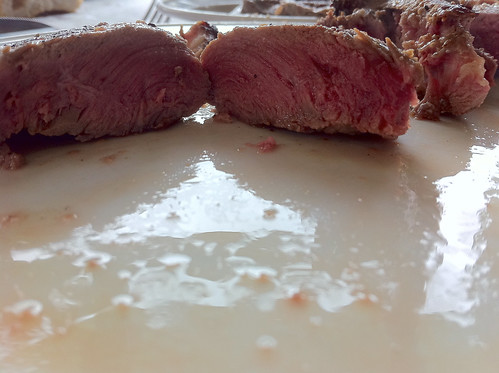 How to describe donkey meat? It was really quite similar to beef, but with a slightly stronger flavor. More gamey, perhaps, whatever that means. 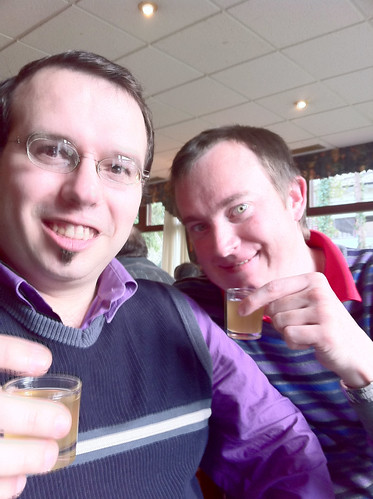 Then it was time for coffee and a honey liqueur. This is my new friend, Mariano.

After settling the bill, 25€ each (not bad for such a meat-laden banquette), we all went our separate ways. Andrés took us home. He had a long night of partying ahead of him, including tickets to the local premier league fíºtbol match. My father-in-law and I were seriously full and decided to walk two circuits around town, about six kilometers in total, at a brisk pace to "settle the donkey".

No need for supper tonight. Straight to bed. Hee-haw!!