Today Nora experienced a new first: pigtails! Nora's friend, Ana, at the local supermarket has been working more or less ever since Nora came home from the hospital towards gaining her confidence. A fortnight ago, she managed to put a hairpin in Nora's hair, and today she successfully gave Nora two pigtails, called coletas in Spanish. Ana is a mother of two and has nine nieces and nephews from her nine siblings; her experience with children is quite obvious. First Ana put one of the rubber bands in her own hair, demonstrating that it didn't hurt and looked fun, and then she did Nora's, being gentle and talking soothingly and distractingly the entire time. The first rubber band went in without incident, but the second one clearly hurt Nora, which Ana blamed on an imaginary fly that she shooed away.

The result was awfully darned cute. Unlike her hairpins, she made it all the way through lunch without removing the bands, and she fell asleep on the way to daycare. Imagine my surprise when she came home from daycare and still had the pigtails! And the hairpin!

Ana's daughter, as you may not be surprised to hear, started very young with hair bands and hairpins and pigtails, and is now very accustomed to them and enjoys wearing things in her hair. All signs point to Nora having my straight bodyless hair, so getting her used to accessorizing is probably a good plan.

And now the photos: 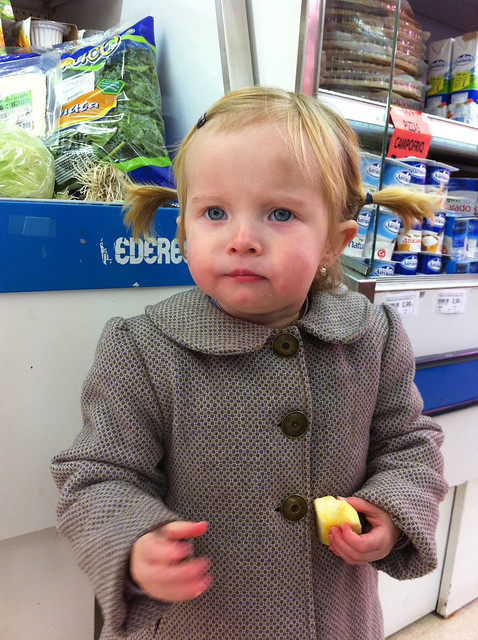 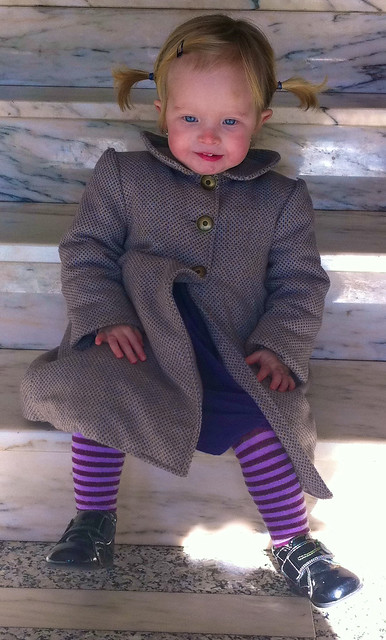 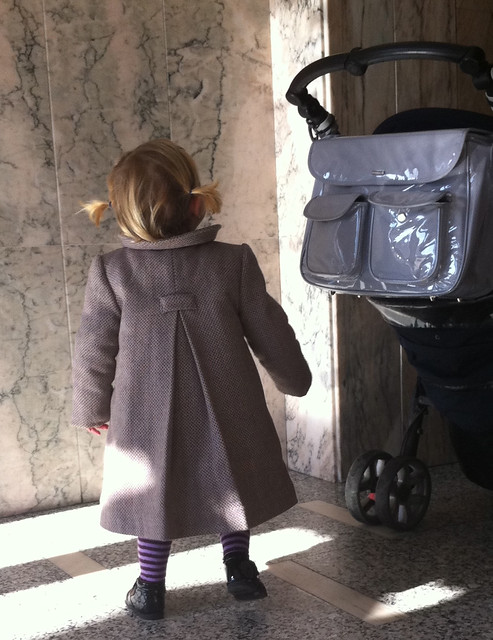