On Saturday, we went into Santander for some shopping. Top on the list were some boots for Marga. She found some that she really liked the week before, but when we got home, it turned out that the left boot and the right boot weren't exactly the same color. Doh! So I had to return them later that week. On Saturday she found a boot she really loved, but the store said that they only had the right boot and not the left. WTF? Pretty terrible luck, really.

After a quick stop for a beer, we headed to a children's clothing store we like. Upon arrival, we were greeted by some friends, Maite, Miguel, and Carla. Marga met Maite in an aerobics class a few years ago, and they both happened to get pregnant about the same time. Their daughter, Carla, was born three months after Nora. Recently, Marga and Nora have been getting together with Maite and Carla for coffee and playground activities a few times a week, and Nora's demeanor around both Carla and Maite is evidence of the time they've spent together. Nora likes them both very much. We stood and talked outside the shop for some time, and then the Mommies decided to go into the store and leave the Daddies and daughters outside to play. I took some photographs. Note that this Carla is not to be confused with Nora's other best friend, Carla. 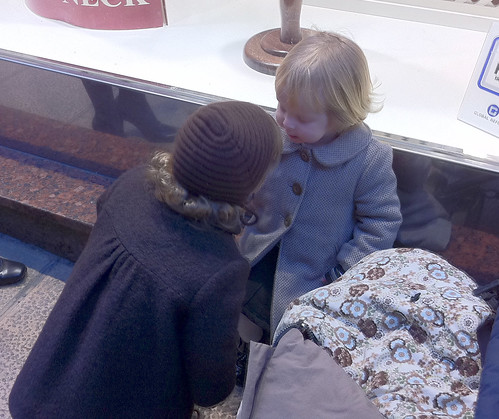 Like the other Carla, this one is very fond of kissing. 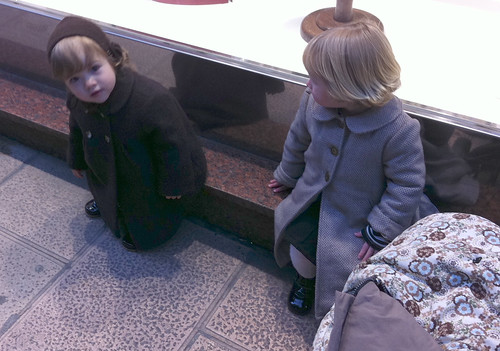 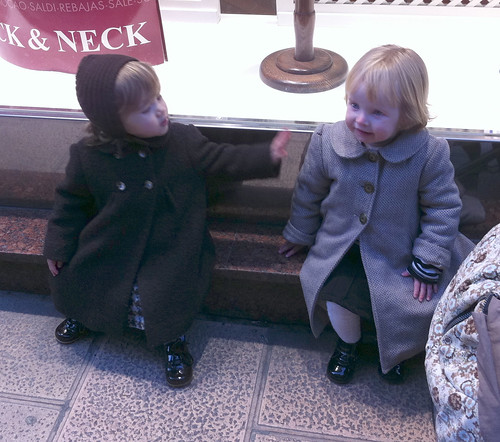 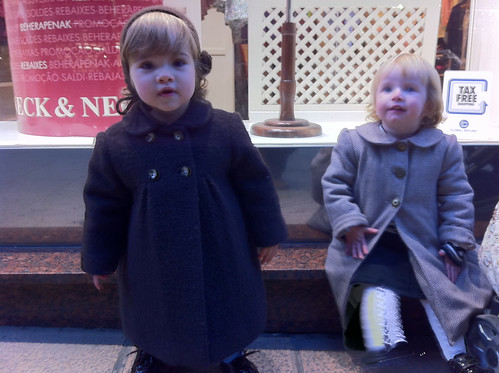 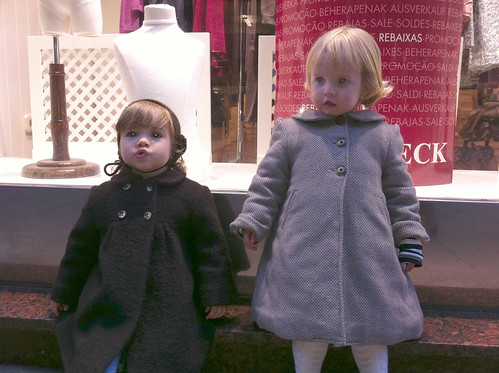 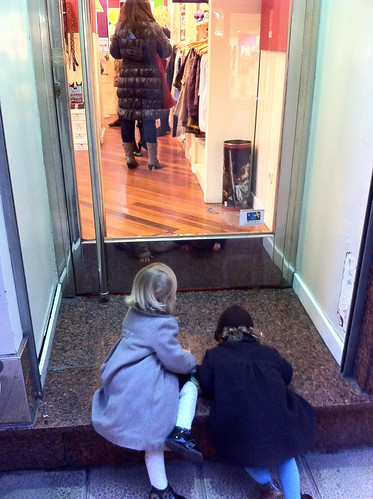 Eying the Mommies in the store.