Because I carry an apparently dominant motion sickness gene, it's really important to me that my brain be in visual range of the horizon out an airplane window. My wife, while she does not suffer from the same equilibrium problem, does suffer from being a terribly kind person, so I almost always get the window seat when traveling.

Often, the view out the window can be quite boring. I normally think, "There's an awful lot of farm land to feed all of us," and "There are way more trees than the environmentalists make us think there are." On my recent flight across the continent of North America, I very much enjoyed the views, which mostly turned out to be of California and Wyoming. Unfortunately my iPhone's GPS receiver didn't work inside the aircraft. While I was wishing that it did, I had an awesome idea for an augmented reality iPhone app (assuming an iPhone model with a GPS receiver and compass that worked in a plane were created) that would show political borders and the names of cities, mountains and lakes. Sort of like laying Google Earth on top of live video from the airplane. That would be awesome!!!

But since I didn't have that, I had to go back and look up places and landmarks in Google Earth manually after my trip was over, which was also quite a fun pattern matching game. 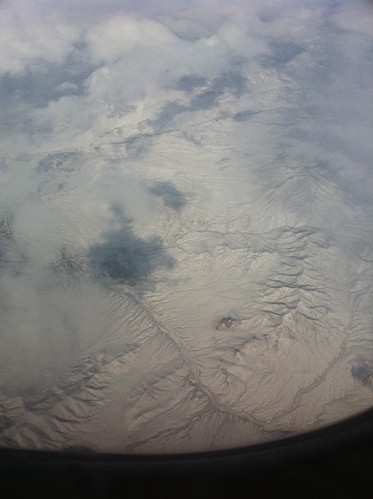 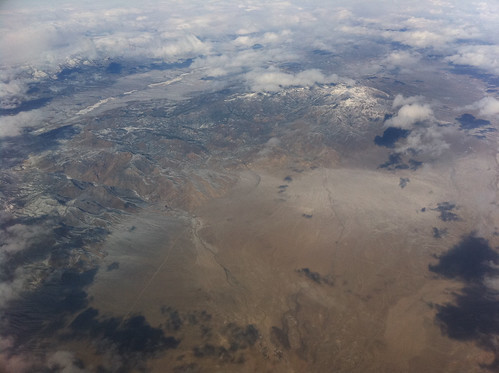 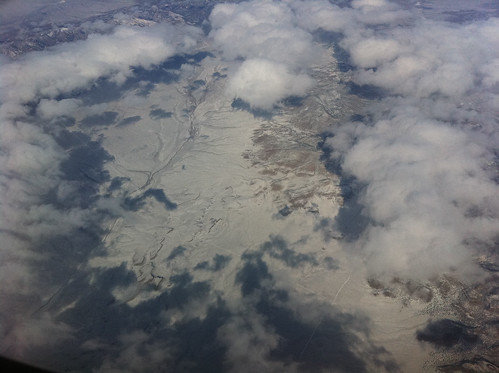 Sometimes it was hard to distinguish between bodies of water and cloud shadows. 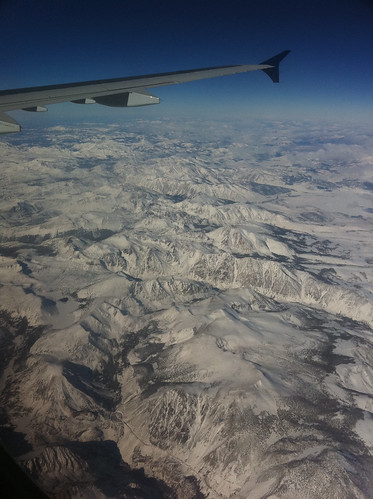 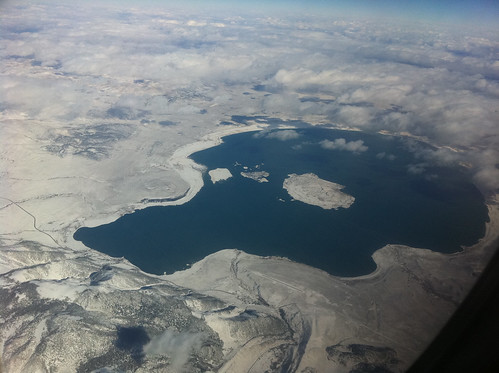 Mono Lake was by far the most impressive lake I saw. On the return flight, I was reading a news article about the new over-hyped discovery of a life form that can incorporate arsenic into its molecules if phosphorus is not available. It was a couple days later that I saw this Astronomy Picture of the Day that identified Mono Lake as the source of the life form. "That's the lake I photographed!" I shouted. 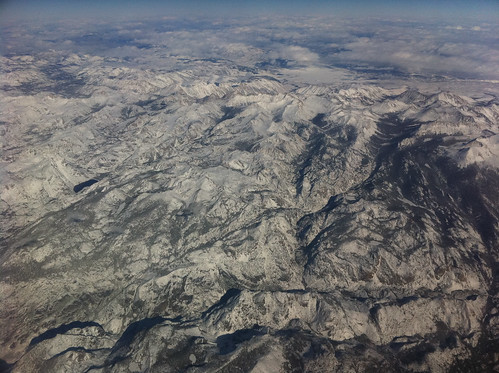 Some mountains in Yosemite National Park. 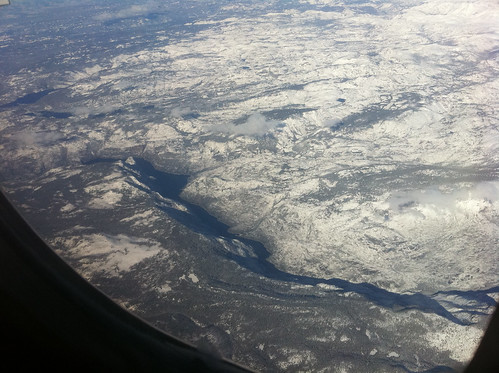 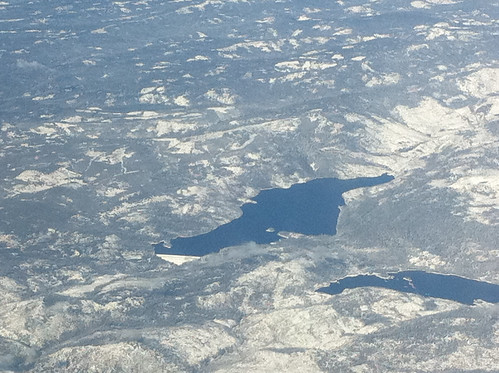 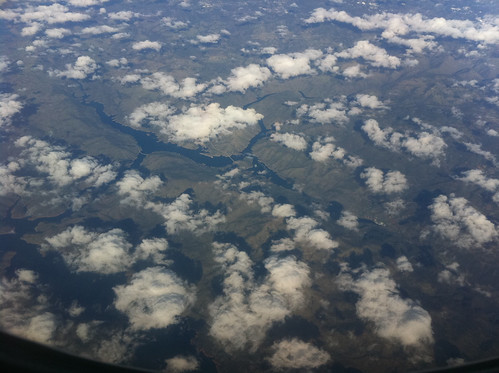 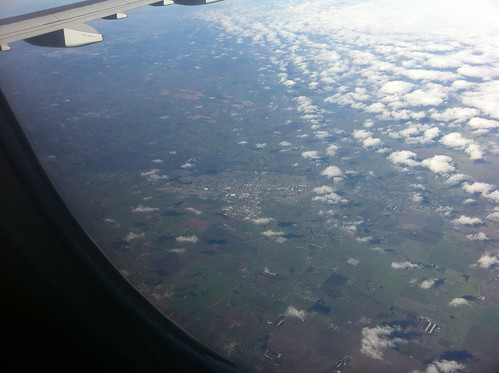 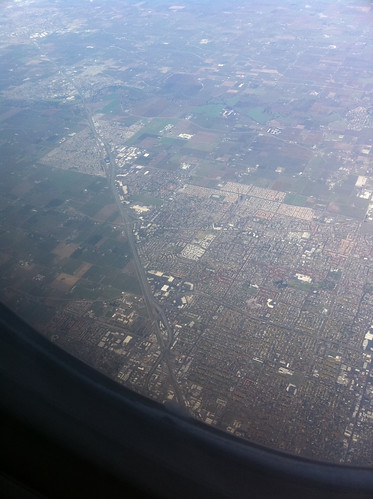 Modesto, California. It was the way that the town had grown in line with the agricultural grid pattern that made me take this photograph. 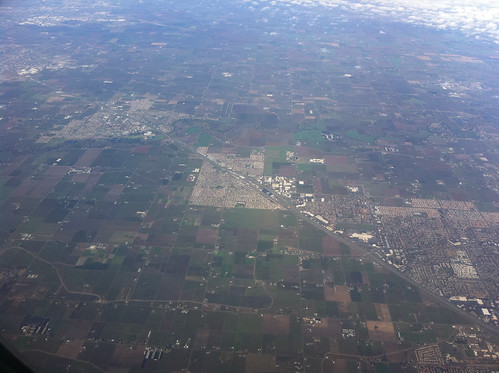 Salida, a suburb of Modesto. I hope they teach the Pythagorean theorem in school there. 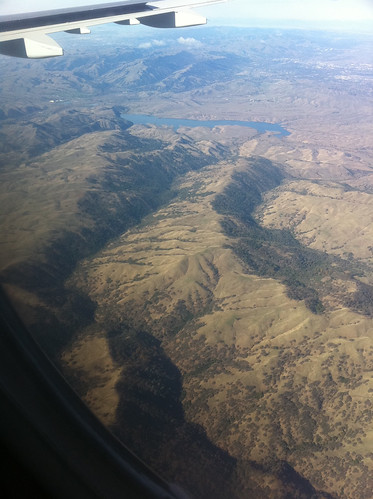 San Antonio Reservoir and the Ohlone Regional Wilderness. I was fascinated by how the trees only grew on one side (the leeward side?) of the mountains. 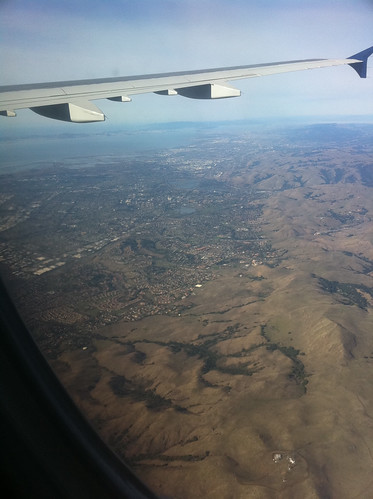 Fremont and the San Francisco Bay. 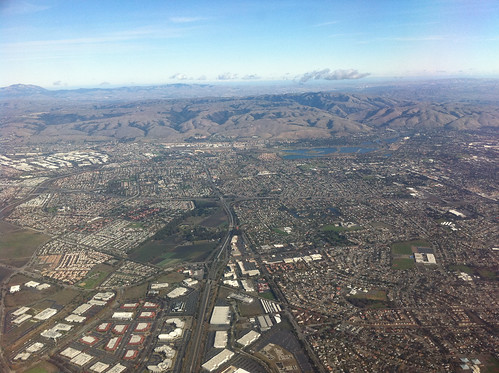 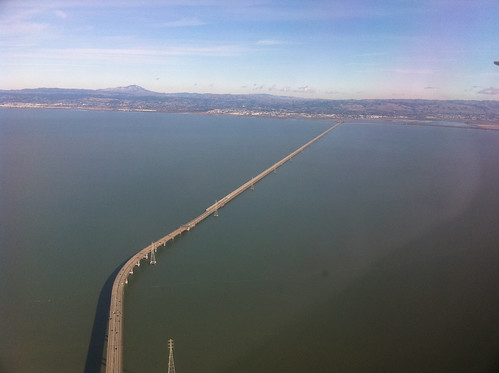 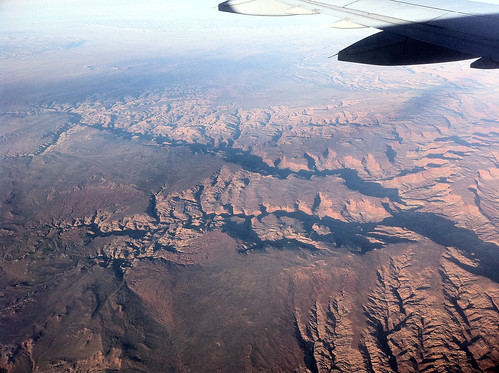 Seminoe Reservoir, Wyoming. When we made our way back east, the sun was setting and casting long shadows across the Earth's features. It was hard to tell which valleys had water and which were only shadows. 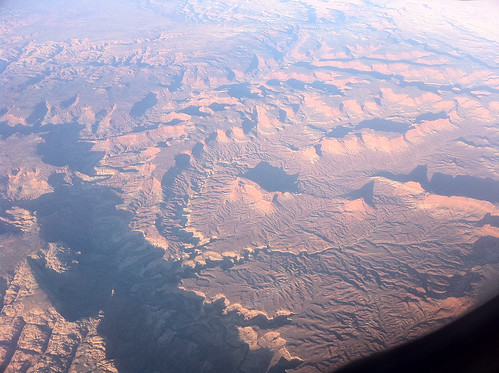 Wyoming Shadows. There's a topographical feature just east of the Seminoe Reservoir called Pine Butte with a river that looks like it matches up with what's in this photograph, but the topography doesn't look right to me. 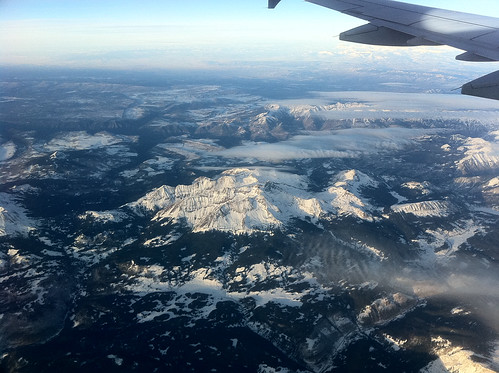 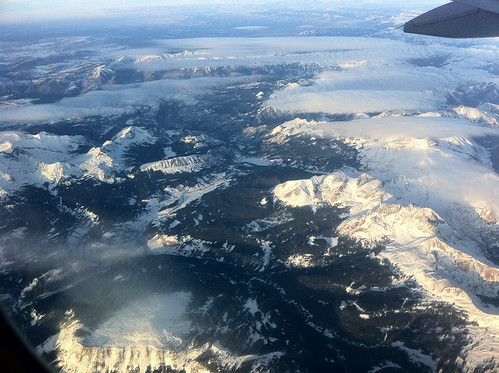 Orthographic clouds forming over mountain peaks. It's hard to tell if they are lenticular from this angle.

Aerial photography sure is fun.