On Sunday afternoon, Nora, Marga and I went out sailing on Lake James with Uncle John. He's not really my uncle, but my love for him could best be described as avuncular, and he flew all the way to Spain to come to my wedding, so he's deserves an honorary uncledom. Earlier this year he bought a 24-foot sail boat which he loves to take out on the local manmade lake as often as he can. We were unsure of how well Nora would do on the boat considering that she can get carsick very quickly, but she did very, very well for her first time on a boat. I'm not certain that she understood that she was on a boat in the middle of a lake, but several times she did look over the side and say "Water, water!" She spent most of her time exploring the deck. As she does with the television remote control, she immediately intuited the importance of having the tiller in your hands and liked to grab for it. Once we let her have it and we went around in circles a few times.

We brought several layers of warm clothing, because everyone knows it's cold both in a sailboat and out on an open lake. The weather, however, was such a wonderfully perfect 24Â°C that we had trouble catching wind in the sails for most of the outing, not that anyone minded. The peace and tranquility of being out on the lake was delightful.

John brought out a plate of cheese and olives, which immediately endeared him to Nora, who is a big fan of both foods. It was a wonderful hour and a half out on the lake. We vowed that next time we should bring some lunch and make a day of it. 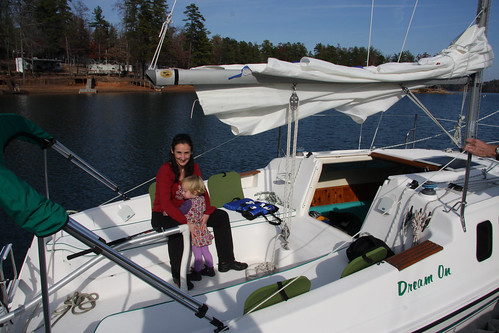 On board the Dream On. Unfortunately, I was an idiot and didn't get any photos of John on our outing. It shan't happen again. 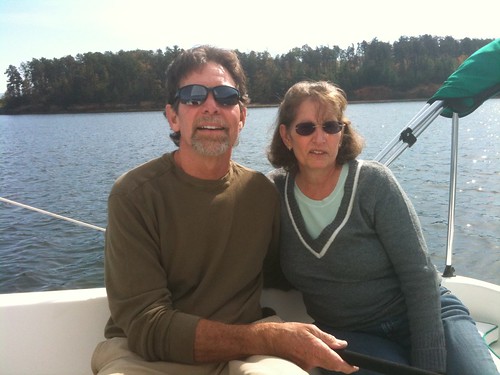 Update: Here's a photo of John and his wife, Linda, taken by my father on a previous sailing adventure. 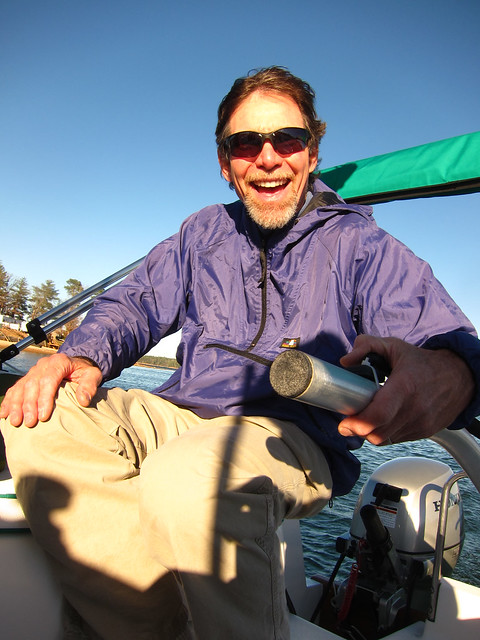 Update 2: Another photo of John sailing his boat, courtesy of Jacob Pittman. 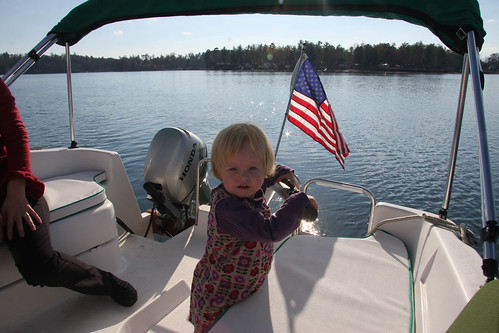 Nora takes the helm. She lives in a fishing village, so she's very nautical. 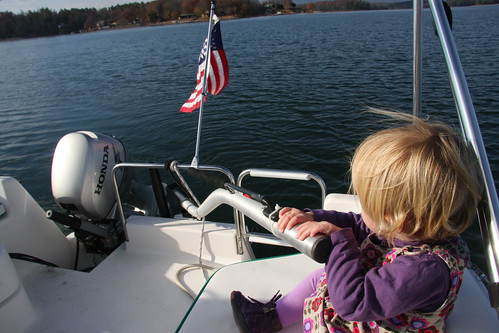 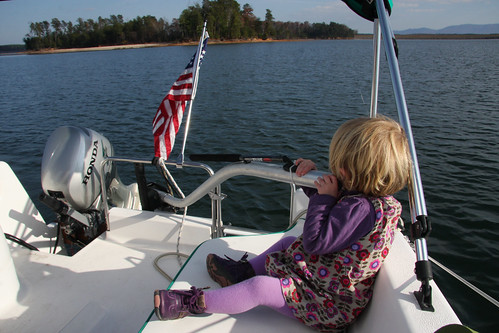 Manning the tiller actually requires some arm strength, otherwise it might push you overboard. 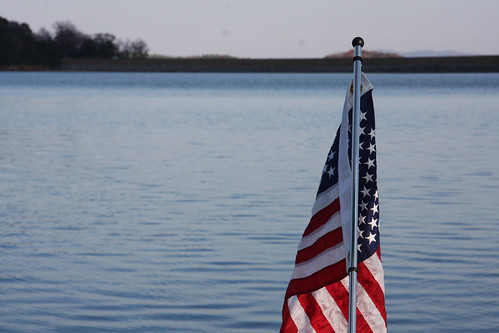 Thank you very much, John, for a wonderful trip out on your fantastic sailboat. We can't wait to come back and do it again!